Dave and I have just returned from another visit with my family in Bend. As you may understand, this is a difficult time for our family. I want to thank you all for your kind words, emails and prayers for my Mother. Though growing weaker every day, she hasn't lost a bit of her mental quickness or sense of humor. Mom amazes.

Mom comes from a long-line of bakers. She is a marvelous cook - but is famous for her baking - pies, cakes, cheesecakes, breads, cinnamon rolls, cookies, etc. Mom has won several blue ribbons for her apple pie. I am working on a cookbook of my Mom's recipes and plan to include food-related family photos in the volume. Dad has been going through old photographs for the cookbook. My sister has put thousands of old family photos on a DVD and my other siblings are gathering food-related photos of Mom. It really is interesting and fun sorting through old photographs!

I am the first of five children and the first grandchild (on my Dad's side), so as you can imagine there are a lot of photos of me. (My poor little brother, ten years down the calendar barely has any baby pictures... albeit his photos are in color and I am in living black & white.) 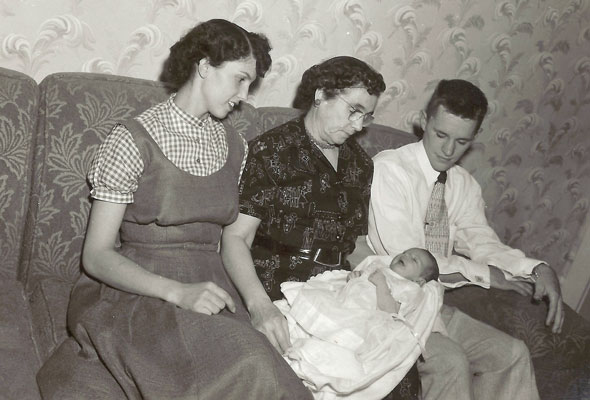 Here is Princess Terry, probably just a few days old. I am being held by my maternal grandmother. Dad looks a teenager (he wasn't) - and Mom still looks at me in the same adoring way. 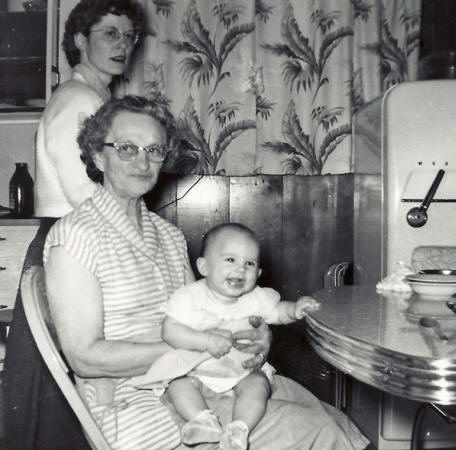 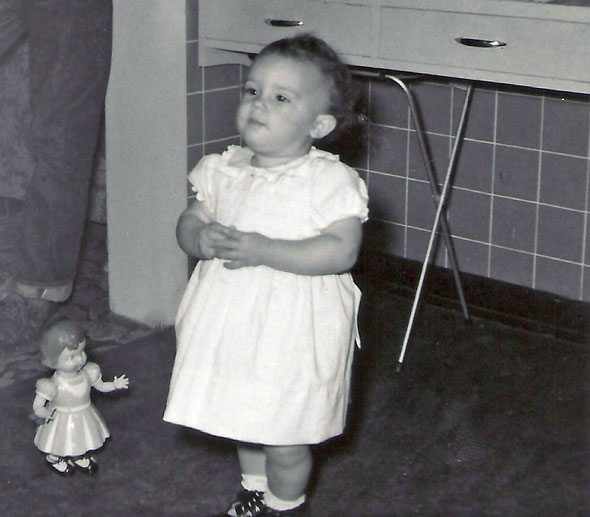 Look who is all dressed-up for her 1st birthday party! With a new wind-up doll too. Some things never change - look at those chubby legs and fat ankles.

I'm pretty sure I was retaining water. Or milk. 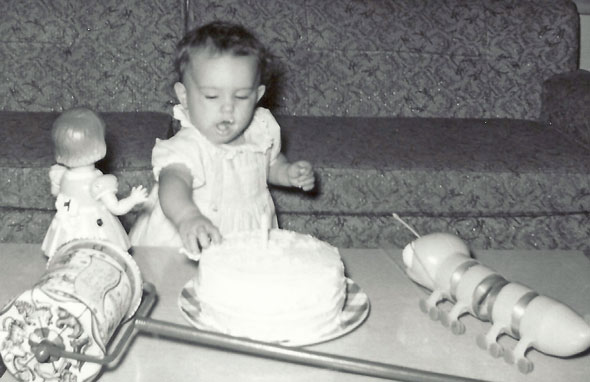 Later the same evening... diving into my birthday cake. More loot too! A slinky caterpillar toy and a rolling-thingy. Spoiled brat, no doubt. 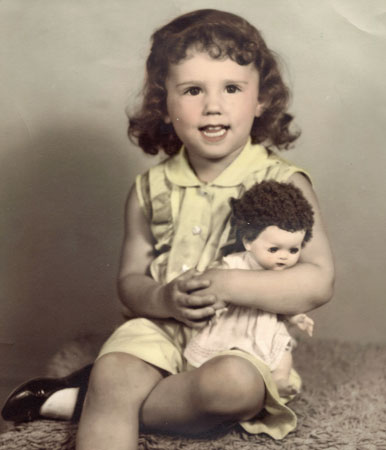 Looky those curls! And what is with the hair on the doll? Kinda freaks me out. If I had that doll now, it would probably be worth a thousand dollars on eBay. 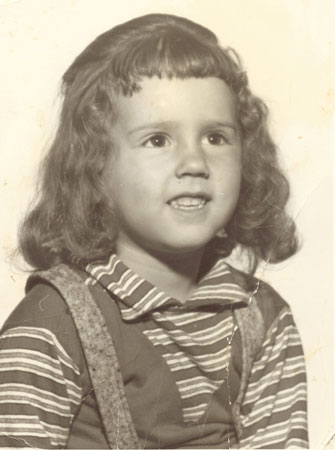 Who trimmed my bangs? Probably me.

I have a ton of other photos, but will not bore you tonight. Instead, I will fast-forward to yet another black & white photo of those chubby legs and ankles: 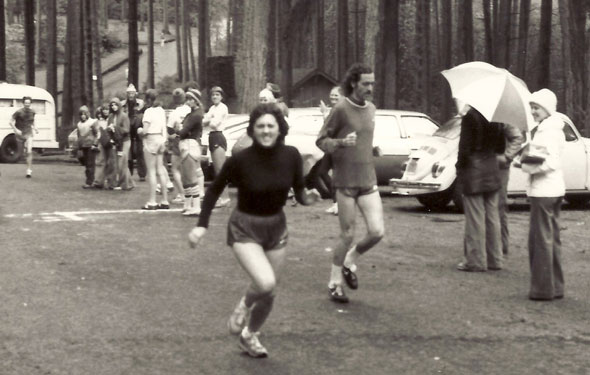 Speed Racer! Who is that tall, skinny dude running with me? Yep. My Driver! We think this was around 1976-ish. We ran a "Guys & Dolls" tag-team charity fundraiser relay in Hendricks Park in Eugene. I don't think we won, placed or showed. One half of the team did not perform as well as the other half.

Well, that was humiliating. Seriously? Running in a turtleneck?

Until my next update, I remain, your black & white correspondent.
« Thoughts from the treadmill Lunch with Pam »