Santa Rosa, California: After such a good weekend celebrating Virginia and Mother’s Day, we had one of those days that makes you want to sell the rig and buy a condo in Florida.

There were no problems leaving the RV park this morning. Attaching the toad went off without a hitch (pun intended). We headed north on Highway 99 and exited to get fuel ($4.25 per gallon) in Ripon. This is where we had our first haphazard moment o-the-day. There was some sort of traffic jam at the Love’s truck stop. We waited for a while…hanging out on the road, waiting to enter the Love’s parking lot. Finally, realizing we (and the truckers behind us) were causing quite a traffic jam, we squirmed around the back-up and headed to the next-door truck stop, Flying J. However (dot dot dot) we could not figure out how to get into the Flying J!

We had to traverse the streets of Ripon, before winding ourselves back to the truck stop area. It was like this was the first time we had ever needed fuel and were complete newbies.

When we returned to Love’s, it was like a ghost town. No line at all. We easily found a slot in the fueling lanes. My worst job as a co-pilot is to enter the truck stop to arrange payment for over 100 gallons of diesel, while having to smell hundreds of hot dogs as they twirl around on heated rollers. A mortgage payment later, we once again entered Highway 99 and continued north.

Then started the drive north-west towards wine country, north of San Francisco. I-5, 12, I-80, back to 12… and the roads are so bad. Huge potholes. While on a two-lane section of Highway 12, we were about 6th in line behind an old sedan towing an ancient travel trailer. The speed limit was 55. The trailer-tow was driving 30 mph. With countless opportunities for a turn-out, the driver seemed oblivious. At one point – we followed the trailer for 15 miles – Dave could no longer see the end of the caravan behind us. Is this a good time to note the trailer had the right turn signal blinking the entire time?

Finally, the car (it was driven by an elderly woman) moved into a left turn lane – with her right signal still flashing – and we were all freed.

Except we weren’t. The roads grew simply awful. (I know we have driven this bumpy road before and I have complained before, but certainly The Governor reads My Blog and would have made repairs?) I was about to have teeth dislodged, and there were rattlings in our bus we had never heard before – the worst bouncing/vibrations/shaking we had EVER encountered – when it suddenly seemed we had a flat tire. Our bus lurched right and left and right and left and right and left! Dave immediately pulled-off the road into a (conveniently-placed) wide spot on the highway. We hopped out to see what disaster awaited our afternoon. Nothing. All eight tires fine. Tow bar fine. Car fine. No broken axle.

My Driver left me on the side of the road, as he pulled the bus+car forward several feet, so I could watch/listen for impending doom. Nothing. After pulling back onto the road, we decided the car had became so discombobulated, it became airborne and began to fishtail? But how could that little car cause a 54,000 pound/45′ motorhome to lurch so dramatically? It is the best option, as everything was normal for the rest of the afternoon.

Readers: has this ever happened to you? Please comment below.

We found our campground in Santa Rosa and then had to grease-up the sides of our RV as it took three attempts to wedge the Magna Peregrinus into our slim (not angled) assigned campsite. 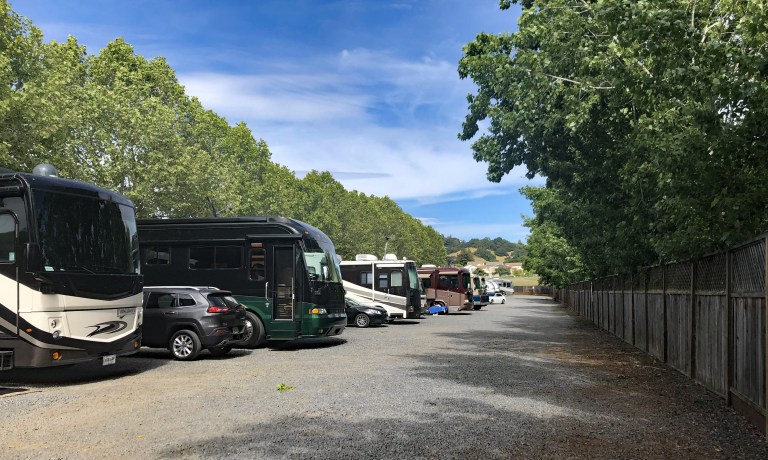 This campground was designed before 45-feet-long motorhomes were designed. See the brown/maroon-ish RV a few sites beyond? Campers from the Motorcoach Country Club – Melanie & Bruce. They also had a three-attempt approach for their landing.

We do have a 50 amp site, but their wifi is non-existent, and my AT&T cellular signal is weak, so I am using my Skyroam for the first time in months. It is working perfectly!

Finally, things were looking up, and we are fine. 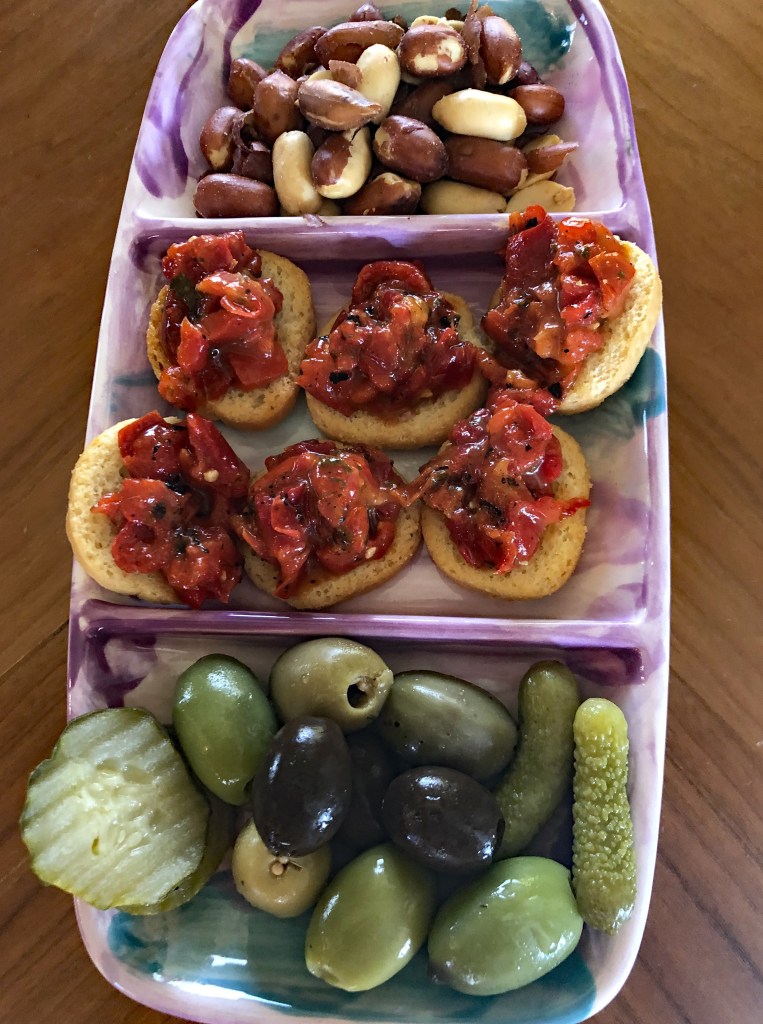 Then I put out a few appetizers using the adorable tray Lucy made for me for Mother’s Day. A martini was shaken. A track meet (world relay championships from Yokohama, Japan) played on our DVR. Our terrible drive was behind us. Whew. What a day.

While at the Pac-12 basketball tournament in Las Vegas this past March, I bought a small jar of tomato and olive pasta sauce at Eataly. Tonight was the perfect night to serve it over penne – with a Caesar salad. 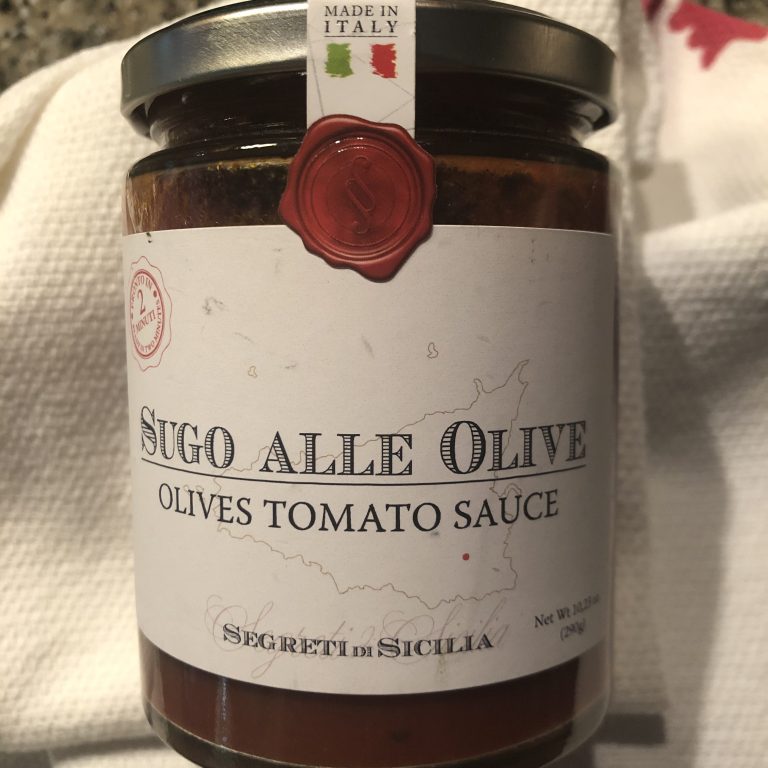 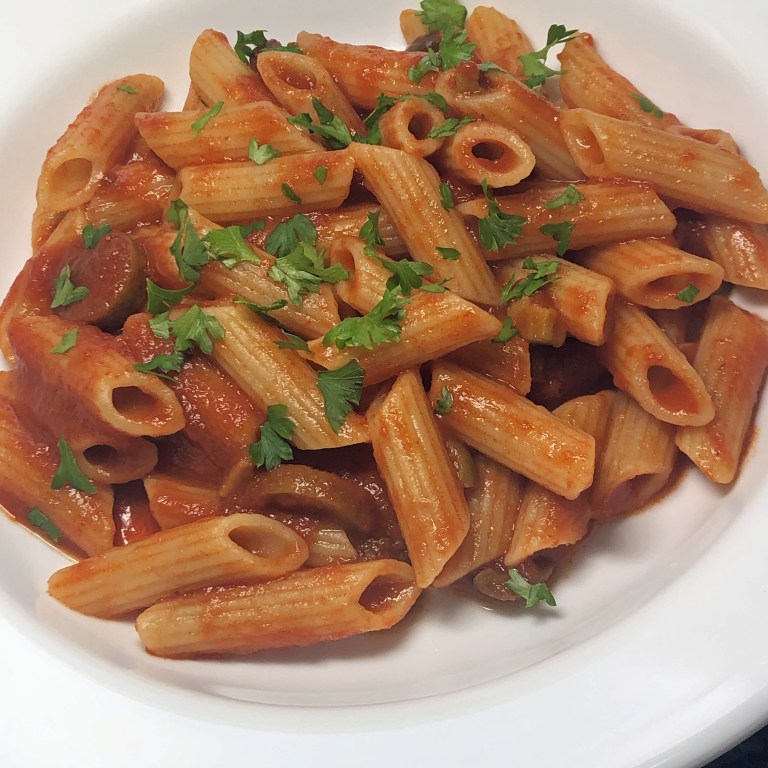 We will sleep like babies tonight, and begin our vacation exploring the area around Santa Rosa tomorrow.

Until my next update, I remain, your “shaken rattled, not stirred” correspondent.