Indio, California:  Before I post photos of the fun and fabulous Tailgate Tuesday party, may I please make mention of My Morning?

All sorts of hell has broken loose on our little campsite. Wind is normal and to be expected in the desert in the winter. Rain... not so much, but we have had a little this week, along with just crazy on-and-off windy days and nights. I (Dave is in Portland) have battened down all hatches and protected the tomatoes, but I have no idea what happened outside during the recent storm. We lost a potted flowering plant (sorry, Dear Tim). The plant was found in fifty pieces (still on our property), but without the liner nor the container pot. Gone.

Sometime during the same storm, there was an epic battle between a bird and our sliding glass casita door. The door won. The bird lost. Feathers and bird innards plastered everywhere on our glass doors. However... no dead bird splayed below said sliding glass door. Where was the bird carcass? Did the bird recover, without much of her/his intestines/feathers? Did another critter (our resident raccoon or owl?) make-off with the bird remains? And why was rabbit poop all over the same area of our patio? And why was duck poop everywhere? What happened out there? Do we need video surveillance? Were the animals having a party and we are not invited? Did the animals have a bird funeral and we are not invited?

So if you were to pass our campsite this morning, that was me you saw wasting precious desert water to hose/scrub-off/squeegee glass doors and bird/rabbit/duck poop. I have never seen such a mess and can't wait to find out what happened... except I don't think any participant is available to report, so please feel free to write your best-guess below in the comment section.

No time to fret about Animal Armageddon, there was a party to attend at the Motorcoach Country Club this evening. Tailgate Tuesday was sponsored by Marathon Coach (Eugene, Oregon) and they generously poured Oregon-made wine and had two Oregon-made luxury coaches on display on the street behind the beautiful new plaza. 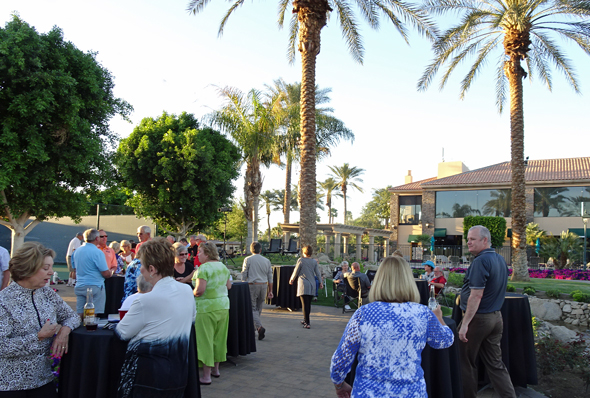 At five o'clock the new plaza begin to fill with campers. People brought dishes to share. 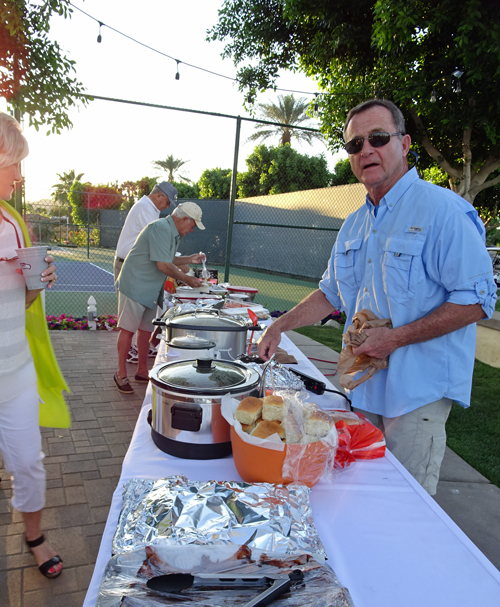 I contributed Twice-Baked Potato Casserole... but brought a Greek Salad for my dinner. There is no way to know if pork or shellfish something I cannot eat is lurking in a dish at a potluck. Guess that is why it is called a potluck... but is it really asking so much for people to label their contribution? Unless it is sitting in a red paper bucket from The Colonel, your crockpot contents are a complete mystery and possible a life-threatening dish to someone with allergies. 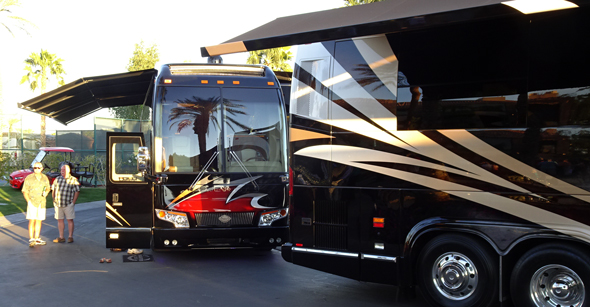 Which shall I choose? 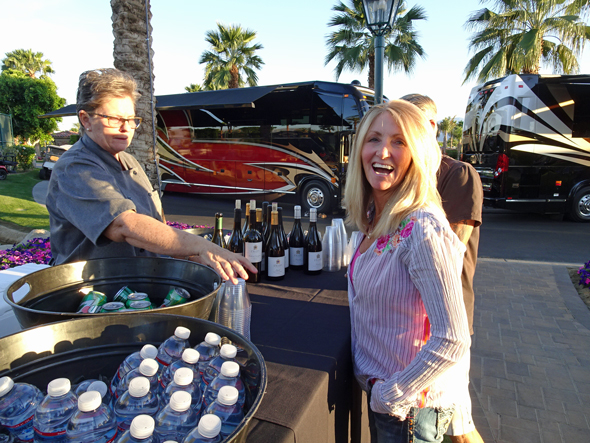 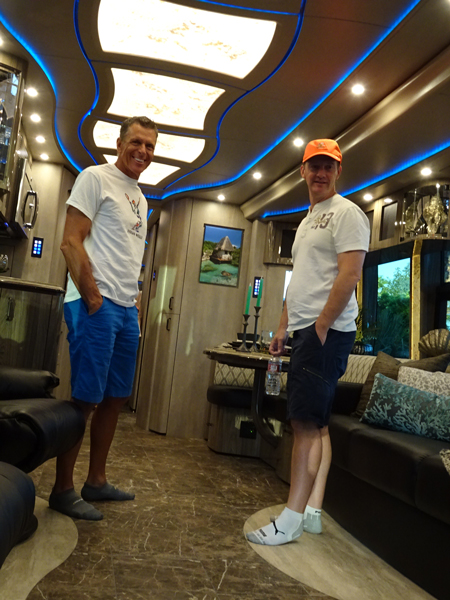 Though it took a few glasses of wine to get people out on the dance floor, the singer, Doug Roegiers, was extremely popular. Mr. Roegiers sings "Brat Pack" favorites, so let's just say everyone in the crowd pretty-much knew every word to every song... myself included. Doug Roegiers could indecipherably exchange words in a song to make it a bit risqué, yet Little Johnnie could still be in the room. 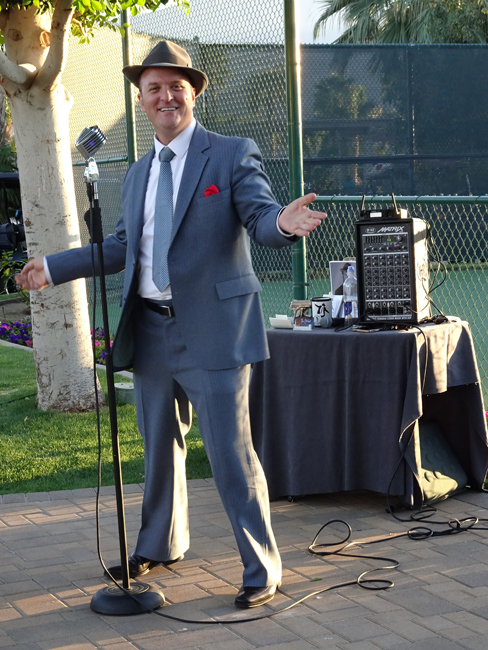 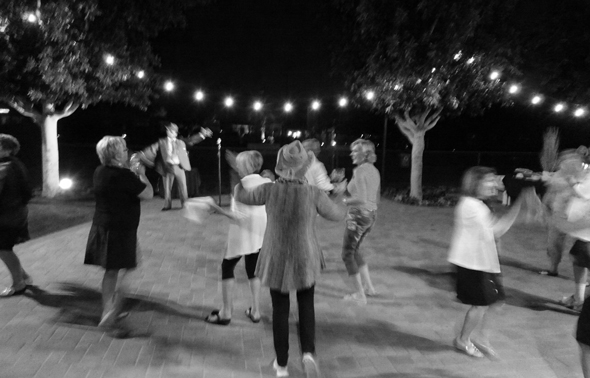 Another great evening at the Motorcoach Country Club. A huge thanks to Oregon's Marathon Coach for sponsoring this event.

Until my next update, I remain, your potluck correspondent.