Indio, California: Not sure if it due to the upcoming Super Bowl or just a coincidence, but today the Motorcoach Country Club held one of their occasional "Tailgate Tuesday" parties. These gatherings consist of people bringing appetizers to share from the back of their golf carts - or boats - or just on foot. It is BYOB affair. 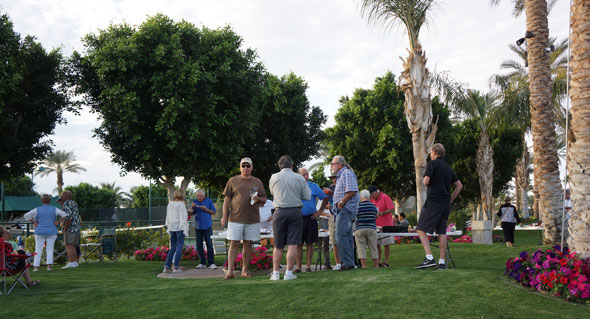 It is also a BYO Chair and BYO glassware affair - but it was fun and we met a new fellow campers and were reacquainted with old pals. 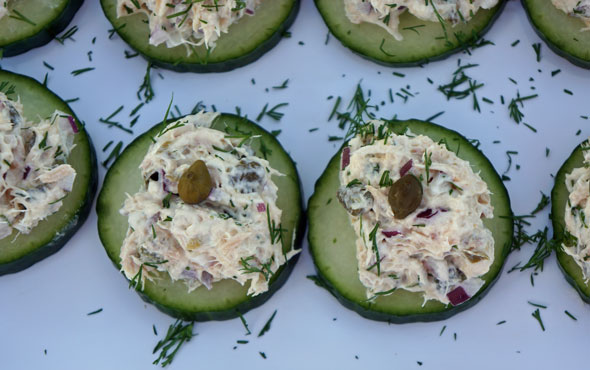 I used one of our precious teeny little tins of line-caught alder-smoked Oregon albacore tuna and mixed it with a little cream cheese, minced fresh dill, red onion and capers and piled it on top of cucumber rounds.

It only made a dozen canapés - but the plate was empty by the end of the event.

I made a little sign with the ingredients of my appetizer and wished more people would have done the same as I wanted to try several things, but was unsure if they held pork or shellfish... so left them untested. Dang. 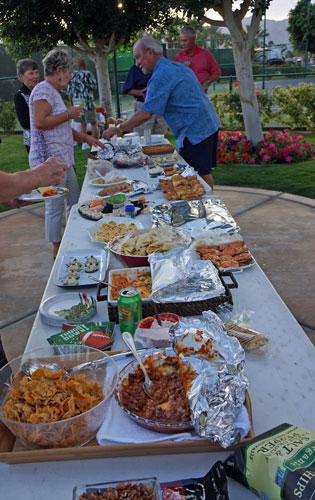 As seems to be true with most campground potluck events - so much food just goes uneaten. Too much food, but, Oh My Goodness - I can't tell you how many wonderful foods I did taste this evening. 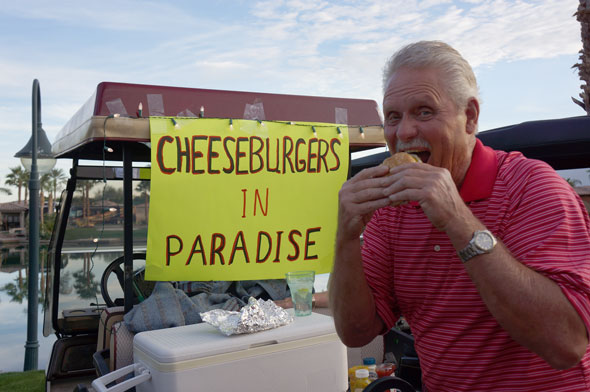 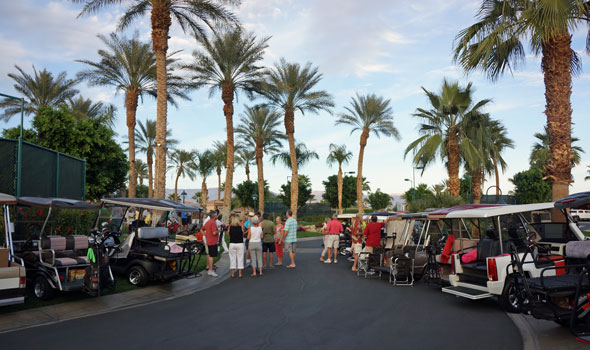 The event was really well attended, and I am going to assume the "heavy hors d'oeuvres" served as dinner for everyone gathered (especially since the clubhouse restaurant is closed on Tuesday evenings).

We arrived just after 4p (day drinking!) and returned to our campsite just in time to watch the State of the Union address.

SLOGGER REPORT: I ran two miles today! Woot! My injury is improving at a rapid rate.

Until my next update, I remain, your neighborly correspondent.