Tubac, Arizona:  Brother Steve & Gina have arrived in Tucson to exhibit their colored gemstones at the Tucson Gem Show. Today we drove (30 miles, in the Honda) up to Tucson to spend the afternoon with them. They asked us to meet them at one of their favorite Mexican restaurants near the Convention Center - El Minuto Cafe. El Minuto is operated by the third generation of the same family. 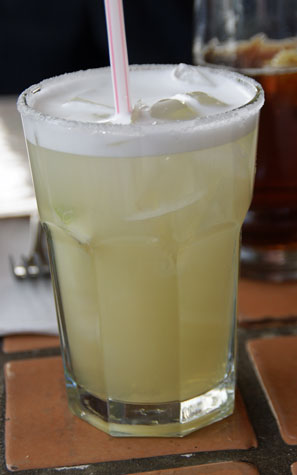 Obligatory margarita photo. This margaritas was
just ho-hum - but the food was outstanding. 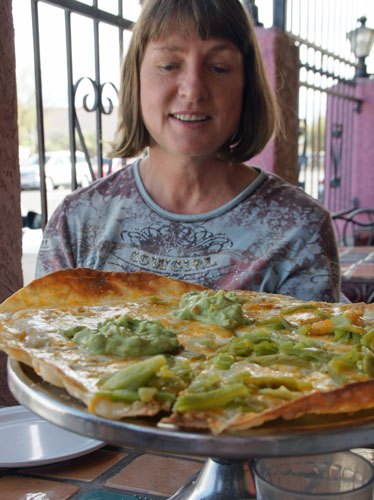 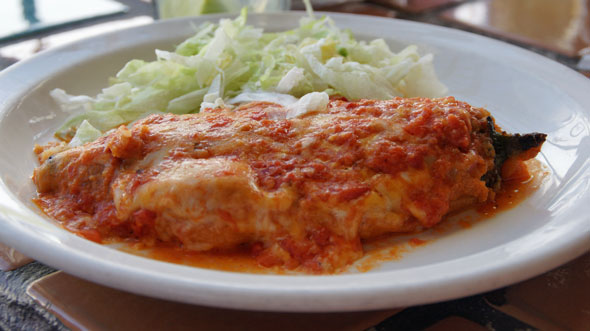 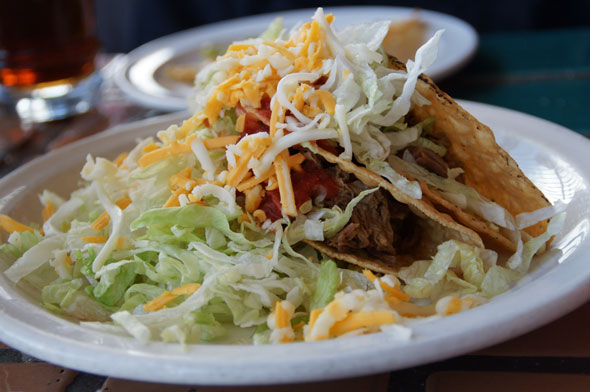 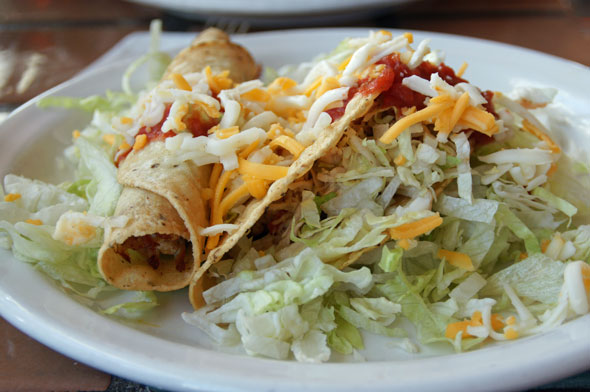 I wanted chicken tacos, but couldn't decide if I wanted them rolled or folded... so tried one of each

The Tucson Gem Show is one of the largest gem shows in the world. Thousands of dealers selling everything - diamonds, gemstones, gold, pearls & anything else you can think of - are here from around the world. In turn, thousands of jewelers flock to Tucson to buy their inventory. Security is amazing. Some of the gem show venues, such as where Brother Steve & Gina show their gems, are exclusive. Only members of the American Gem Trade Association may exhibit at the Convention Center and only members of the jewelry trade are allowed access to the Convention Center.

After that, it's open season and every hotel ballroom in Tucson has been turned into a miniature gem show - open to the public - for the next few weeks!

With our bellies full of tacos, we walked over to a huge exhibit area that sprawled along several motels, their parking lots, ballrooms, around the swimming pool and even the lower floors of the motel rooms! (The usual motel room furniture had been removed and little shops were now open in each room!) I had never seen anything like this - but Steve and Gina have been coming to Tucson for over 30 years and knew exactly where to go and knew everyone on a first-name basis. It was like having a behind-the-scenes tour! Fascinating to DT and myself.

Boy, did we see a lot of stuff. 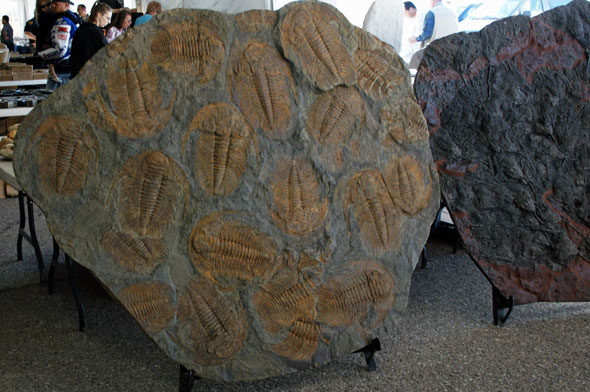 This is a slab of trilobite fossils. Just the thing for your living room wall? No? These panels cost tens of thousands of dollars. I would have nightmares if that thing was in my house. 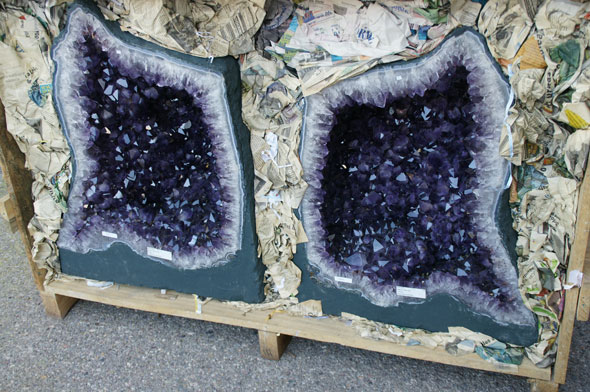 Amethysts then maybe? In a geode? These are packed for shipping directly to your home! The color is simply amazing! 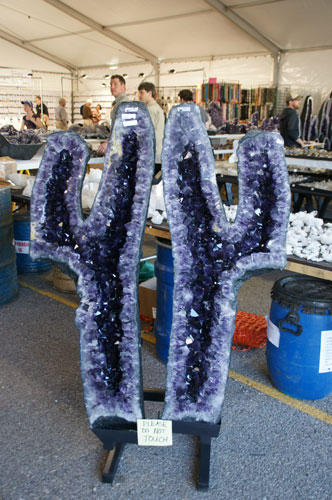 How about this rare amethyst geode in the shape of a Saguaro cactus? What could be a more perfect souvenir of a visit to Tucson? Only $5000.

We walked through many tents and were amazed at the things we found for sale. Need a dozen strands of pearls? A two-foot-tall hippo carved in green marble? Need a set of alabaster bowls? A Buddha carved in a piece of crystal for $120,000? Interestingly enough, we saw very little ready-to-wear finished jewelry. Just stones. Some of the displays had tray-after-tray of colored gem stones, carefully placed in individual plastic cases. Every shape, cut and color you could imagine. Steve and Gina can tell a pink tourmaline from a pink emerald from 20 paces, so they were great guides and we learned so much today. I had no idea emeralds came in colors other than green. We didn't buy a thing, except lunch! 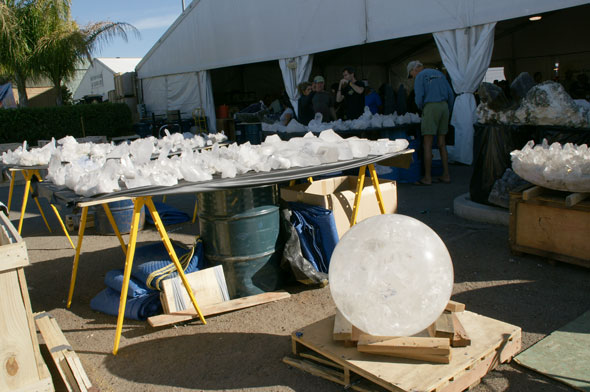 Because, really, how many giant crystal balls does one girl need?

Until my next update, I remain, your gem-quality correspondent.