Indio, California: The wind went away overnight and we awoke (quite early for us) to calm waters. The dust had settled and the mountains were once-again visible 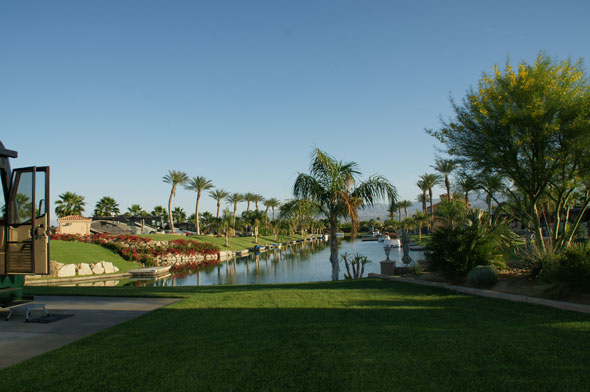 Not even a hint of a breeze. 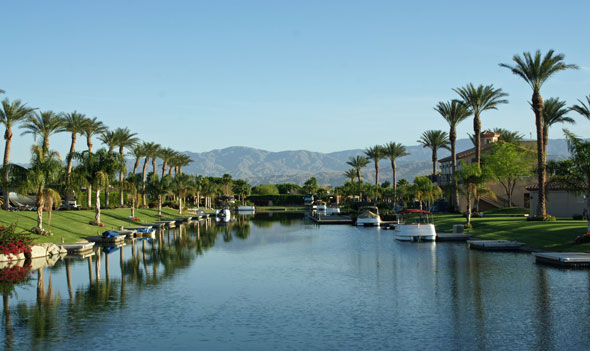 No white caps on the water. 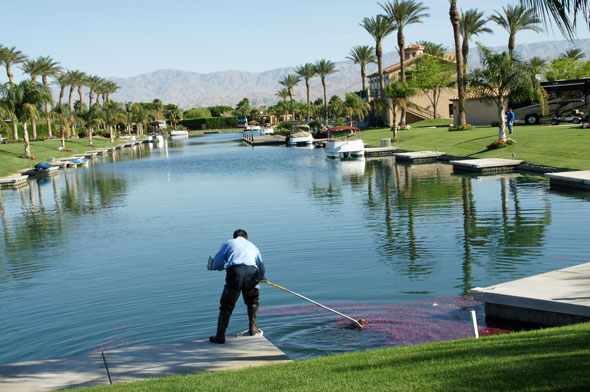 The poor guys maintaining the waterway in the Motorcoach Country Club had to drag buckets of bougainvillea blooms (and one dead fish!) out of the water this morning.

We drank coffee, we checked our email on the interweb, we shipped books, we ran and then I prepared a very unusual breakfast/brunch dish. Think of it as a BLT in a bowl. 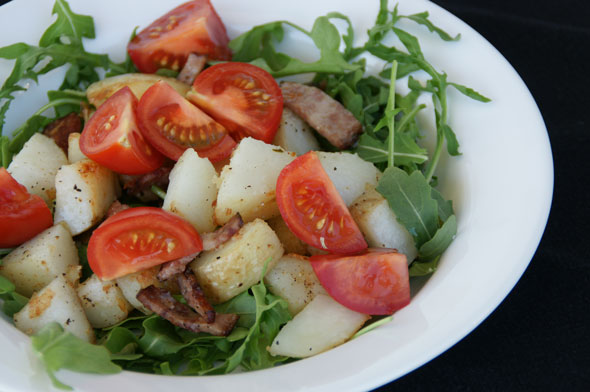 I boiled a few chopped Yukon potatoes and then sauteed the tender spuds with a few slices of uncured turkey pepper bacon from Trader Joe's (20 calories per slice and no nasty chemicals), until everything was browned and crispy. This savory mixture was placed over a bed of fresh arugula (cast as the "L" in a BLT) and topped with fresh tomatoes. Wow - was this yummy. The arugula was perfectly wilted by the hot potatoes. The fragrance is luscious. Unusual to some people, but some people just need to step out more.

World's Most Expensive Sticker is only 1x2 inches.

For (late) lunch today we went to a little taco place at the corner of Highway 111 & Jefferson. Though we have passed-by Tacos Gonzalez countless times, we have never been inside because - quite frankly - it is most unappealing from the street. 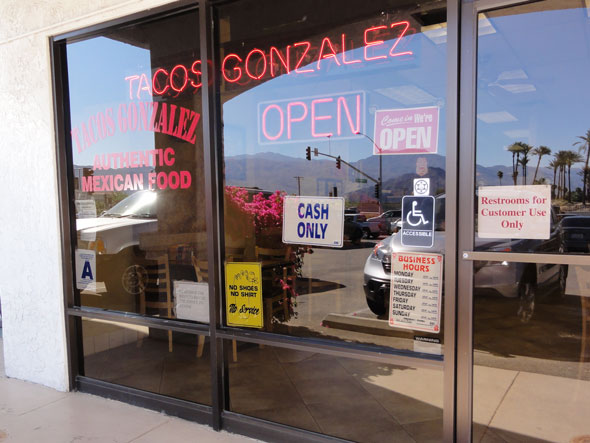 The signs in the window proclaim a few things:

1. We retain the right to refuse service to anyone.

3. Restrooms for Customer Use Only.

Plus, the taqueria is in a not-so-fancy strip mall. No matter, we heard they had great food and (notice the "A" rating from the Health Department) if the joint is clean, I am willing to give it a try. 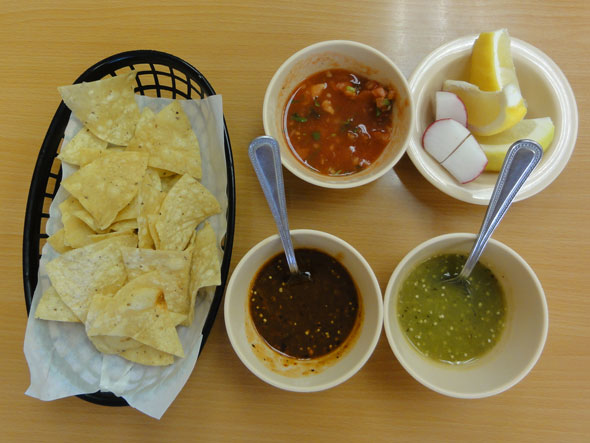 We approached the counter, but were instructed to take a seat in their 22-seat restaurant. The counter was for "to go" orders only. Tacos Gonzalez had table service! We were immediately served three different salsas, chips, lemons and radishes. A very friendly and attentive server took our order. 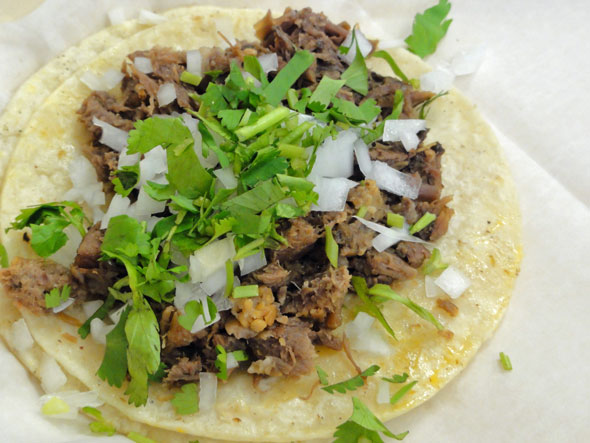 My Very Adventurous Driver ordered a beef tongue taco. He proclaimed it "delicious". 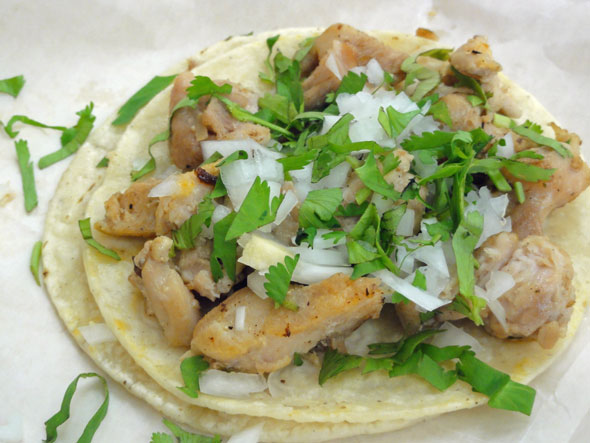 Tacos Gonzalez uses actual plates - lined with paper - and actual stainless steel cutlery. Our drinks were served in actual glass! This Oregonian just loves it when nothing is served in (way-too-prevalent-in-California) styrofoam. Extra-Credit, Tacos Gonzalez! 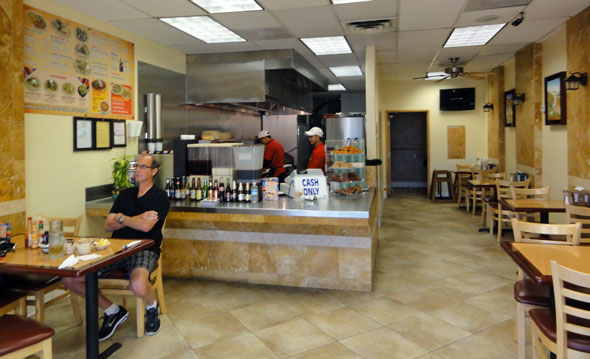 DT was trying to watch some sort of science-fiction flick (English-language film, dubbed in Spanish) on the television at Tacos Gonzalez.

Captain Jim and his First Mate joined us to watch the NCAA Championship game on our outside TV. I had picked Kansas to win it all in our family pool, so the $1 prize will be going to our nephew, Michael. Lucky guy!

Tomorrow we are having the Magna Peregrinus cleaned inside and out! The tile is being steam-cleaned, the leather is being treated and the entire coach is getting a very thorough Spring Cleaning. Dynamic Mobil Detailing is going to wash the outside of the bus.

I am so excited.

Until my next update, I remain, your dirty correspondent.