Indio, California:  Like probably most Americans, we watched the Super Bowl. Neither of us have an allegiance with either team. I am not a football fan and avoid the NFL as much as possible, with the obvious exception of the team from Washington, DC, home-town and favorite team of our favorite son-in-law, Lenny. DT's family grew up following the San Francisco 49ers... and well, he didn't have them to cheer for this year. (Thanks, Chip.)

Around Thursday, I had to ask DT to remind me, once again, which teams were playing in the Super Bowl. He kept telling me it was the Tom Brady's v the Matt Ryan's, which didn't help me at all. At all.

Best part of the game is the excuse to eat unhealthy salty foods and wash it all down with icy beer! I didn't even plan dinner and the note on our weekly menu plan actually stated: Super Bowl Junk Food Fest. 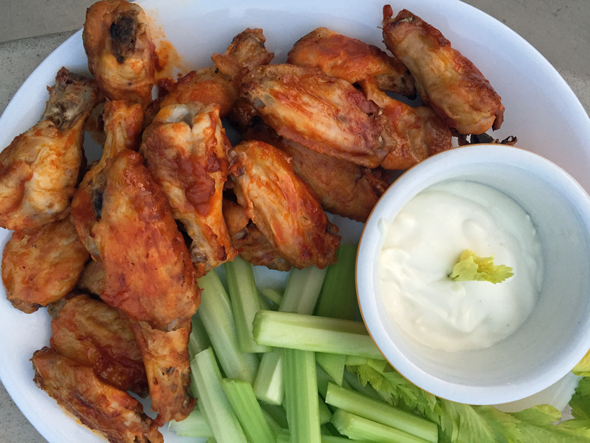 I know, and the game wasn't even in Buffalo!

There was another large plate of cucumbers, carrots, olives and other healthy foods, but who would think of photograph that pretty platter? Not me. 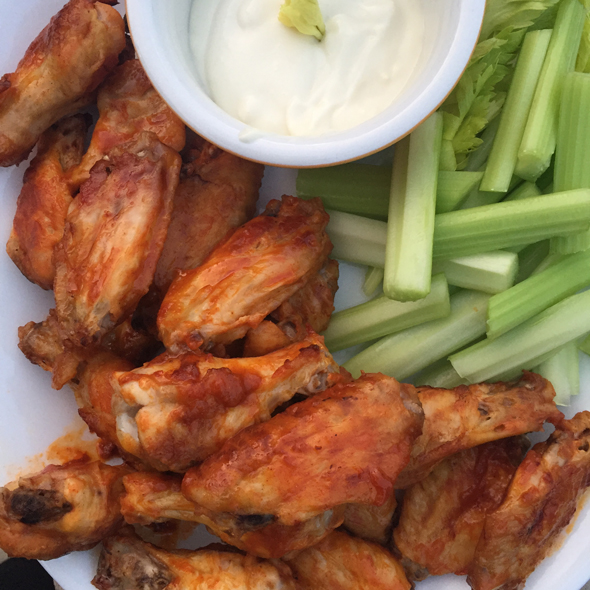 I have been working on a re-do of my Caramelized Onion Dip, finally figuring-out what was missing/wrong. More sour cream. More bite. Balsamic vinegar. 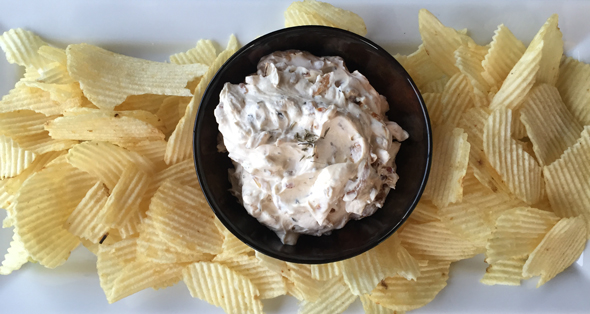 After testing four different times, the dip recipe has been officially updated on this blog. 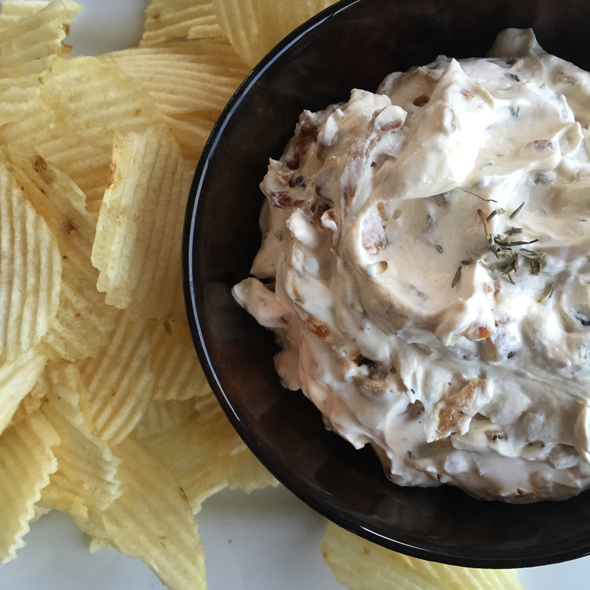 While my onion dip obviously still pales in comparison to Lenny's Famous Dip (Lipton Onion Soup Mix + sour cream), I offer it for your consideration.

The football game was very entertaining. Lady Gaga jumped from the roof of the arena in Houston. I didn't see a player taken off the field in a stretcher. It was a dramatic win, with two dramatical-fantastical catches, and the first-ever Super Bowl to go into over-time. Not a fan of the sudden-death over-time rule. Doesn't it only give advantage to the team lucky enough to win the over-time coin toss?

But no one asks me.

If they did, all of America would have been glued to their televisions, watching track & field this weekend.

Until my next update, I remain, your caramelized correspondent.