Sunriver, Oregon: We had a very fun and busy day. The house Lisa rented came with four bicycles, so we assumed a few bikes would work for a few of us, and we would need to rent a few. Turns out the bikes were junk. One was missing a chain. One was missing a tire. One had a brake pad dragging on the rear tire. The last one was just junk. So, our first task was to head over to the bike shop. We were each fitted with bikes, helmets, and a basket for my Townie (the same bike I have in Indio). Not only did Lucy get a teeny little bike, we decided to get a cart to fit behind Lenny’s bike, so she can be carried along when we take a route too far for her little legs.

We rode all around today. Together. Alone. In pairs. In the afternoon, we grabbed snacks and we all rode to the park. The kids played on swings, slides, and spinning rocket ships. After we rode back to our cabin, the skies opened with a huge thunder and lightning storm and big plops of rain and hail soon followed.

Just as soon as it started, the sun showed-up again, the sky became blue and it turned into a beautiful evening. This evening we drove to the Sunriver Village to have dinner at the Mexican restaurant, El Caporal, for really decent food. Service was fast, the margaritas were good and our food – an assortment of enchiladas, tostadas, burritos (and, of course, quesadillas for the kids) – was well-received.

Lenny ordered the vegetable burrito. It was the size of a football: 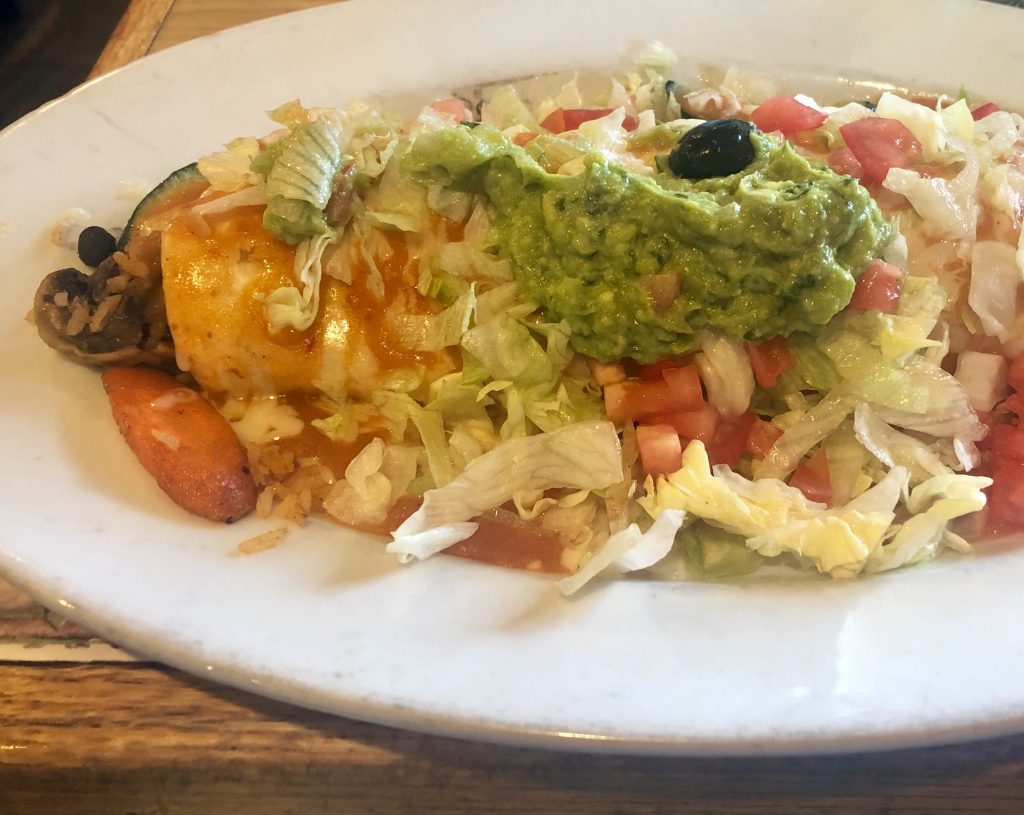 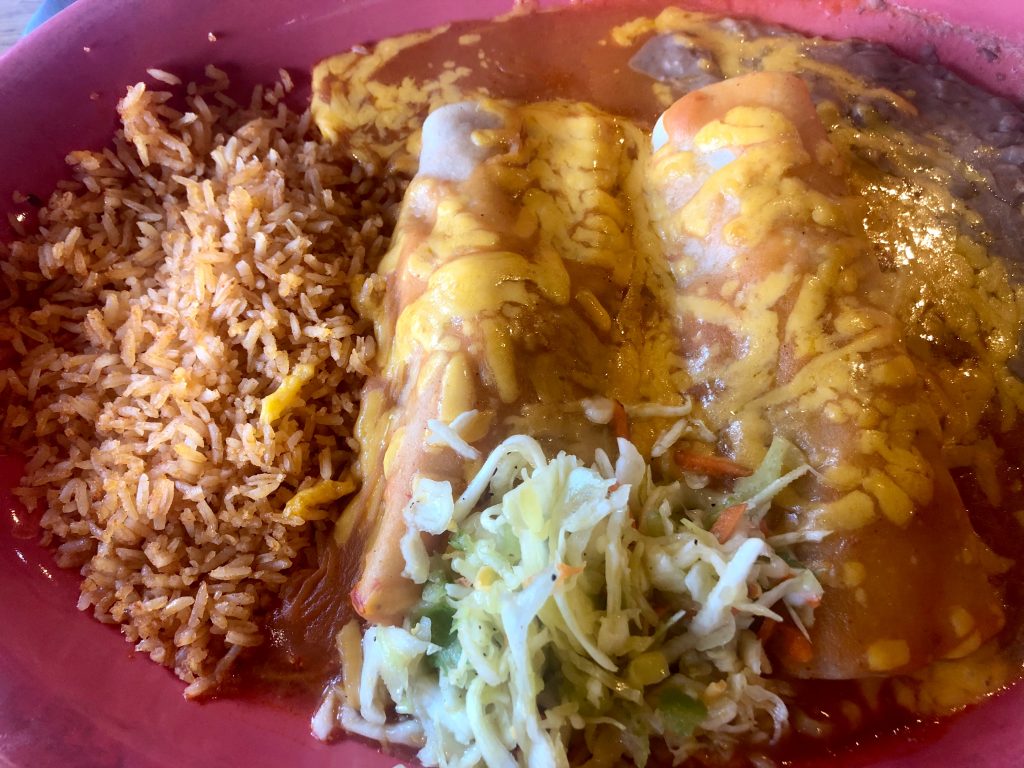 There was a fun-house situation set-up in The Village this evening, in conjunction with a craft fair happening this weekend. The kids tried all of the activities that were not shut-down to the recent rain/hail storm. I snapped a lot of photos, but the ones of Leo doing back-flips on the bungy-jump thing, are so fuzzy. Sorry, but he flipped at least six times. He couldn’t quite flip just a few months ago at the Riverside County Fair. 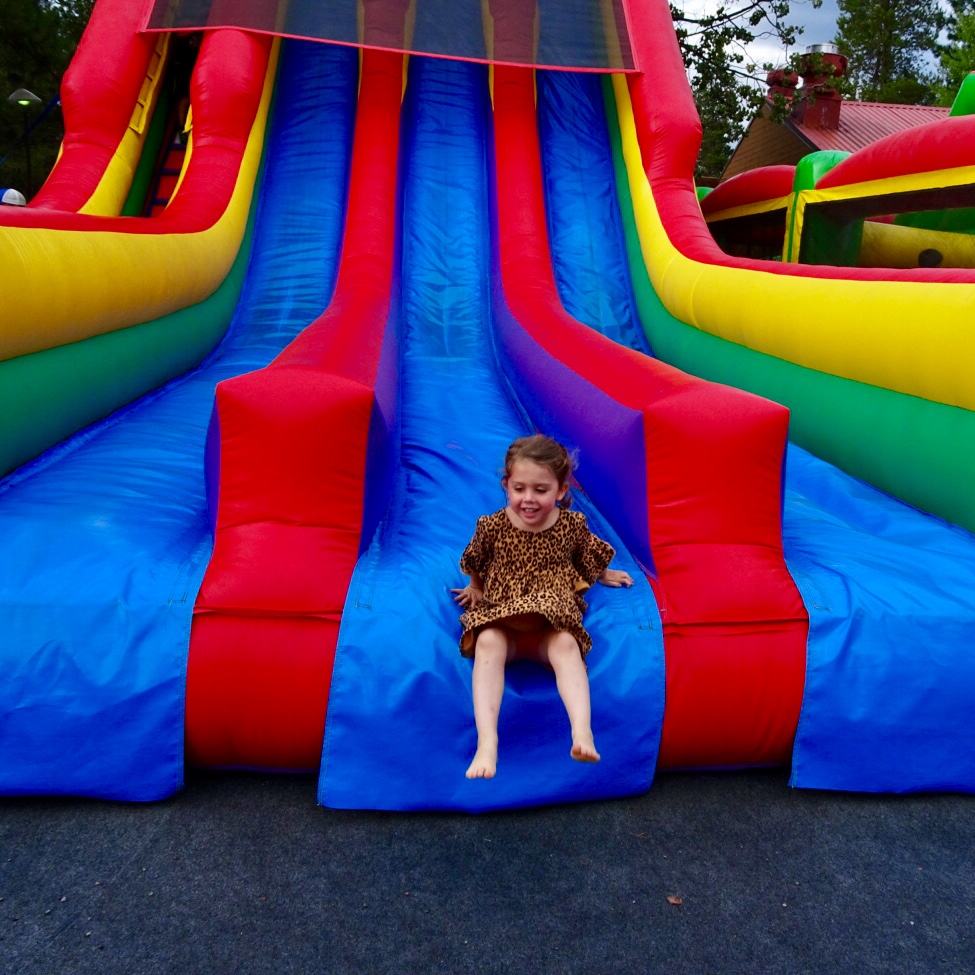 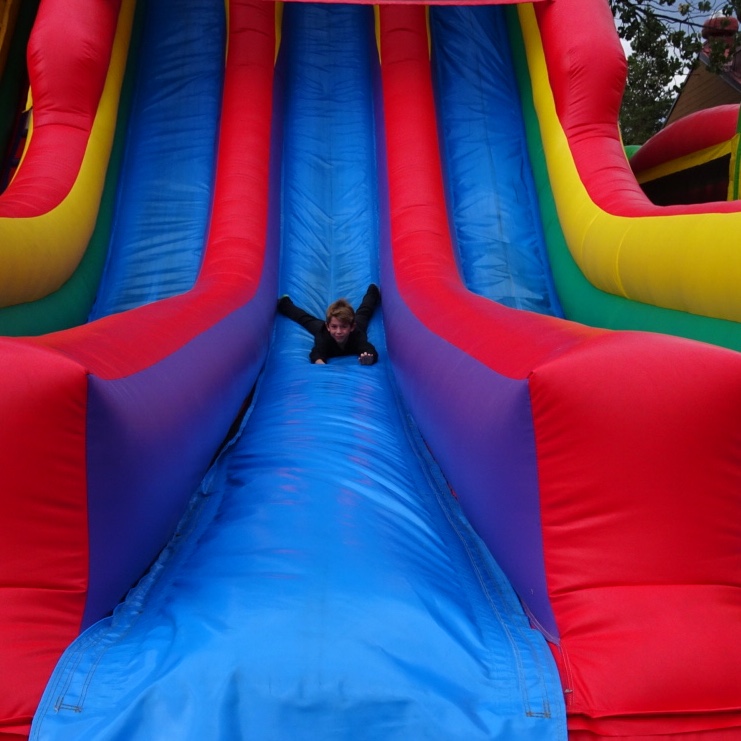 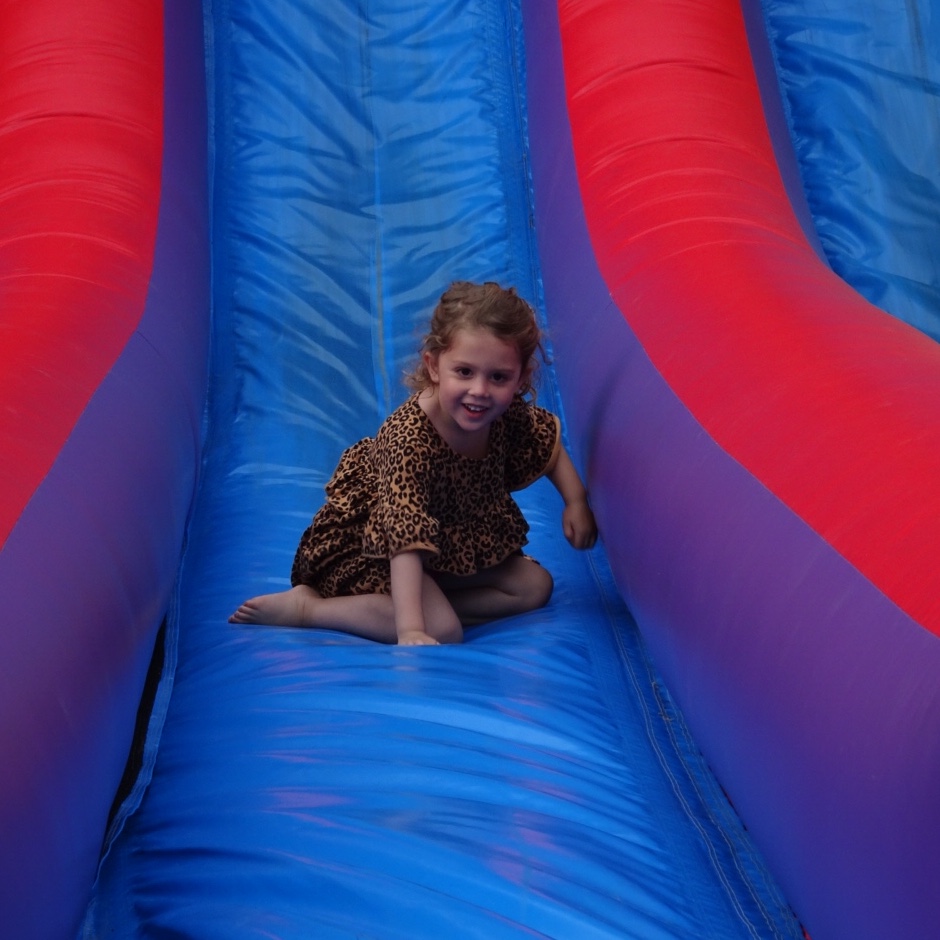 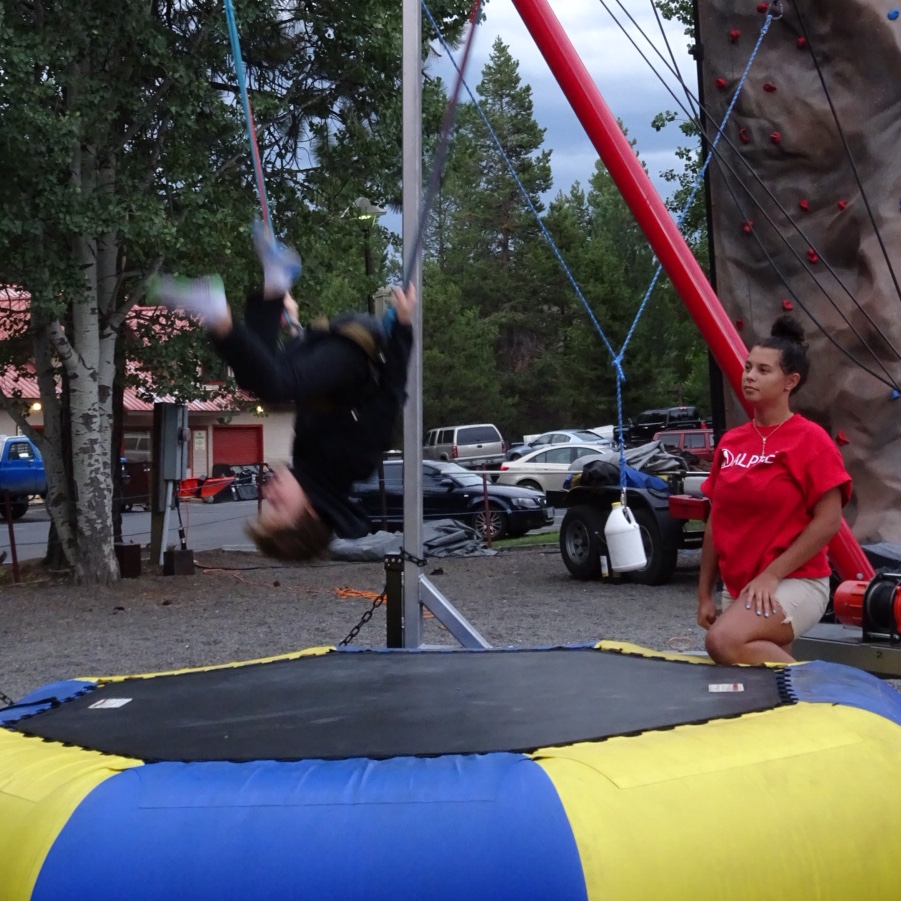 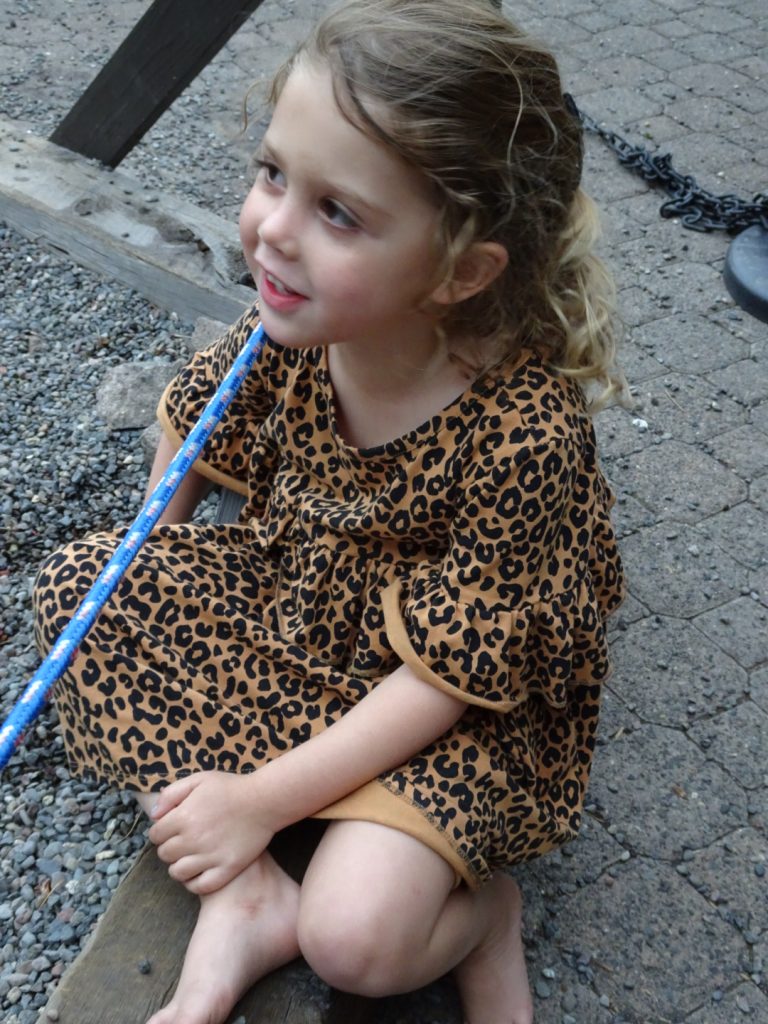 Another fun day in central Oregon. A big adventure planned for tomorrow.

Until my next update, I remain, your over-exercised correspondent.