Portland, Oregon:  As y'all probably know, we like to have a little pizza on Sundays. Usually made at home. Probably half the time, I create a Margherita Pizza - mozzarella, tomato and basil - the most classic of all pizzas, but we mix-it-up quite a bit. DT loves salty things, like anchovies and olives on pizza and he loves lots of dried red chilies as well. While perfecting the recipe, I made Dave suffer through several versions of Buffalo Chicken Pizza last month.

Tonight I made a mushroom pizza with a hearty whole-wheat crust - which means I used my regular pizza dough recipe, but switched-out half of the flour for whole wheat. 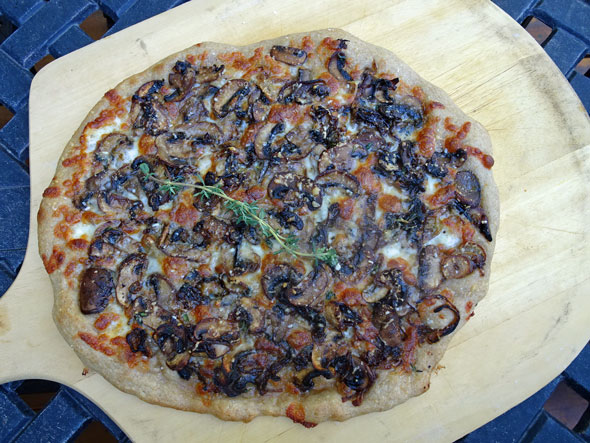 Earlier in the day, I sauteed two thinly-sliced shallot bulbs and 3 cloves of sliced garlic with about 10 sliced Crimini (baby Portobello) mushrooms, in olive oil. When the mushrooms were perfectly golden, about a tablespoon of fresh thyme leaves were tossed in - along with a bit of salt and pepper. The mushrooms waited in the fridge all day.

After the dough was rolled-out and had rested/risen for another 45 minutes or so, I brushed a little olive oil over the crust, sprinkled a teeny amount of shredded mozzarella (only about 3 ounces - the mushrooms were the stars of this pizza), placed the mushrooms evenly over the cheese and then sprinkled a teeny bit of finely grated Parmesan over all. Nine minutes in a 525 degree oven (the highest temperature on my oven dial) and dinner was served. 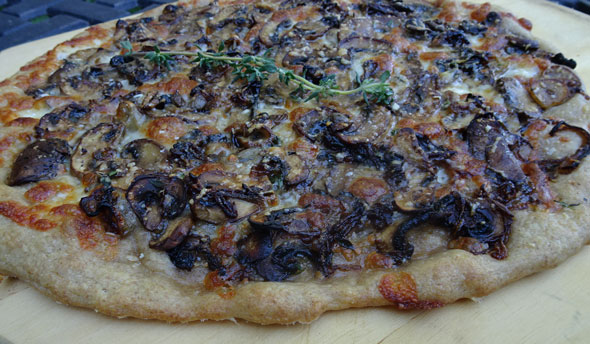 Outdoors! It was a beautiful day. 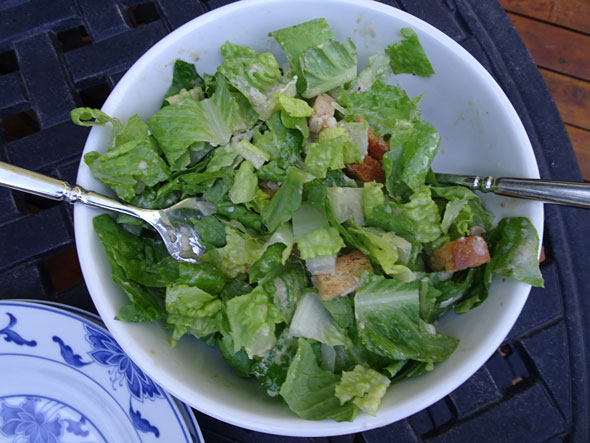 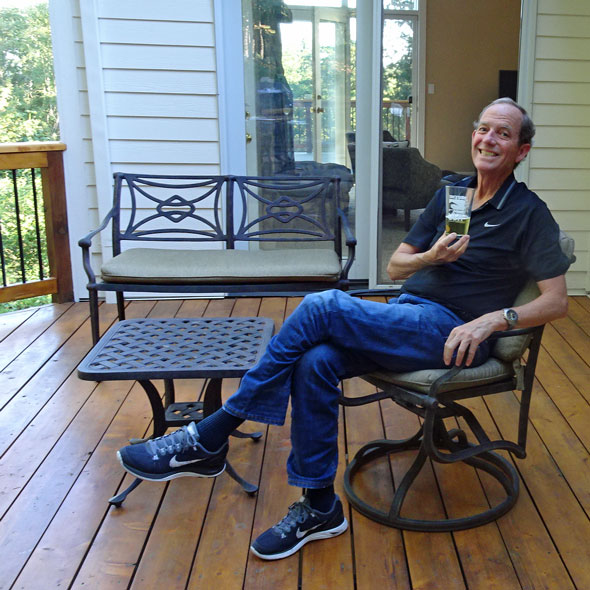 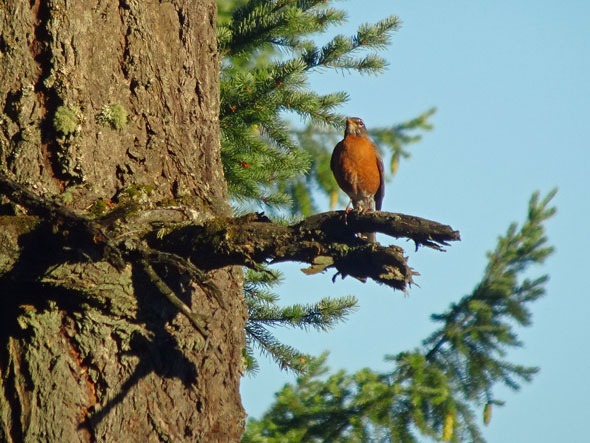 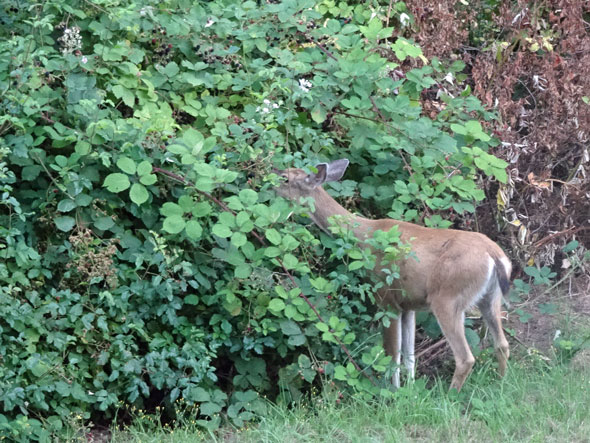 Neighbors dropping by for blackberries! 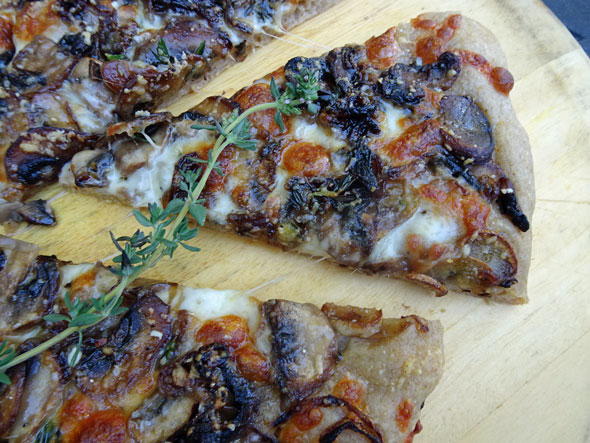 Until my next update, I remain, your doughy correspondent.