Las Vegas, Nevada:  Mary and Steve left this morning. In truth, their flight was soearly - with the time change - they had landed in Portland before we woke. Leaving Las Vegas on a Sunday is never a fun task, so we usually try to remain over until Monday when the traffic between Las Vegas and Los Angeles is tolerable.

So we had a day to play. And by play, I do not mean gamble. We walked. And walked. And walked. We saw the new High Roller - the World's Tallest (for now) Observation Wheel. Similar to the London Eye, the wheel is situated one block behind "the strip" and gives riders a 30-minute tour of Las Vegas from above. We did not ride. Wimps? Nope. I've seen Las Vegas from nearly every hotel tower; I'm good. 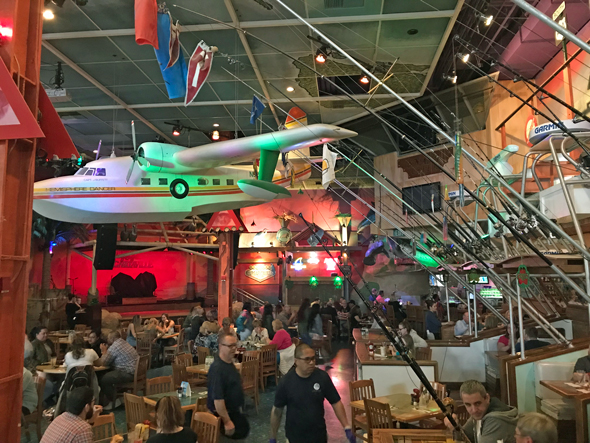 As long as we were out at lunch time... we found ourselves at the Margaritaville Cafe. Y'all know how I love me some Jimmy Buffett, but this restaurant is going downhill fast. It seemed dated and a bit dirty. The cafe no longer resembles the photos on the website. The clientele seemed to fully adopt Jimmy's laid-back lifestyle this afternoon, wearing their tank tops (I'm talking about men) and wearing baseball hats. Indoors! His tequila is still bad. His cheeseburgers are still good. 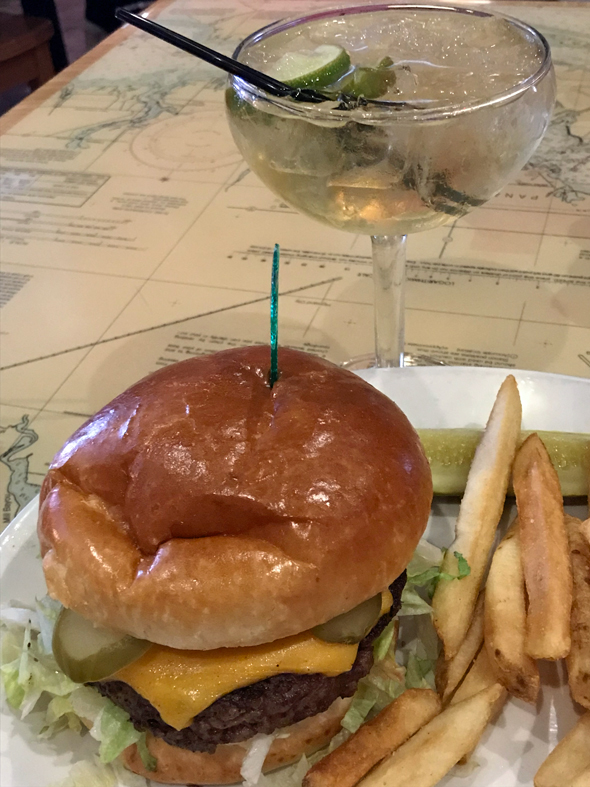 Cheeseburger... but not in Paradise

The mermaid now only jumps out of the exploding volcano a few times each evening... landing in a blender full of "margaritas"... except today the blender will filled with murky water. How far you have slud, Jimmy! Next time you are in Las Vegas, maybe you had better stop by your flagship and set course to a retrofit?

Pretty sure Jimmy reads this blog.

More walking after lunch. Keep moving! We always love to visit the beautiful Bellagio Hotel and always love to see the gorgeous glass flower ceiling above the lobby: 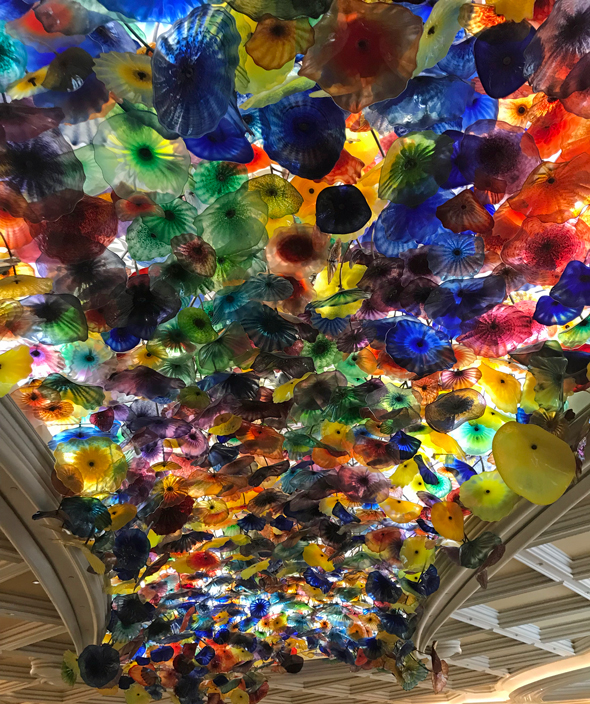 The Bellagio is famed for stunning botanical installations in their huge conservatory. The "art" is changed several times per year, according to the season, and the "art" is made of natural flowers, seeds, grasses, etc. Many of the plants are live. The 2018 Spring display - honoring the famed Japanese Cherry Blossoms - opened yesterday. The Bellagio Hotel employ 120 groundskeepers. A few photos: 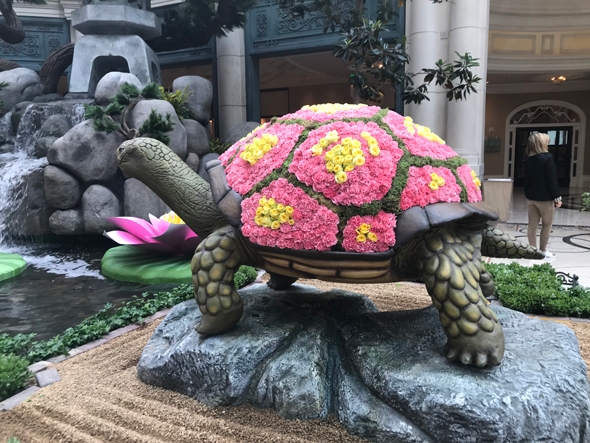 The centerpiece of the exhibit is a moss-covered woman emerging from a pool, holding a 12-foot pearl, water cascading from her hair: 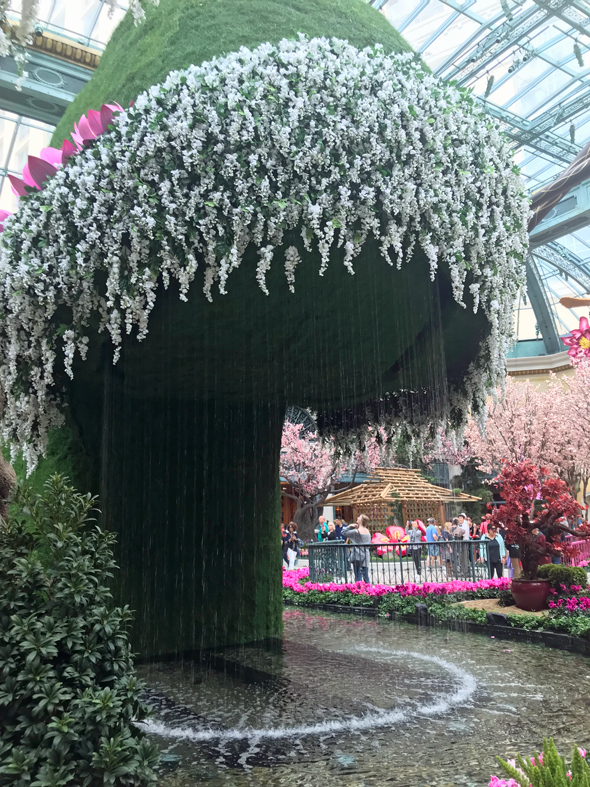 How people can keep designing new and exciting flower exhibits several times a year impresses me. Truly works of art - just like the ceiling in the hotel lobby.

We really had a fun Sunday in Las Vegas, doing nothing but walking around, window shopping and people watching. It is easy to hit your Fitbit pedometer goal in this town - it must be a half mile from our hotel room to the hotel lobby!

Instead of leaving the hotel again, we spiffed ourselves up and went downstairs for dinner at Michael Mina's Bardot Brasserie. The restaurant was pretty, the food was great, service outstanding. There was nothing not to like about Bardot. In the center of the restaurant was a massive bouquet of at least 100 roses. Pink roses. Stunning! But I was looking at my handsome dining partner (most of the time).

A great ending to a disappointing basketball tournament weekend. Three Pac-12 teams - Arizona, Arizona State and UCLA - have been selected for the NCAA tournament. ASU and UCLA made the play-in games. Hard to believe it was only last year Oregon was in the Final Four?

Until my next update, I remain, your "I'm over Vegas" (until next year) correspondent.