Indio, California: Our housesitter, Brandon, woke us this morning with a photo: 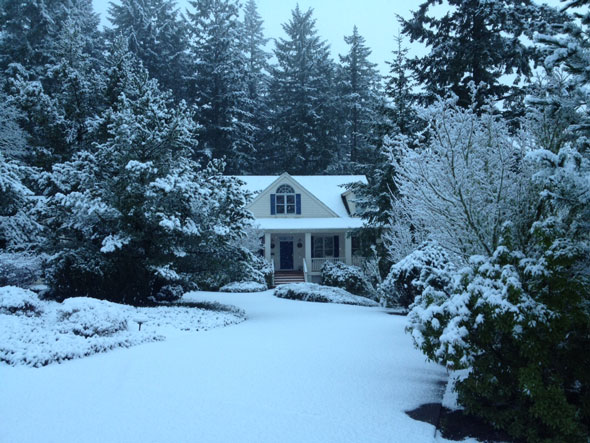 It is snowing in Portland, and Taylor Manor is a winter wonderland... which was kindapredicted on a Portland news station the week: 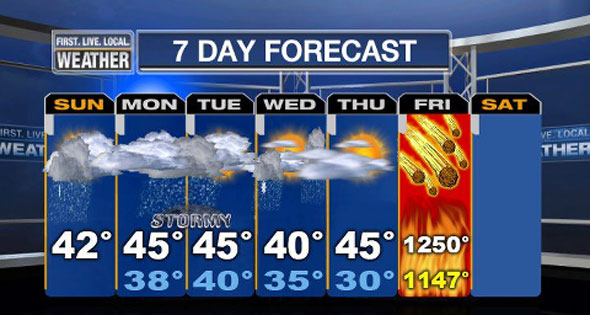 The station also jokingly predicted the weather for Friday, the end of the Mayan calendar. Notice there is no weather at all on Saturday. Now maybe you will understand the city motto: Keep Portland Weird. 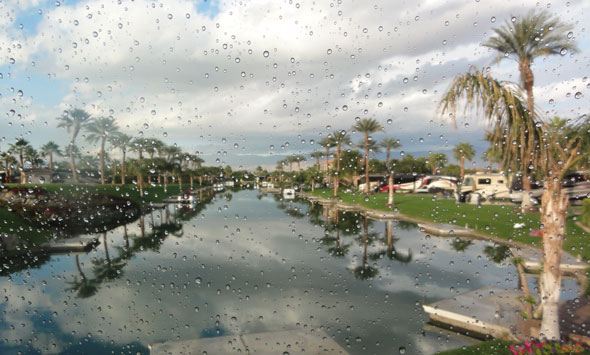 Our SoCal weather has taken a sad turn. Indio experienced cold, rainy and foggy weather all day. 66°. DT went golfing (anyway) with the Motorcoach Country Club men's group, but I remained at the campsite. I didn't even exercise, but used the time alone (and without the car) to catch-up on a few things. It was crockpot weather, but my Thai Coconut Chicken Curry was on tonight's menu - a stir-fry recipe. What the heck, I tossed the ingredients (except the basil and lime juice) in the crockpot and let it stew all day. Who wants to clean up the stove after stir-frying anyway?

My Driver returned to me in the afternoon, $5 richer for his golfing skills. Yeah! We organized ourselves out on the street to watch the annual Motorcoach Country Club Holiday Golf Cart Parade. 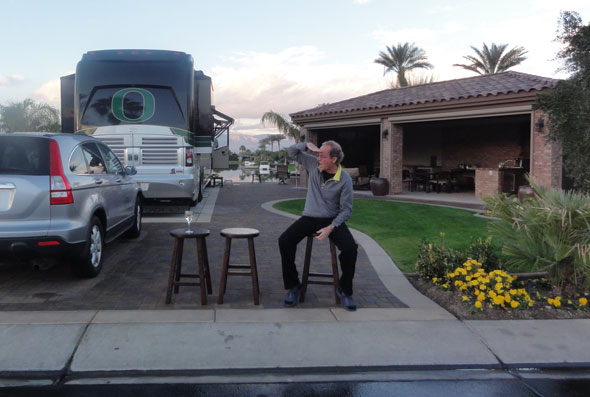 Here is My Driver, posing for y'all, waiting for the parade. 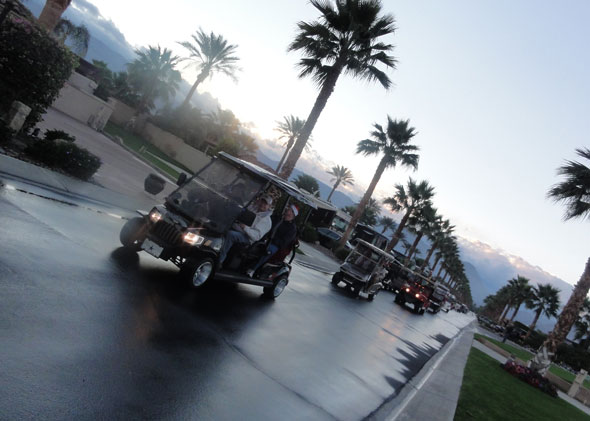 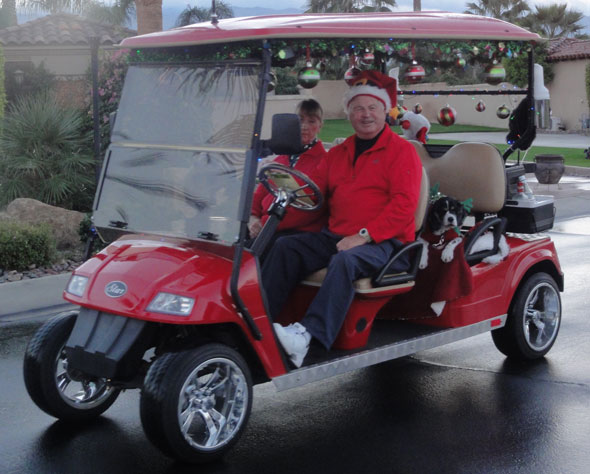 Larry & Sandy - with their dogs, Bogie and Birdie. Obviously Larry is in charge of the men's golf group. 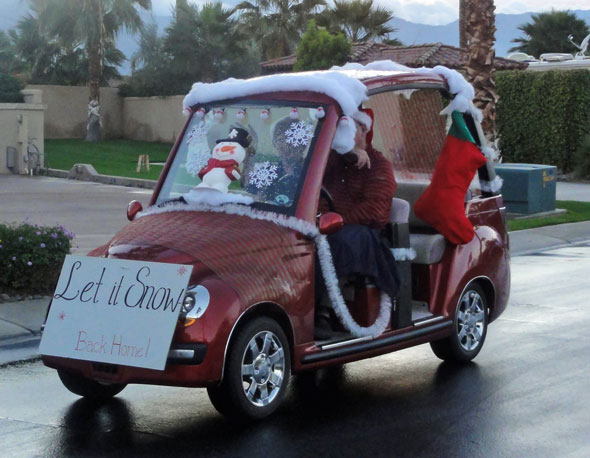 I loved the sign on this golf cart: "LET IT SNOW - Back Home". Certainly appropriate for our situation today.

Just before serving, I added the basil and fresh lime juice to the crockpot, gave it a stir and served the spicy stew over jasmine rice. Watermelon to accompany. The curry wasn't as good as when prepared as a stir-fry, but it was still decent. 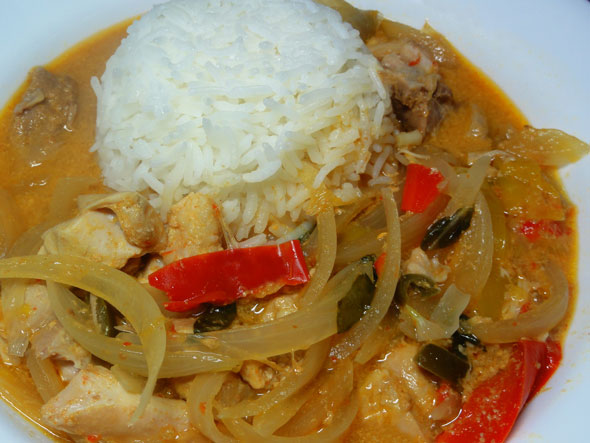 A very relaxing day. Nice to have a snow day and not leave the house - even if there is no actual snow.

Until my next update, I remain, your chilly correspondent.