Oregon track coach, Vin Lananna and his lovely wife, Elizabeth, needed to stop by Taylor Manor this morning on their way to a track meet in Seattle. Vin needed to drop-off some papers with DT and pick his brain about some thing or another thing. We invited them to stay for lunch. Elizabeth's 10 year old German Shorthair was with them, but she wouldn't bring him inside our house. She insisted Scooby wasn't well-enough behaved... so he remained in their SUV in our driveway. 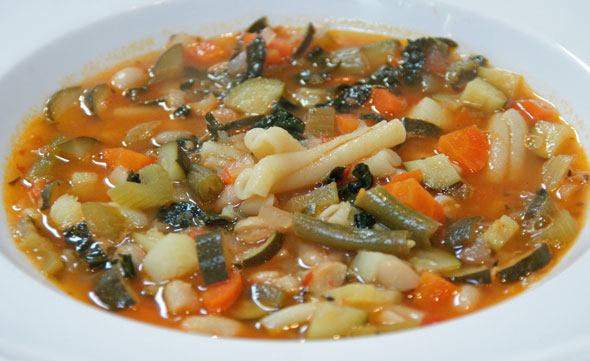 I made a big pot of vegetarian (organic, of course) Minestrone Soup. We sat down and enjoyed a nice lunch. After our meal, the boys sat down to discuss their business, so Elizabeth and I decided to set Scooby free, and let him run around in our field, as G-d intended.

He found every stick in the county and carried the stick - whether it was one foot long or twelve-feet long - over to Elizabeth so she could throw it for a nice game of fetch. 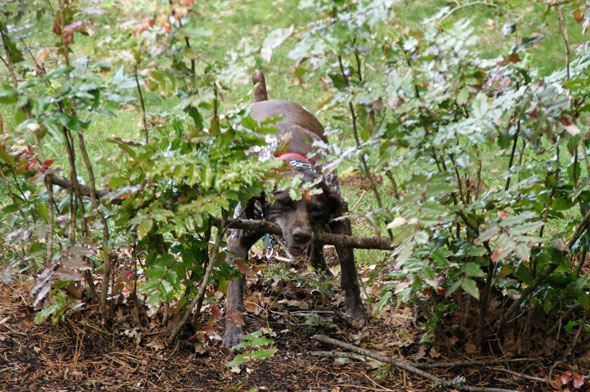 One small problem - the Oregon Grape hedge between Scooby and Elizabeth. He just couldn't quite figure how to get that "stick" (limb?) to his Mistress.

Scooby finally figured out to carry the limb to the edge of the hedge! Genius! 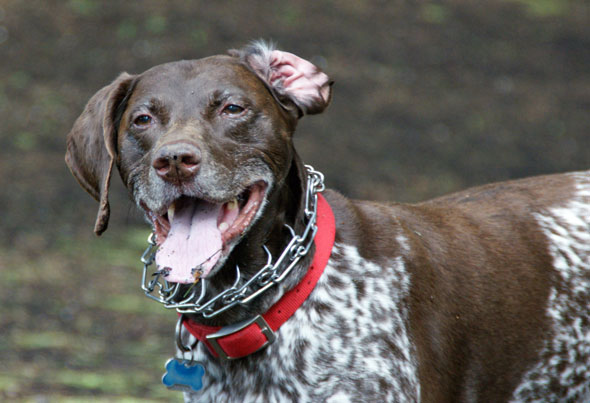 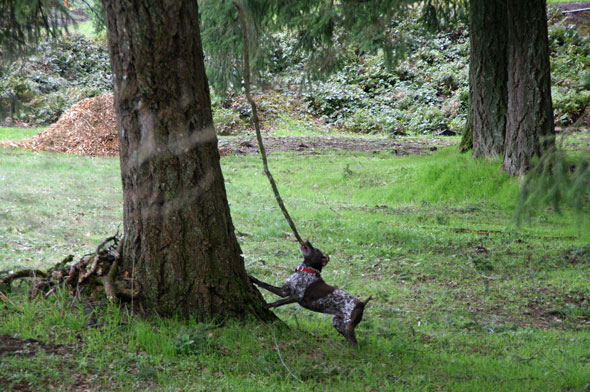 Choosing limbs from the pile at the bottom of the tree was too easy for Scooby. He actually pulled this snag from the tree!

Sweet Victory! The Prize is Mine! 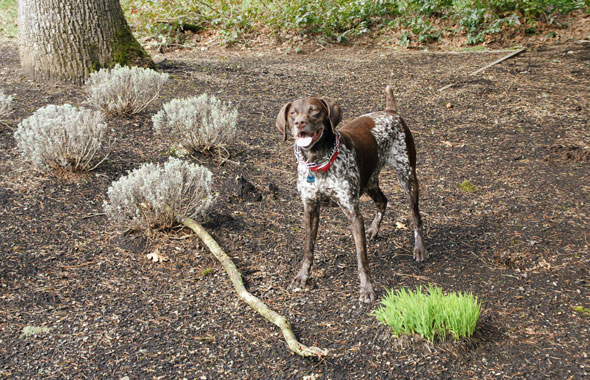 "Would one of you fine ladies please throw this stick for me?" 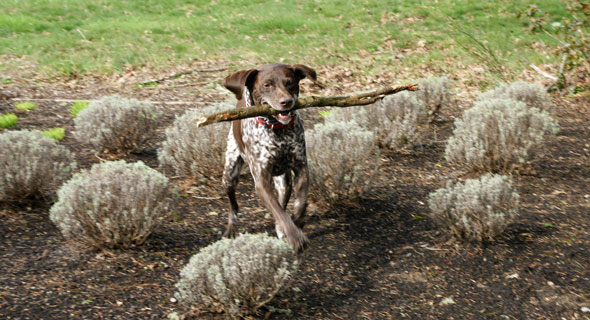 Elizabeth does this for hours a day. She wears a glove on her right hand when she takes Scooby for a drag walk to avoid splinters. I think her right arm is larger than her left. 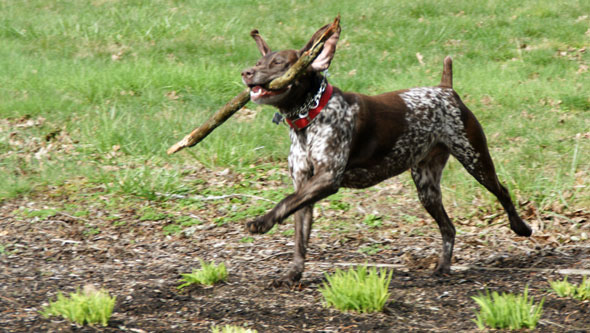 With those ears, I think Scooby became partially airborne when he ran. (NOTE TO SELF: Ask Vin to recruit runners with large ears.)

Finally exhausted, Scooby rolled in the grass. He was a dog in paradise. 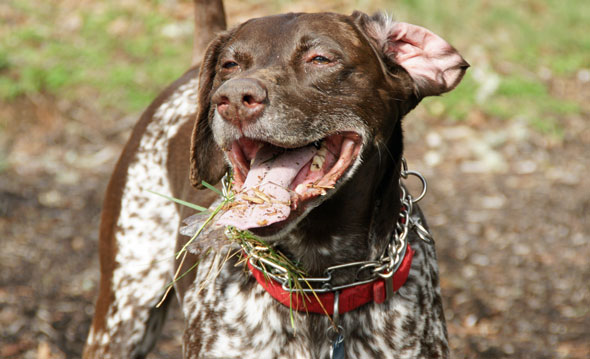 Scooby - in all his glory. 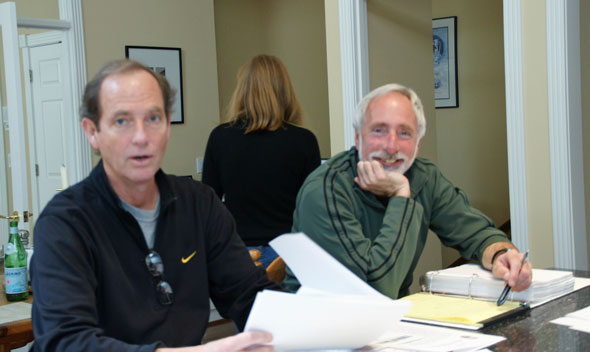 Meanwhile, back in my kitchen, DT and Vin were solving world problems. (Elizabeth is chasing after Scooby, who was now inspecting our floor plan.)

Until my next update, I remain, your dog-loving correspondent.
« My Love Affair Ready… Set… »