Indio, California: We have decided to hit the road, and will be departing our new home in the California desert in a few days... which means we will busy getting ready to travel after not moving in six weeks - always a difficult task.

I have been in front of the stove/oven for the past two days! I turned our first-night-of-Passover chicken into soup stock yesterday (takes hours!) and boiled up my fluffy matzo balls for a delicious dinner last night. And then there are all the hours devoted to exercise (since I have recently added laps in the pool at the end of my run). I am sleeping well! 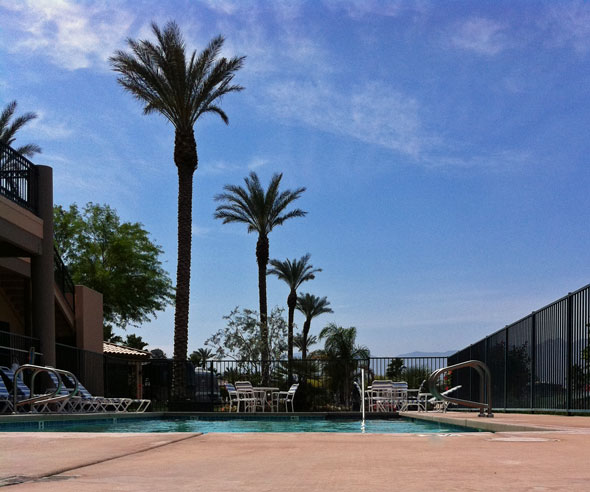 This is the pool at the "Yacht Club" in the resort. I call it our "private pool". Someone maintains the pool every day. Someone neatly arranges the chairs. All we have to do is walk one minute to the pool and swim. Rarely is there another person at the pool. After a swim, we soak our old joints in the hot tub and then we can get on with our day.

Which today involved lunch out and a trip to the grocer to restock our wine supplylarder. 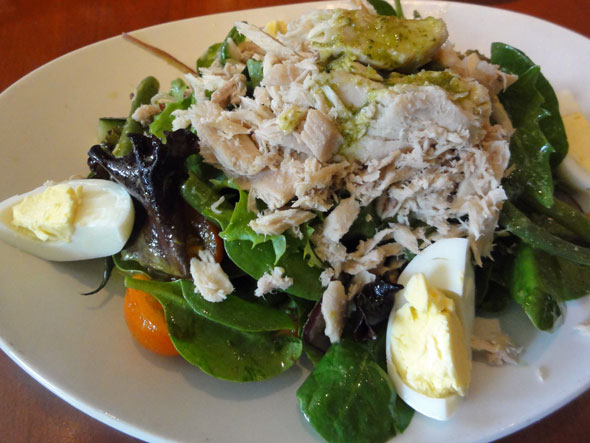 What used to be Devane's in Old Town La Quinta is now The Grill on Main. We had Passover-friendly salads for lunch. I enjoyed a delicious Salad Nicoise. Pickled red onions and loaded with tuna! (Plus, the server did not break any of my restaurant pet peeves.) DT had a Greek Salad that was for some reason called an "Israeli Salad" on the menu. He loved his Israeli Greek Salad.

On our way home, we followed a city bus with this hilarious advertisement on the back:

I haven't been to a Jack in the Box since I was in college and I think that may have been before electricity. I will most-likely never eat an All-American Jack Combo, but their little note "except Vegetarians" really cracked me up. And I state this with full love, understanding and admiration for vegetarians everywhere - having been one myself for a dozen years. I just think the sign is funny. And clever.

This evening a huge osprey came swooping down across the water and landed on the wifi tower on the Yacht Club! 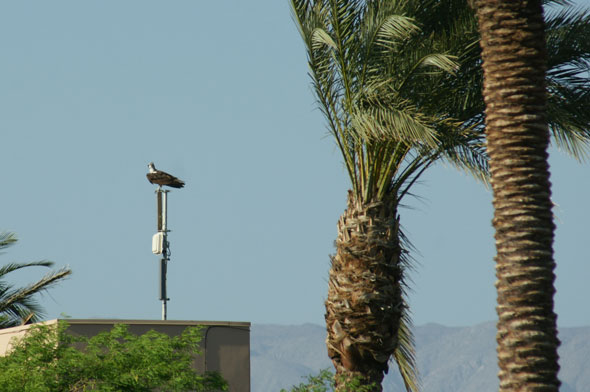 It was kinda cool and kinda unreal at the same time. (I do not use the wifi in the resort, so have no idea if this squatter caused a temporary outage.) After a fifteen minute rest, the bird flew east. This is the third time we have seen an osprey at the resort this month. 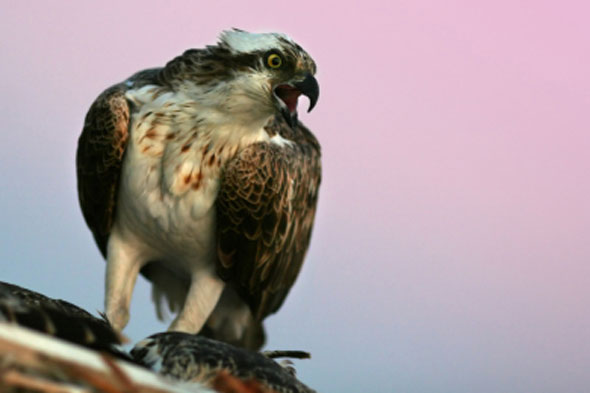 Beautiful bird. There are a kazillion fish in the waterway at the Motorcoach Country Club. It would seem like an easy dinner to me (if I were an osprey). 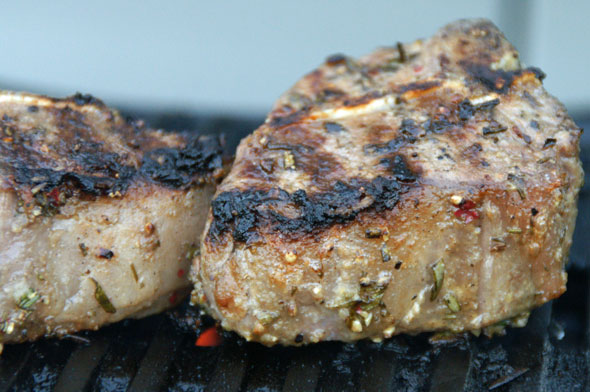 We had lamb chops. 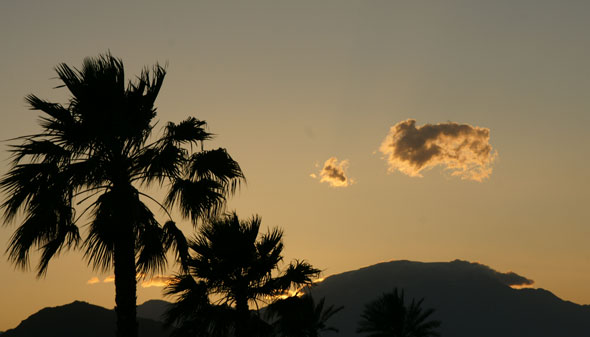 After dinner, we watched The King's Speech. I loved it. DT didn't think it was his cup of tea (pun intended).

But I can't argue with a man who brings me perfectly grilled lamb chops.

Until my next update, I remain, your loving correspondent.