Indio, California: While My Driver is away, the dishwasher does not empty itself and the garbage does not take itself to the curb. While I do miss morning coffee with My Beloved, his absence gives me opportunity to catch a few films he would rather avoid and chow-down on foods he is not particularly fond of. Fish Tacos! DT likes fish tacos, but he does not care for the sauce served on the tacos. Me? I love it! Love it so much, I've had fish tacos the last two nights! I found a little fish taco history/lore in an article in Sunset Magazine, and they also provide a recipe, but I am not going for pure authenticity here. I am going for flavor and ease. The chances of me deep-frying breaded fish fillets in my motorhome are slim, and my RV-easy fish taco tastes just a like a fish taco! Imagine that. 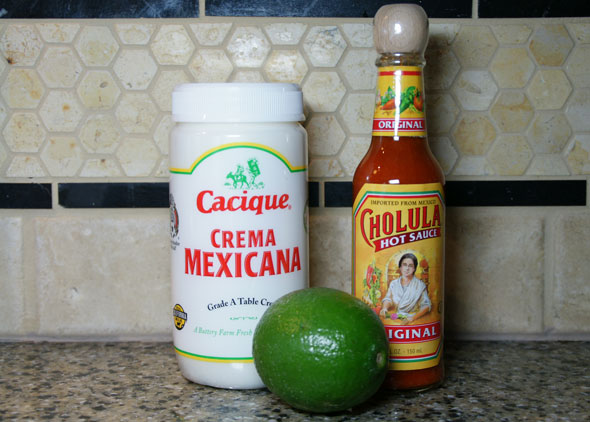 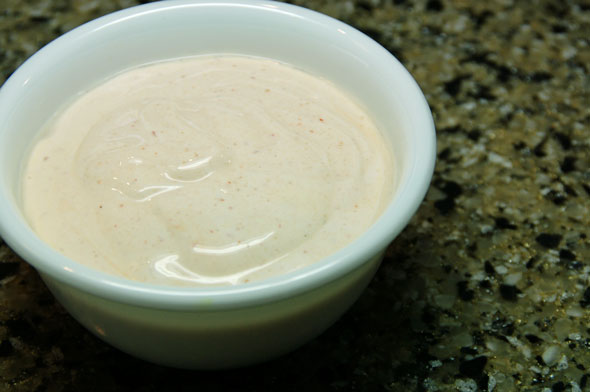 TACOS: Frozen battered fish fillets (I used halibut from Trader Joe's) Corn tortillas (do not use flour tortillas, or I will cry) Vegetable oil Shredded cabbage Chopped fresh cilantro I am going to suggest two tacos per person. The halibut fish fillets from Trader Joe's are large enough that usually only one is needed per taco. No matter how many tacos you are preparing, the directions are the same: 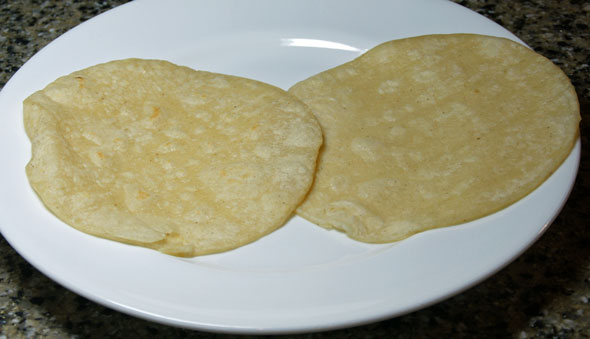 White Corn Tortillas Oven bake the fish fillets according to package directions. Heat a skillet and brush the bottom with a little vegetable oil. Warm the tortillas, one at a time, in the skillet, turning after a minute on each side. Remove to a plate. 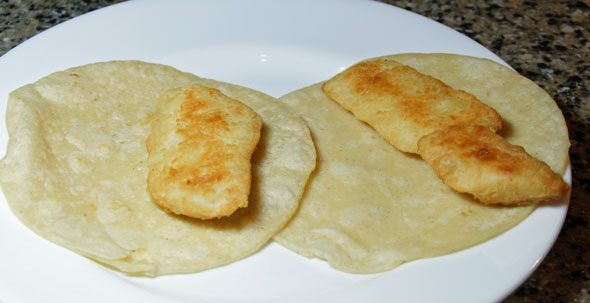 Place a fish fillet on each tortilla. 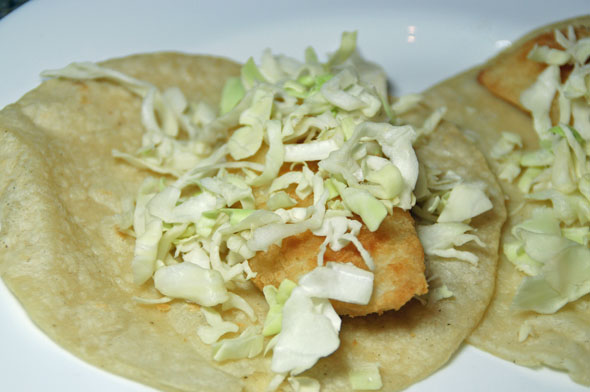 Sprinkle with a little cabbage. Do not use lettuce! Cabbage is traditional and you will love the crunch. 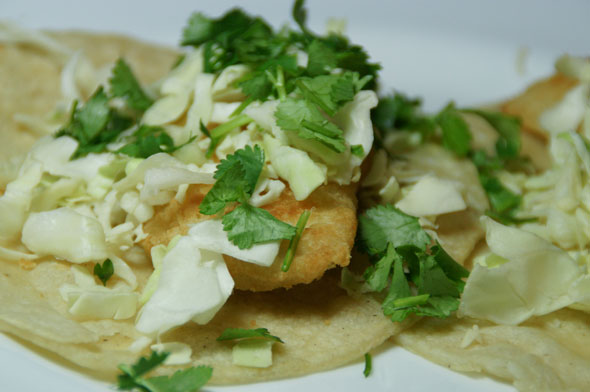 Next, put a generous portion of lovely cilantro over the cabbage. 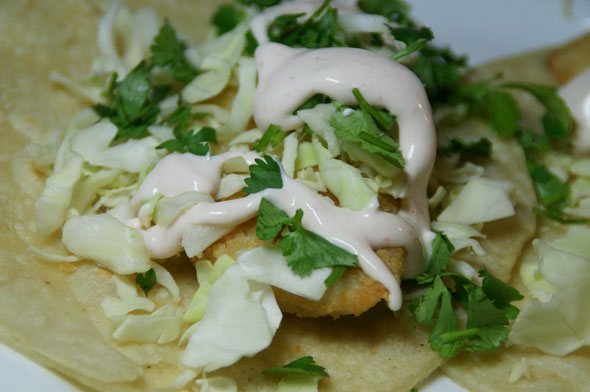 Finally, drizzle a little Pink Sauce over all. Fold and eat! This recipe is super easy, but you don't have to be in your RV kitchen to make these delicious tacos. Try them right away and let me know what you think.

SLOGGER REPORT:  An easy three miles in the beautiful warm sunshine and then I joined a few ladies in the "Yacht Club" for a Stitch + Bitch session. Seriously, that is what it is called on the resort activity list. Sewers, knitters, beaders and needlepointers were represented today.