Portland, Oregon:  The Olympics are over and we are once again living in the Pacific Time Zone. No more waking before the chickens, in the dark, to watch the races live from Rio. We were on an infant's schedule. Waking before 6a and taking a mid-morning nap. It was like living with jetlag for ten days.

It was a ridiculously fabulous 2016 Olympics for the Oregon Ducks. SIX medals, including GOLD medals from decathlete Ashton Eaton, 1500m champion Matthew Centrowitz, English Gardener (4x100 relay) and Phyllis Francis (4x400 relay). Galen Rupp earned a Bronze medal in the marathon and Brianne Theisen-Eaton won a Bronze in the Heptathlon. Someone did the math, and if the Ducks were a nation, we would have tied with Switzerland. The University of Oregon has just over 20,000 students; Switzerland has a population of over 8 million. Just sayin'.

Dave and I were invited to Emma & Matthew's house Sunday afternoon. Emma is the eldest daughter of our English friends, Shirley and Martin. Matthew was transferred to Portland from his job in London last fall. The kids have bought a house and settled-in to a life in Portland with their two small children, Thomas and Lucy.

It was a beautiful afternoon, so a lot of this happened: 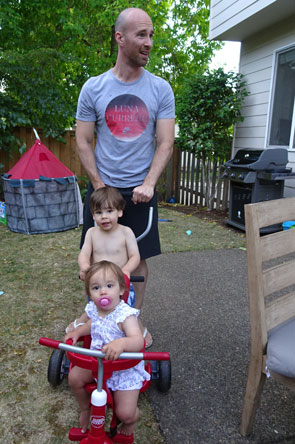 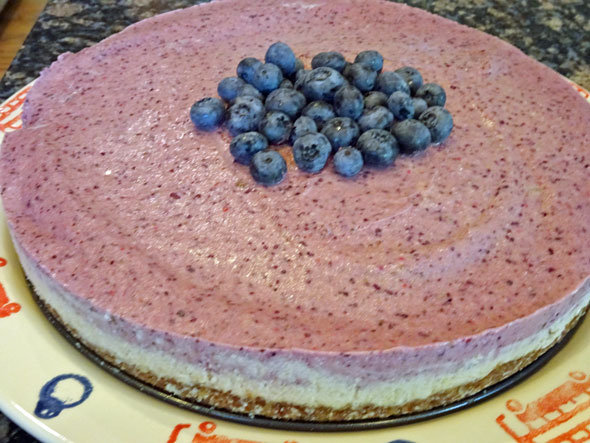 It was so nice to spend time with the little ones and see them so happy. The meal was also so enjoyable and was the first time I have eaten a meal that I did not cook since fish & chips on the coast while camping with Leo, weeks ago.

I decided we needed to go to a restaurant this week. No more Cooking Olympics. This week is "Italian Week" in our kitchen, so we chose a local Italian place and enjoyed a fine meal. 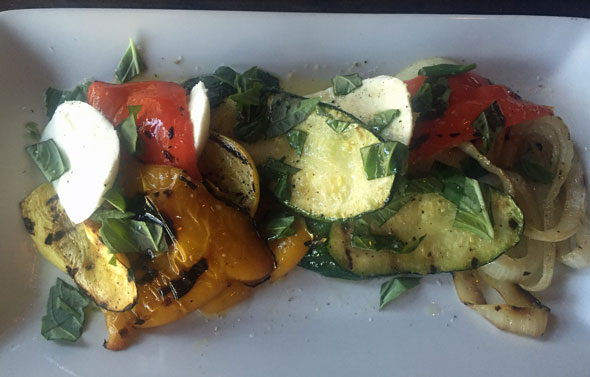 We split an appetizer of grilled vegetables and burrata. So simple, yet this dish was just wonderful. Grilled peppers, zucchini & summer squash, sweet onions - drizzled with olive oil, salt, basil and served with a few slices of fresh mozzarella. 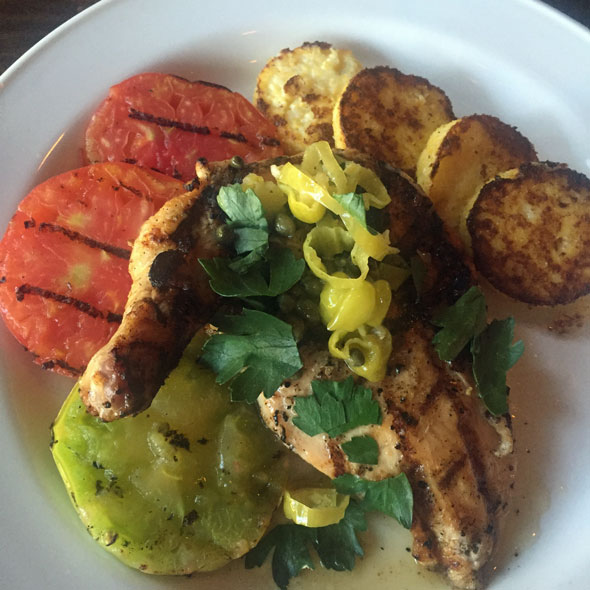 I had grilled chicken, mostly because it came with polenta "coins" and that money just sounded too interesting to not try. 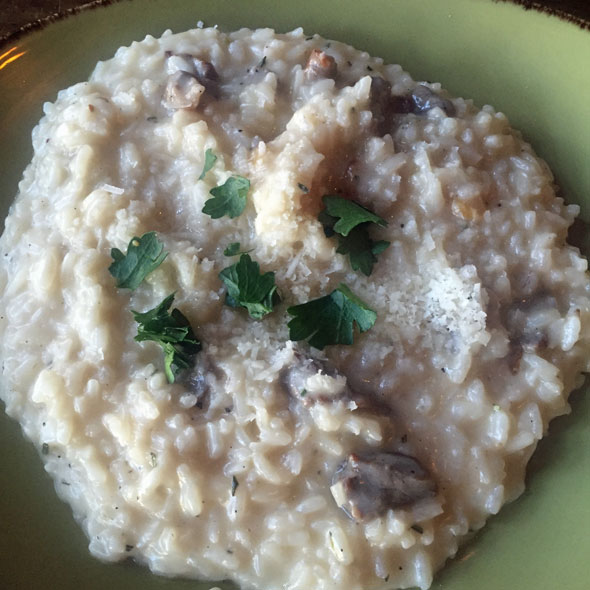 DT had risotto... even though I told him risotto was on his menu for Friday. He said he could eat risotto twice in a week.

Next week, I think we will "travel" to France at our dining table?

Until my next update, I remain, your jet-lagged correspondent.