Seattle, Washington: Yes, we have so much to do at our long-abandoned house, but we had not seen our grandchildren for 25 days and that is just way too long. 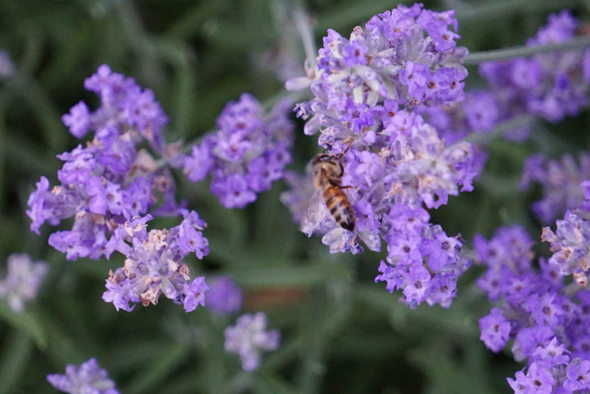 We abandoned gardening chores. We are going to let the bees take care of things for a while. 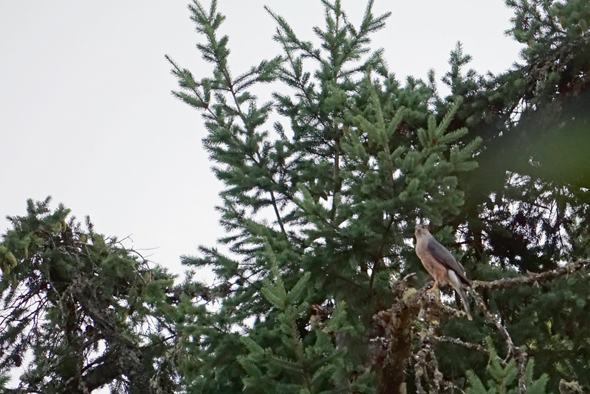 We said so long to this hawk - and a Great Horned Owl. (They are fighting and squawking like monkeys in the evenings anyway.) 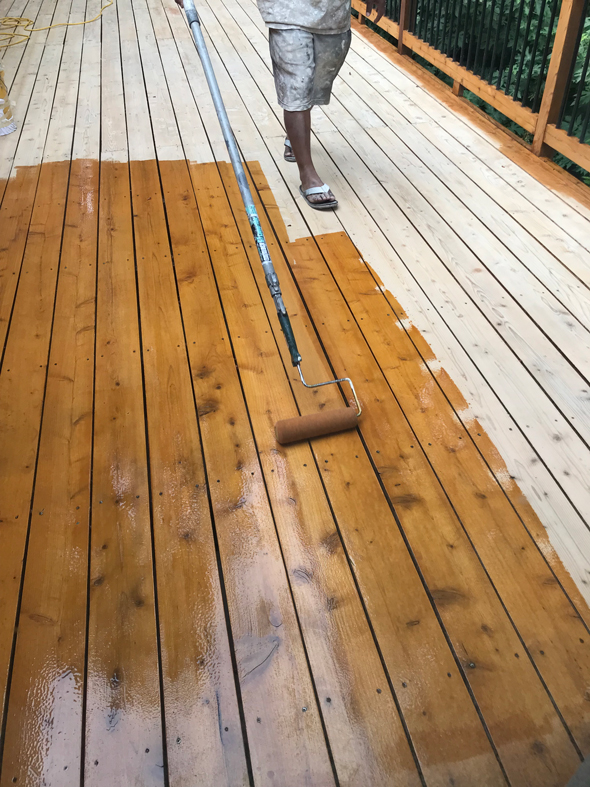 We abandoned all the dust and noise of our bi-annual deck refinishing project. The sanding machine shakes our entire house. Our poor house sitter.

Dave and I boarded a train this afternoon, but this train was not pointed south towards Los Angeles. This Amtrak went north to Seattle. After arriving, we took a taxi to a downtown hotel and guess who was waiting? Lisa, Lenny, Leo and Lucy!

What a wonderful coincidence!

The kids have been in Seattle for three days, being tourists, visiting every attraction you have ever heard of in Seattle... including this disgusting highlight: 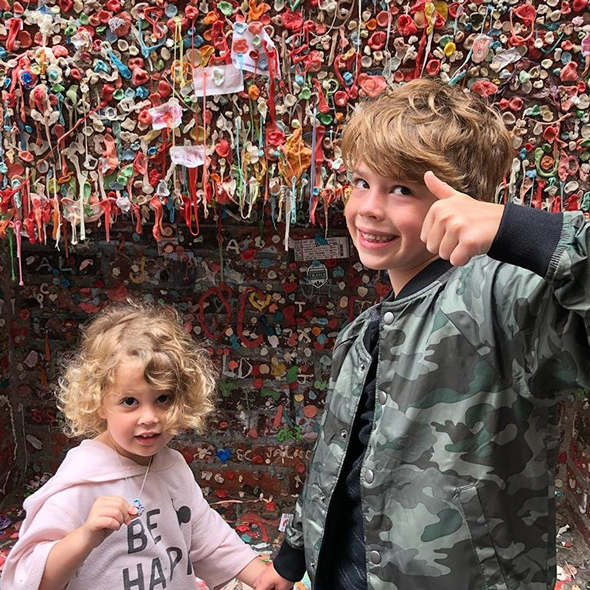 The Gum Wall. Yes, an entire wall covered with chewed gum, left for years and years by countless chewers. Makes me a little queasy to even see this photo. Think of the germs!

Lisa had six tickets to the Mariner v Kansas City Royals baseball game tonight at Safeco Field. If you have a ticket to the game, riding the light rail is free, so we rode the rails for the second time today. We had great seats at the first baseline. 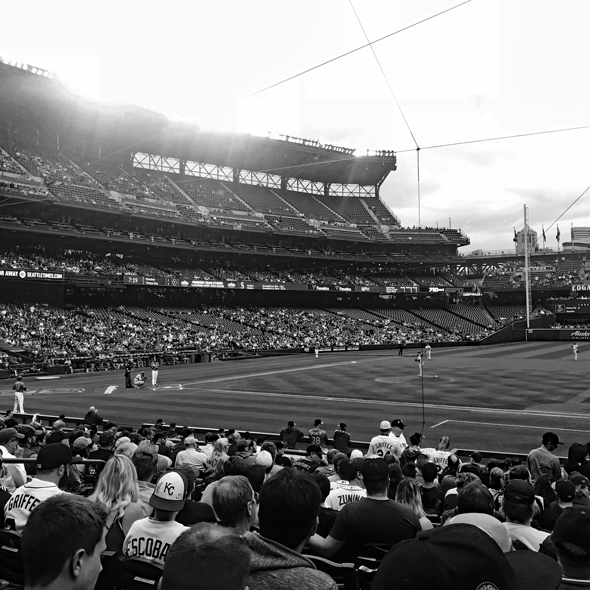 The weather was a little iffy, and before long it was raining enough the field managers decided to close the roof.

If you have never been to Safeco Field, it is a beautiful stadium with every amenity a fan could desire and crazy-good food (sushi!). But since it is on Puget Sound, where the weather isn't always perfect (or even nice), this stadium has a "lid" that passes over the stadium on rollers. It's the dangest thing and takes about twenty minutes for the entire ceiling to cover the park. 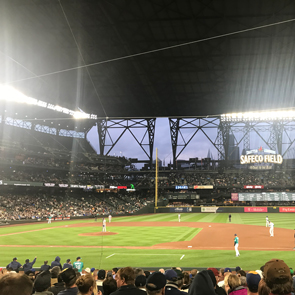 The kids thought this was pretty cool... when they weren't wearing their (previously holding ice cream) cups on their heads. 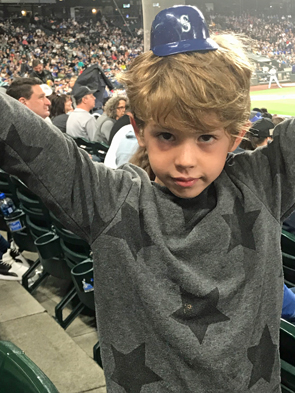 Mariners won, 4-zip. There were two double-plays, two homers, and Leo was captured (dancing) for a moment on the stadium jumbo screen. Marco Gonzales pitched his first full game and won with only 96 pitches. A very good game.

We took the light rail (3rd train today) back towards downtown (with a few million of our closest friends sardined into the cars) and went to bed. Way past Leo and Lucy's bedtimes.

So, what brings us all to Seattle? We (all 6 of us) are having an adventure, sailing tomorrow evening on the Ruby Princess to the Inside Passage of Alaska! Stay tuned.

Until my next update, I remain, your mass-transiting correspondent.