Indio, California: Dave and I both returned to Indio Friday evening and enjoyed a quiet evening at home. He told me all the news from home and I showed him a zillion photos of his grandchildren - especially a long series of snapshots of Lucy sitting up. 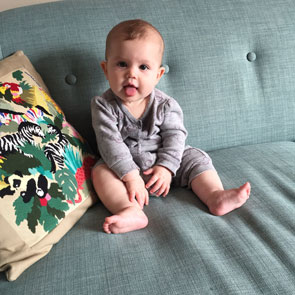 Best thing is Lucy knew she was sitting up and was so proud of herself. She would catch herself from falling (some of the time) and beam. I think Lucy must have read a baby care book that said at six months your baby should start to try to sit on her own. The Motorcoach Country Club was host to the annual Kerry Johnston Pro-Am golf tournament Saturday. Johnston, (head of sales at MCC) was a professional golfer in a past life and designed the course in this resort. Each year he gathers his pals (now mostly on the senior tour) for a golf tournament. Dave and I tooled-around in our golf cart for a while to watch the action. 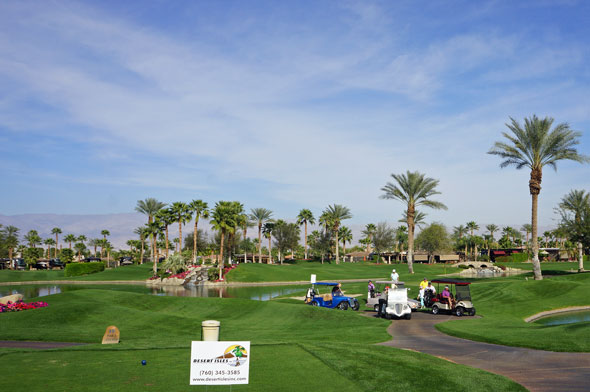 It was a beautiful day for golf 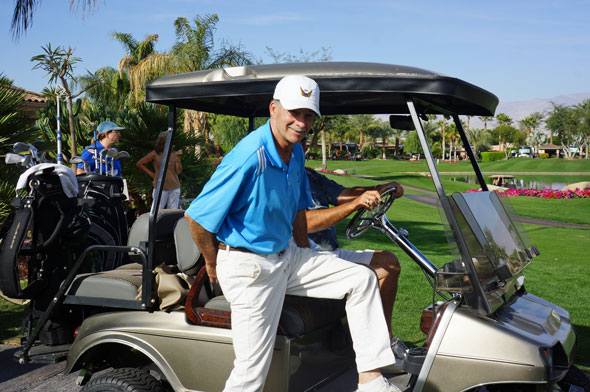 We managed to leave the bubble RV park for tacos... but not Tacos Gonzalez tacos... today we went to Fisherman's Market and Grill for their $7.99 lunch special Baja fish tacos. The tacos are very good and have been improved by a nicer "cornier" corn tortilla. Thank you, Fisherman's! 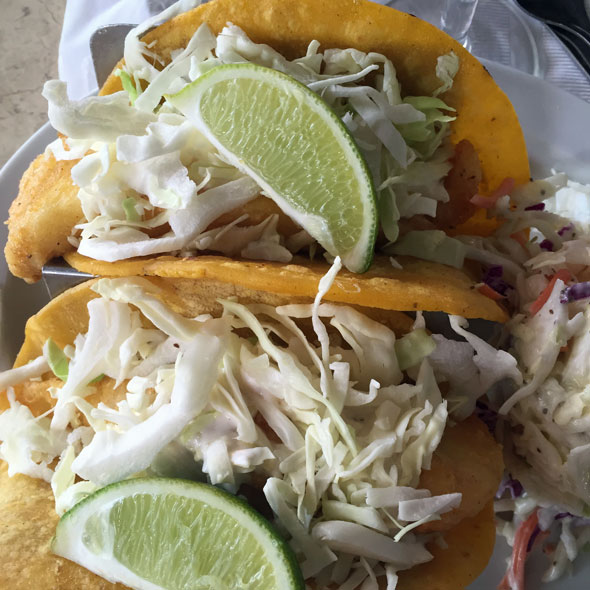