Dave and I are very sad to report our little granddawg, Reese, passed away a few days ago. Reese was 14. Adopted as a little fluff-ball from a shelter in Washington, DC, just after Lisa graduated from college, he lived a very long, happy, and travel-filled life. We think he was a Yorkie-Poodle mix. We don't know. We don't care. He was just adorable. 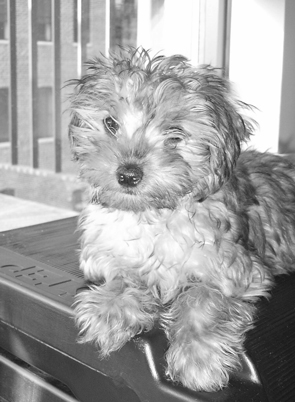 He was very sick with pneumonia when adopted, but Lisa nursed him back to health. He was thereafter, devoted to Lisa. 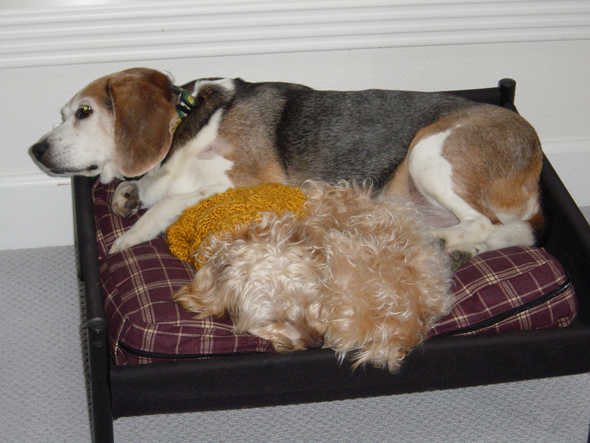 Our beagle, Snickers (who passed away in 2006), tolerated the family newcomer. Reese was so small, he could fit in a bag under an airline seat when Lisa would travel to visit us.

Three photos of Reese in Oregon from 2010: 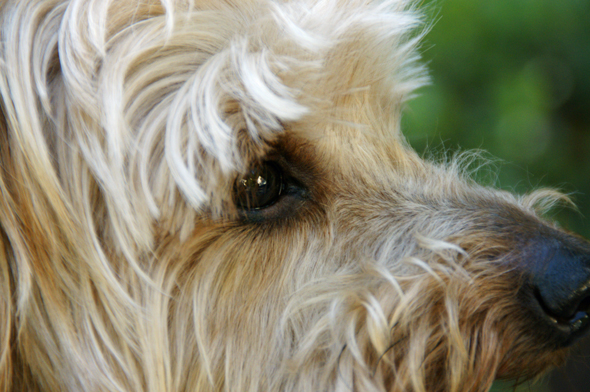 After working on the east coast for several years, Lisa took a job in Los Angeles and moved to the west coast. 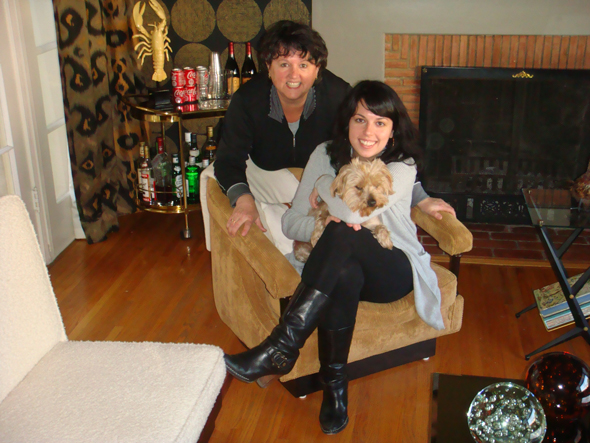 When Lisa had to travel for work, we would often volunteer to dog-sit. Reese would stay at our house in Oregon or travel with us if we were on the road in our motorhome. Reese traveled with us in three different motorhomes and adjusted easily to life on the road. He loved the RV lifestyle. (And he didn't shed!) 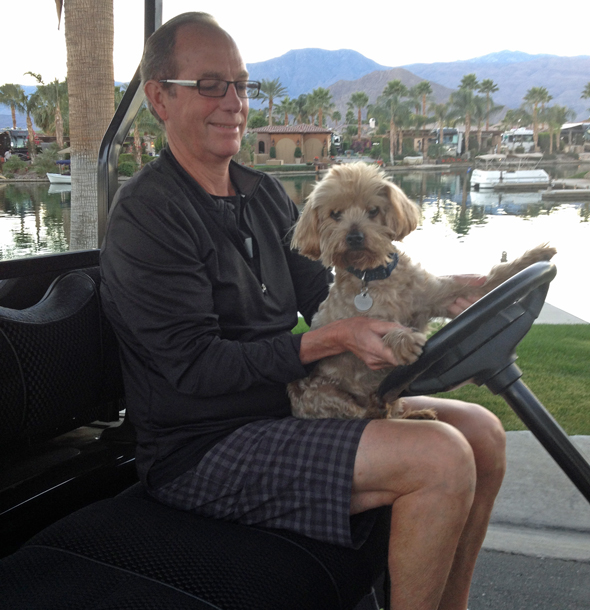 We didn't spoil him too much.

Then Lisa met Lenny, and soon Reese was the family dog with the addition of Leo. 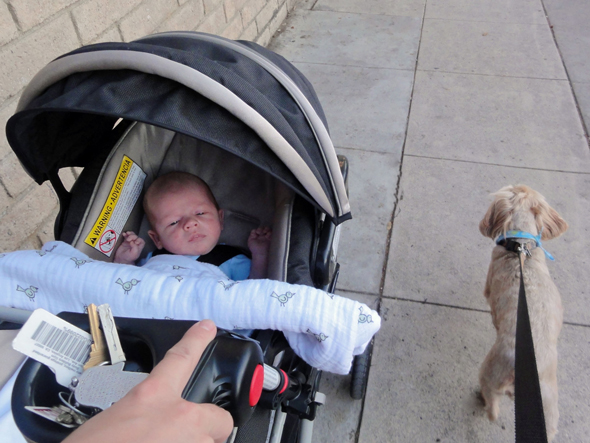 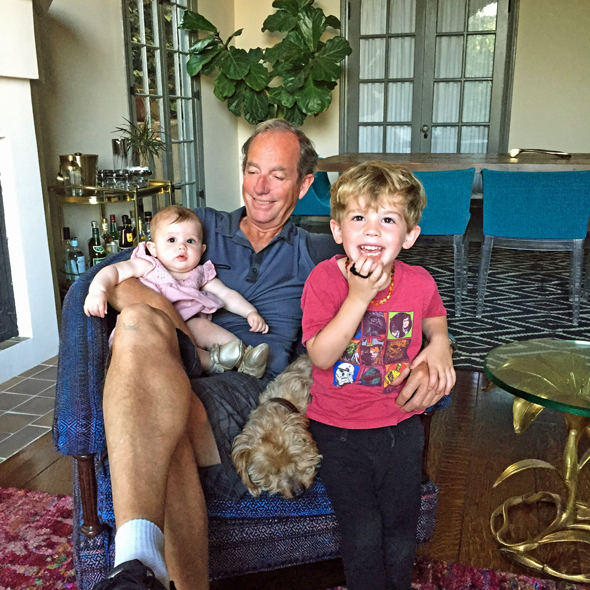 Reese loved to be on a lap and have someone rub his back or belly. He also needed to be greeted. Please say hello to me when you come into my house! He hated the mailman! Any mailman. He growled and barked... and it worked. Everyday, the mailman came, Reese barked, and the mailman left. This scenario was repeated six days a week.

One funny story about Reese: the dog didn't like people-food. He really didn't even care for food much at all and would usually refuse any treat offered. (After owning a beagle for 15+ years, Dave and I found this behavior so unusual.) Lisa just kept kibble in his bowl and Reese would eat when he was hungry. When Leo started eating food, Reese became a high chair vigilante, parking himself under Leo's tray and catching anything that fell. Reese, who would refuse the most gourmet of beefy dog treats, began to snap-up bits of broccoli, noodles - even watermelon. Though losing his hearing, Reese could hear the tray snap into the high chair from the farthest rooms of the house - even if he was seriously into a deep nap. Reese would be at attention under a toddler in seconds. Did he feel he was helping Lisa keep the house tidy?

Over the past few years, Little Reese began to have many health problems related to age. A few months ago, he stopped barking at the mailman. Dave and I said a very sad goodbye to Reese last week in Los Angeles, and he passed away a few days later. We will miss him very much. 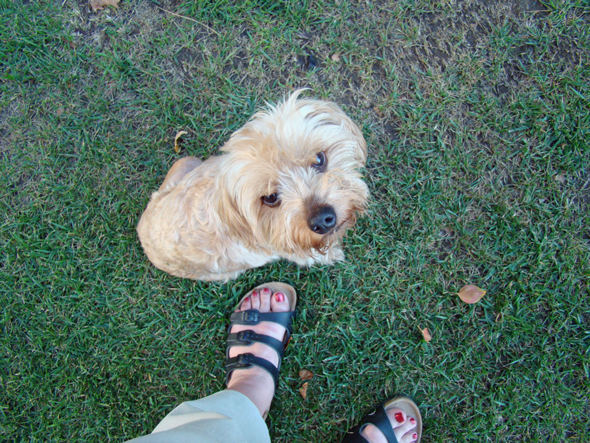 Until my next update, I remain, your sad correspondent.
« Yosemite Sacramento with Family »