I woke Monday morning and was in a bit of a fog. Partly from maybe a little too much bubbly, but mostly from just an overwhelming sense of happiness. I could hear the grandkids eating breakfast in the kitchen and knew my brother and sister-in-law were sleeping in the guest room. Just a very happy feeling.

It wasn't a dream. Lisa and Lenny had thrown us a fantabulous party last night!

I thought we had a plan for Monday, but this was before I knew my brother and sister-in-law would be here. No matter what everyone else wanted to do, I had promised Leo I would take him to a playground, so I did. 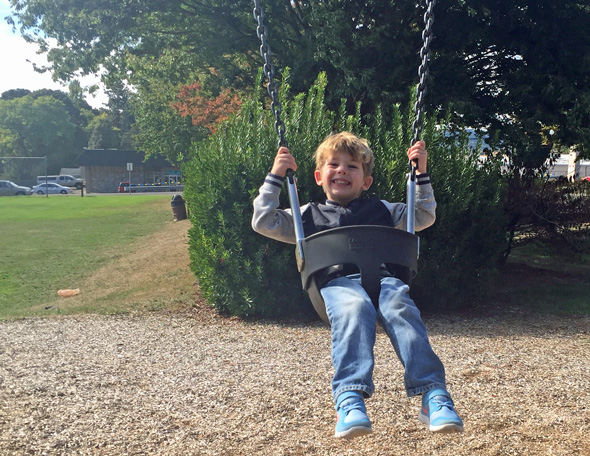 Leo is into the "say cheeeeeese" phase during photos these days.

Later, everyone met-up at a local McMenamin's pub for lunch. Lisa, Steve and Kris really miss McMenamin's when they are away from Oregon and we bring them for a meal every time they visit.

After lunch, Steve and Kris headed to the airport to fly back to Denver, Lenny went back to our house to work and Dave, Lisa and I took the kids to the Pumpkin Patch atOregon Heritage Farms (a huge apple grower west of Portland). The patch isn't fully up and running quite yet, but to our Los Angeles family, a trip to Oregon Heritage Farms is a delight. They have a few sheep and goats, pumpkins, a rope maze, hay, dirt, a zillion apples, a bounce-house, gift shop, and fresh-pressed apple cider. (On the weekends, there are many more activities.) 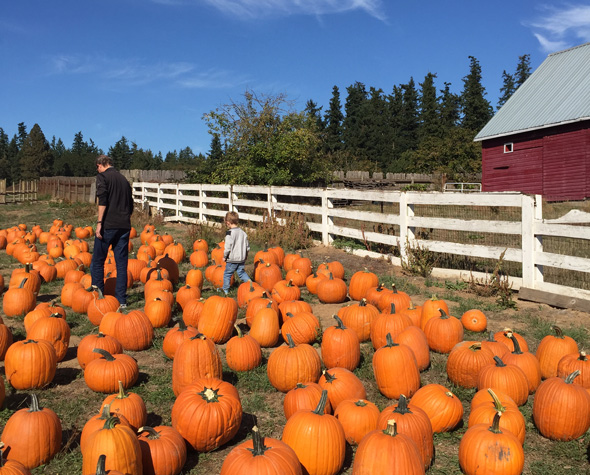 Dave asked Leo to help find three pumpkins for our front porch. The quest was on. 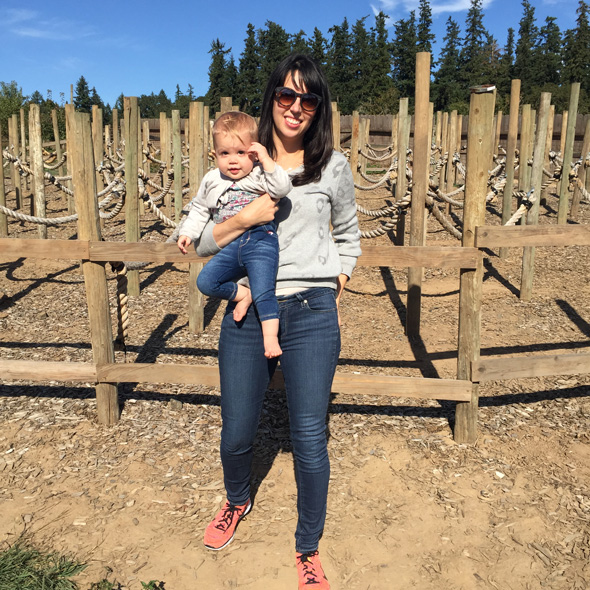 Lisa and Lucy in front of the rope maze 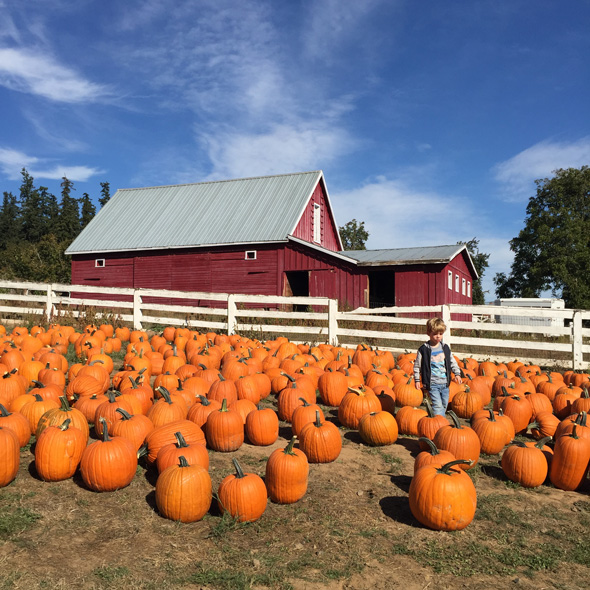 Leo searching for the perfect pumpkin

After the trio were chosen, Leo spent some time in the apple-shaped bounce house and his sister posed in an old wooden wheelbarrow. 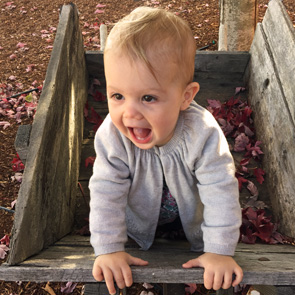 Yes. Lucy really is this cute and, yes, she is always smiling.

Back at Taylor Manor, the pumpkins were attractively arranged (by DT and Leo) on the front porch. Just as Leo was posing for a photo, he noticed a bird house in a nearby tree. So exciting! 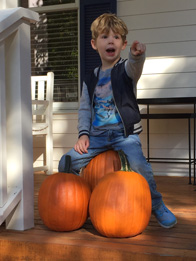 It is great to see a City Boy in the country.

What do you do on the last night at Bubbe's after your little sister has gone to bed? Make S'mores, obviously. Several weeks ago, Leo asked if we could "have a fire" (how does he remember this stuff?) when he came to visit in September, and I said yes. S'mores were a given. 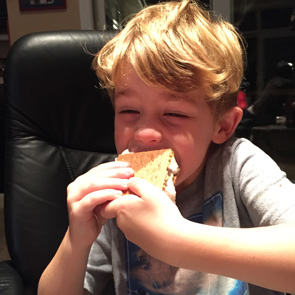 Never mind that it was 80 degrees today. Never mind that DT just lit the gas lighter and put one puny log on the grate. Never mind we had to fashion a wire hanger as a marshmallow stick. Leo was camping. He was so happy.

Until my next update, I remain, your "anybody need a bag of marshmallows?" correspondent.