Los Angeles, California: We have experienced a busy two days as Grandparents to the Most Precious Boy Ever. We have driven all over the Greater Los Angeles Area on errands. There is actually a shop in Hollywood completely devoted to breast feeding. Dave and I have been there. Who knew? Yesterday, DT and I also visited the IKEA in Burbank. On Sunday. That alone should give us some sort of extra Grandparenting points. We are just new to these shopping areas, traffic patterns, parking situations and masses of people-in-general. We are simple country folk. RV people. We do not fit-in well with Big City Stuff. 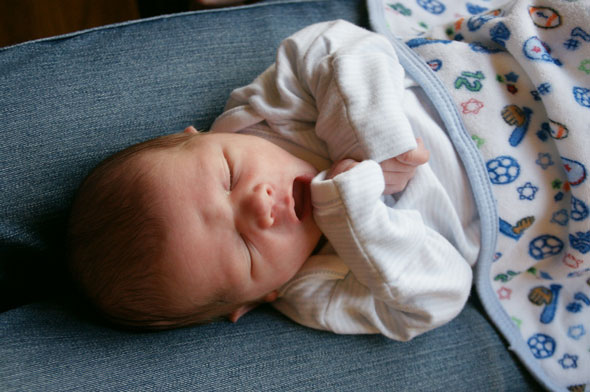 But on Sunday, Our Grandson was most interested in everything and anything. He was so alert and awake. He nursed like crazy, but when he wasn't nursing, he wanted to see what was going on.

I made soft-shelled chicken tacos for dinner, as that is what the New Mother requested... but as soon as the dishwasher was started after dinner, DT and I went back to the hotel and slept for 10 glorious hours. We are fairly sure this is the longest we have slept in years.

Here is a little video of Little Leo squirming on Sunday. He was most concerned with the stock market, the Mariners and other vital issues of the day:

Today (Monday) was a big day for Leo. One week old, he went to his pediatrician for the first time this morning. You will all be surprised to learn, Leo is perfect and is gaining weight. The doctor is so close to the house, Lisa & Lenny were able to walk to his office! Isn't that wonderful?!

By the time DT and I arrived to the house (after our 10 hours of sleep), Leo was exhausted!

Then Uncle Eli arrived from London. Eli is Lenny's little brother. Eli admits to never holding an infant - yet he was quite relaxed with his first nephew. 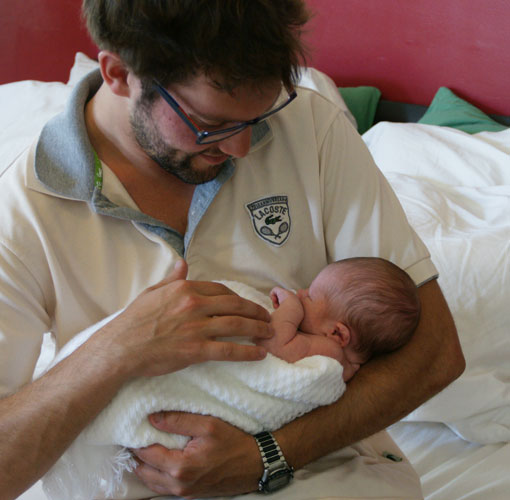 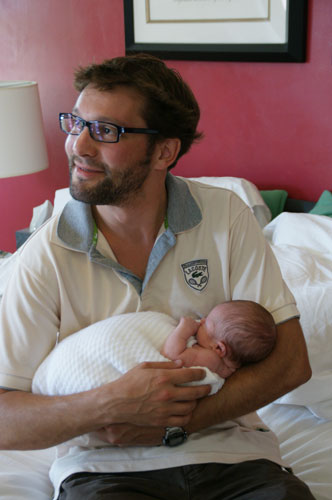 Eli looks pretty relaxed to me. 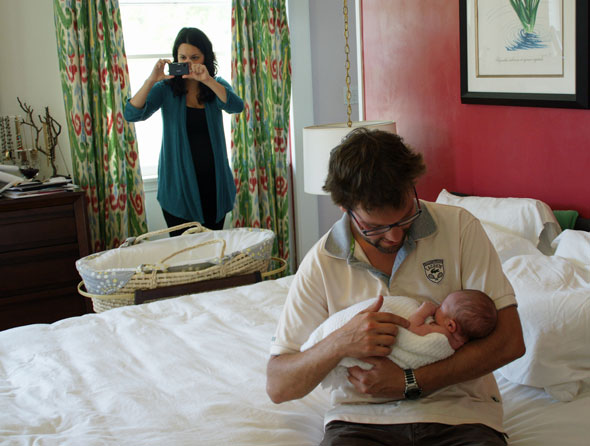 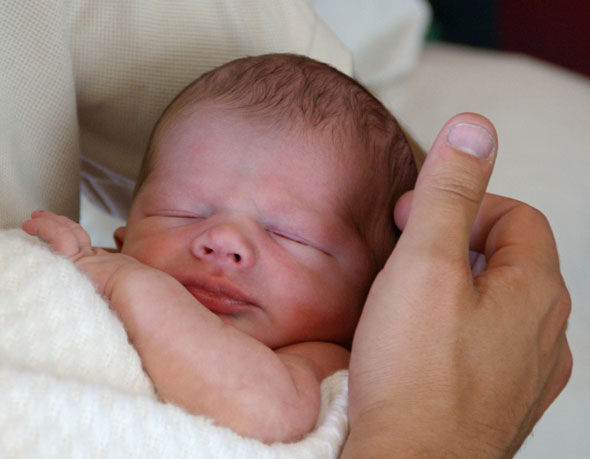 I baked Challah for my grandson's bris. 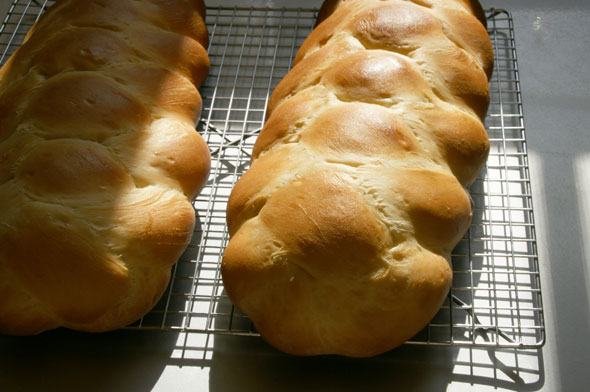 Until my next update, I remain, your submissive correspondent.
« Saturday with Leo Leo’s Bris »