Politics, Pitbull and The President

Indio, California: Several things have been occupying my little mind over the past few days. There is a lot to think about and none of these things have anything to do with me. They did not happen to me, but are circulating around my head.

First, Oregon Governor Kitzhaber announced his resignation Friday, amidst rumors, confusion, criminal investigations and scandals surrounding his girlfriend - often called the "First Lady". She is, of course, not the First Lady of Oregon. She is just his girlfriend. I voted for Kitzhaber four times, met him a few times and loved what he did for Oregon. I hope everything is explained and My Great State can get back to work as soon as possible. As Jimmy Buffett once so poignantly explained: Some people claim that there's a woman to blame... but I know, it's my own damn fault.

Not that the resignation wasn't enough to occupy my thoughts and most of the conversation between DT, myself and other Oregonians we know here in the resort - there was this: 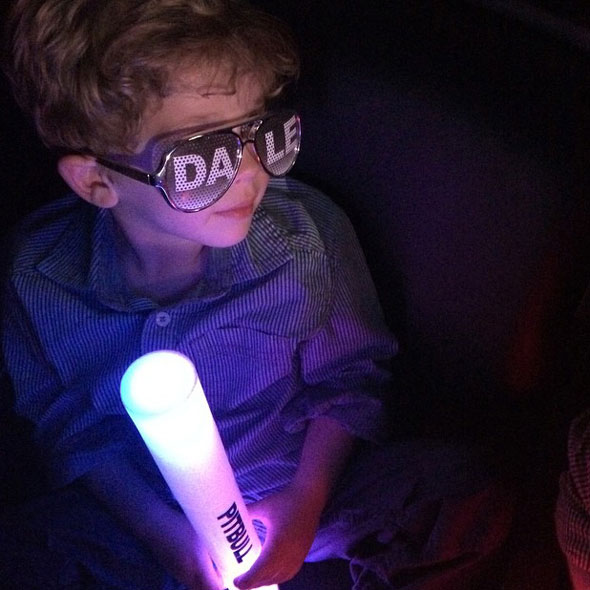 Leo went to the Pitbull concert Friday night in Los Angeles. Seriously. The tickets came courtesy of his adoring (and adorable) Godmother, Angela.

Some background: our little grandson just loves Pitbull's music. Don't ask me. I had to google to find out about Pitbull and can't imagine why anyone would take-on the name of a much-maligned dog breed as their moniker. I think he is a rapper? I only know, a Pitbull song came over the car radio one day and Leo was hooked. Leo especially likes a song Pitbull sings with Kesha... except Leo thinks her name is Ketchup. (View the video of this song, Timber, here... but only if you are not offended by cute girls dancing on bars in cowboy boots and bootie shorts, deep cleavage, sharks, hair-flipping or pigs swimming. There is no profanity.) DALE is Pitbull's signature slogan. Pronounced, dah-ley, it is a term of encouragement... like let's go, let's do this, or maybe the Spanish version of JUST DO IT? 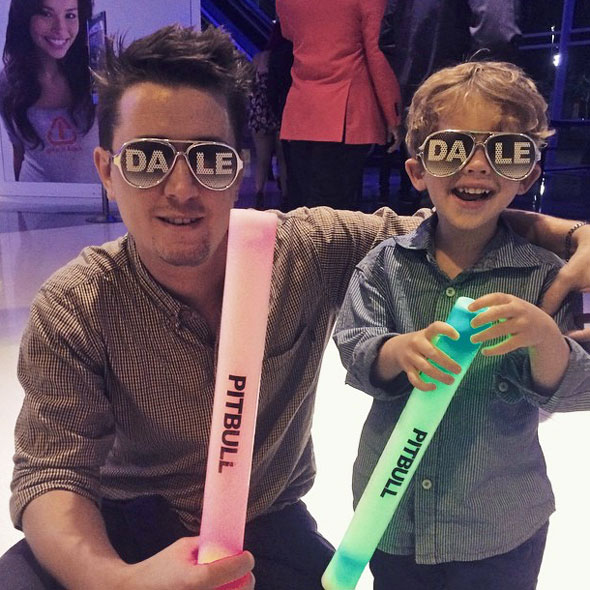 Ryan and Leo at the Staples Center

So anyway... back to my story. Since Leo loves Pitbull's music, Angela bought three tickets to the February 13th Pitbull and Enrique Iglesias concert at the Staples Center as his Hanukkah gift. Maybe she thought Lisa or Lenny would go with them? No way, so Lisa's college friend, Ryan, volunteered (or maybe was volunteered?). Lenny drove Leo to the show and settled-in at a Starbucks across the street from the arena. Pitbull sang first, for 90 minutes, then Angela walked Leo to the door of the Staples Center, passed her godson off to Lenny and returned to watch Enrique Iglesias with Ryan. Angela sent the above photos to me during the show and the following text message: His emotions were ranging from excitement to being overwhelmed to fascination to exhaustion. When Pitbull came on the stage, Leo was yelling "Dat's Pitbull, Dat's Pitbull". Apparently Leo also had a soda (forbidden at home) - plus souvenir glasses and a Pitbull light stick. Leo has not removed the glasses since the concert.

So... when Leo is in college and he and his buddies are talking about their first concert, Leo will be able to brag: Pitbull. I was three.

I spoke/facetimed with Leo the next day about the show. He was wearing the DALE glasses and said, "I am Pitbull". I told him I was confused because I thought he was (Oregon quarterback) Marcus Mariota. "No, I am Pitbull now. Mommy is Enrique and you can be Ketchup".

Besides Oregon politics and Pitbull, the President of the United States is in the Coachella Valley this weekend. A massive cargo plane flew overhead a few days ago carrying his motorcade and (apparently) his golf clubs. President Obama has no official engagements over the three-day weekend and has caused no traffic snafus. He is simply playing golf with boyhood friends from Hawaii.

So... when I drove Dave to Palm Springs International this morning (he is going to Portland for a few days for meetings), we saw this gigantic plane parked near a runway:

Too bad Our President didn't arrive to the area in a motorcoach! I know a great RV park.

Until my next update, I remain, your ketchupy correspondent.