Indio, California: We had planned to drive over to Los Angeles to see Leo the kids, but with the winds, we decided to remain in the Coachella Valley. Our emergency weather radio has been going off with wind warnings for two days now. Best to play it safe.

DT exercised at the resort fitness center, and I took a momentary calm during the storm to jog on the streets inside the RV park... until another squall came up, so I popped into the fitness center for a mile or so... and then it calmed down and I finished on the roads. Confused much?

But then we both decided we just needed to see Our Grandson, so weather-be-damned, we piled ourselves into the Honda and were at Lisa & Lenny's in time to watch the second half of the Duck v Iowa NIT game. Ducks won. It was wonderful to see Little Leo again and he laughed and laughed and laughed as I sang the Duck fight song to him over and over again.

I may have snapped a few photos of the Little Guy with my pocket-sized camera: 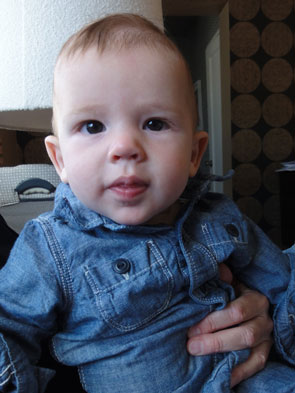 Leo is already 7½ months old! He weighs 16 pounds and he never holds still. 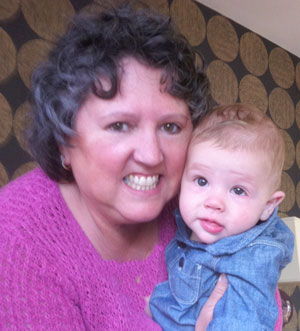 Leo with his Bubbe

Lenny & Lisa are now living in a sea of packing boxes. They received the keys to their new house on Friday and tonight they invited a few friends to see their new digs. 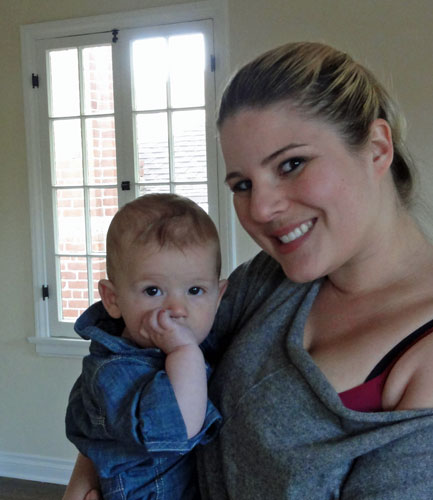 Of course, Leo insisted his Godmother, Angela, was at the party. 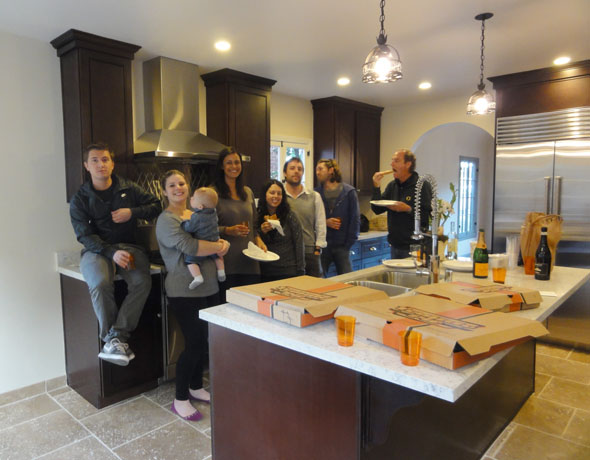 The first meal in their new house - champagne & pizza. Perfect! Everyone loved their new home and we are all looking forward to many more wonderful celebrations in this gorgeous kitchen. The pizza tonight was some of the best I have eaten in years. Yes, I mean YEARS. Lenny brought the pizza from Tomato Pie Pizza Joint in Silver Lake. New York pizza in El Lay!

After the pizza party, DT and I drove back to Indio. Don't worry, we will be back to The Big City next weekend. Something about a track meet... and (of course) to help the kids move.

Until my next update, I remain, your fixed correspondent.