Indio, California: So much for a relaxing week in the desert. We are, as usual, running around like the often-referenced headless chicken. We have had two dinner parties, hosted one movie night (complete with popped corn) and one TV night. In my spare time, I upgraded to a new iPhone, had a haircut and a pedicure. Don't forget all the walking, jogging and - a new challenge from a friend - squats. I can barely move. So dang sore.

Now we are focused on our trip (via airplane) to Dallas on Friday for the Big Game. Due to the quick turn-around time for ticket printing, shipping, etc., the University of Oregon emailed game tickets to fans and we printed ours in our RV. How modern. There are so many activities surrounding the game. Brunches. Cocktail parties. Fan fests. Concerts. Some sort of tailgate with the Zac Brown Band. And don't forget - a football game! This is going to be so much fun.

Due to the college championship game being held in a NFL stadium, we must obey the NFL bag/purse policy. Basically, if you want to bring anything into the stadium it must be a clear plastic bag approved by the NFL.

The NFL (of course) sells such bags. What a racket. I ordered such bag on amazon.com and ordered one from "the team in DC", since our son-in-law (Lenny was raised in DC) has been a devoted fan his entire life. Until Coach makes a bag sanctioned by the NFL I will have to carry such a tacky plastic purse.

It won't even match my shoes. 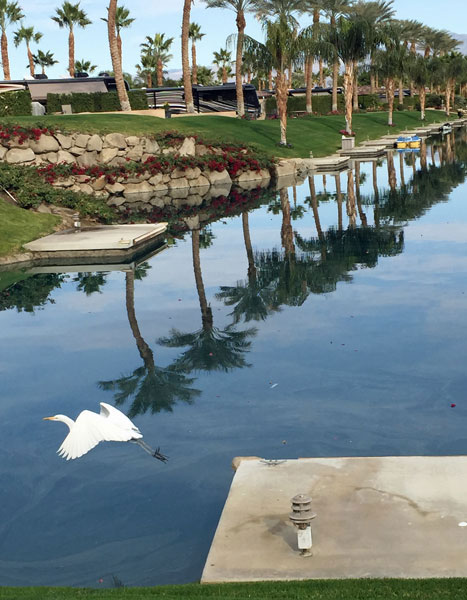 Other than these activities, we have been enjoying the bird life here at the RV park and... 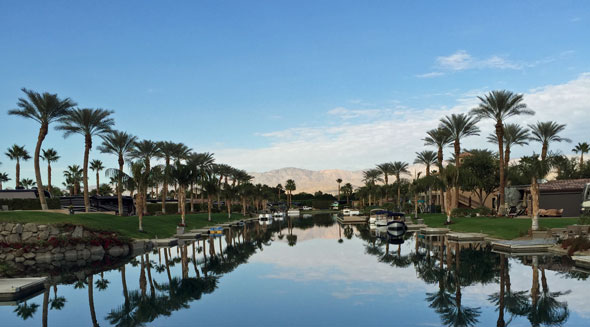 ...of course, our gorgeous view. Not to mention the temperatures have been in the high 70's all week. The weather is not supposed to be quite so lovely over the weekend in Dallas. Happily the game will be held indoors.

NOTE TO READERS: It's the 15th Anniversary of the RV Goddess blog - buy me a martini!

Until my next update, I remain, your prolific correspondent.

« Scouting Trip We Are in Texas »