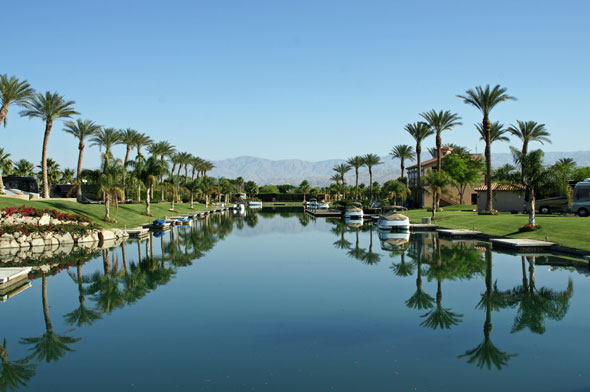 Indio, California: DT and I were up early this morning. We left this gorgeous, ripple-free canal and headed over to Los Angeles. We stopped at Lisa's house to pick her up and then headed off to UCLA for a track meet. Yep - you guessed it - the Ducks v UCLA in a rare-these-days dual meet. 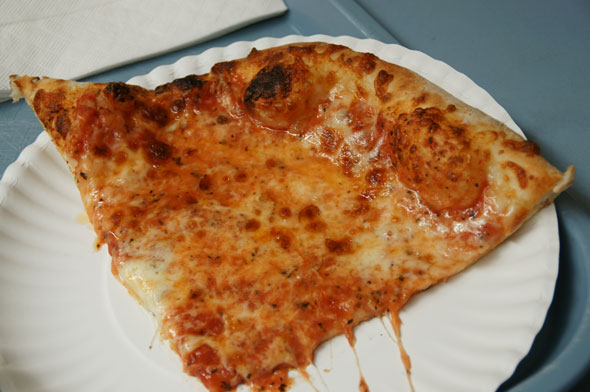 We may have stopped at Patsy D'Amore Pizza for a pre-Passover indulgance... 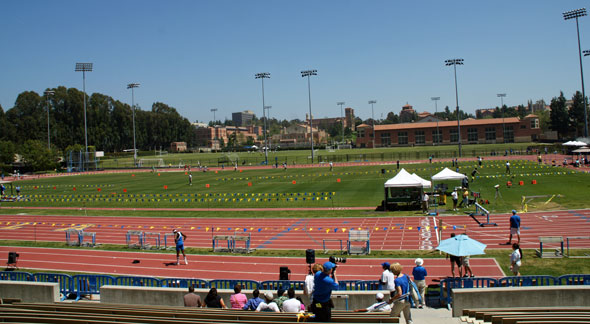 But were soon in our seats at Drake Stadium on the beautiful UCLA campus.

Young Matt and I had been texting last week. We had a deal. He brought the win; I brought the cookies. He lived up to his end of the bargain by winning the 1500. 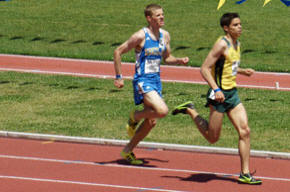 Matt comes around the final corner, on the shoulder of Cory Primm - then went into a higher gear 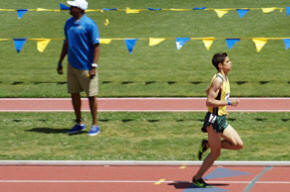 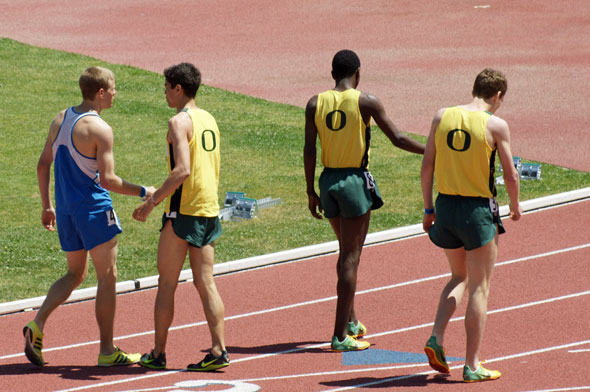 After the race, Matt shook hands with Cory... then an hour later, Matt beat him again in the 800m. Ouch. 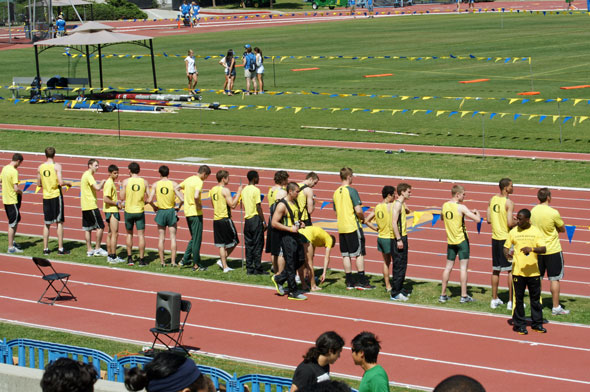 The Oregon team lined-up at the track to cheer-on their racers. 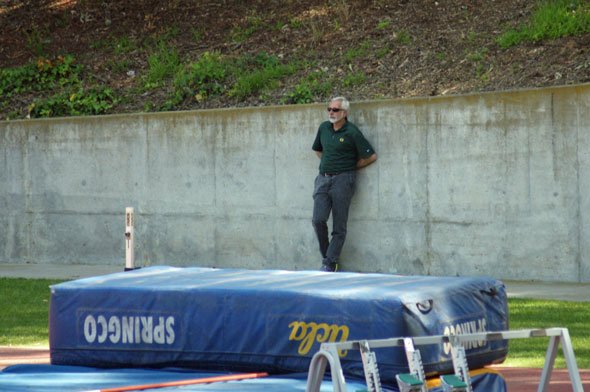 The Oregon track coach, Vin Lananna, went as far away from the race as possible. He gets just a tad bit nervous. 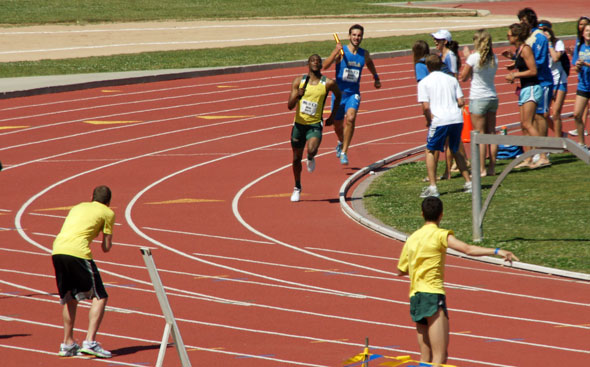 No need to worry today, Vin! Michael Berry came off the final turn like he had been shot out of a cannon! Wowzer - he ran the fourth leg in 45-something seconds! I think he is 18 years old. Ducks won the relay and the meet ended in a tie. 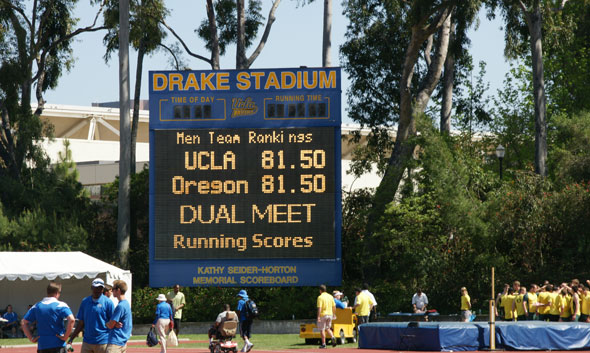 Well, that was fun! 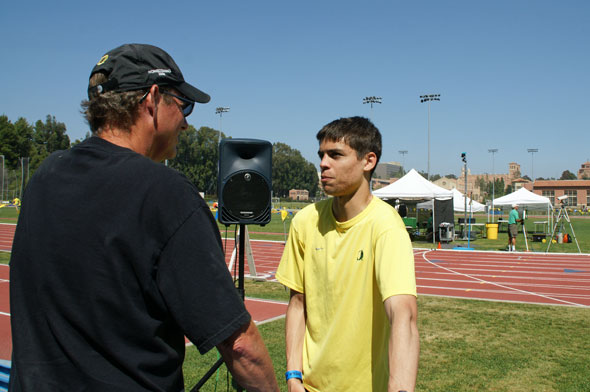 And Young Matt came over to claim his cookies (chocolate chip, no nuts, as per his request). Matt's dad was on the Oregon team with DT in the 70's.

Then it was back to Lisa's for a little rest - and a little photo shoot! 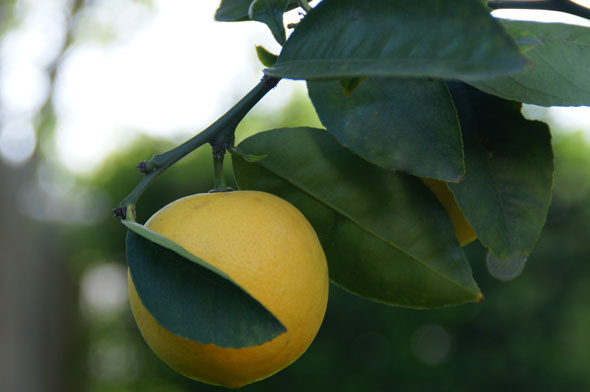 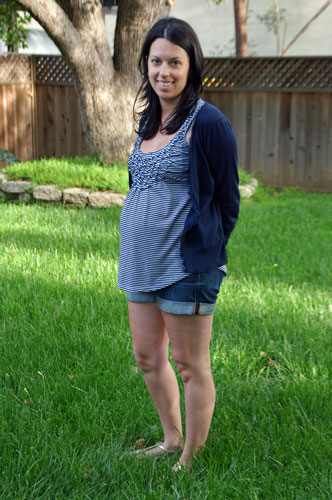 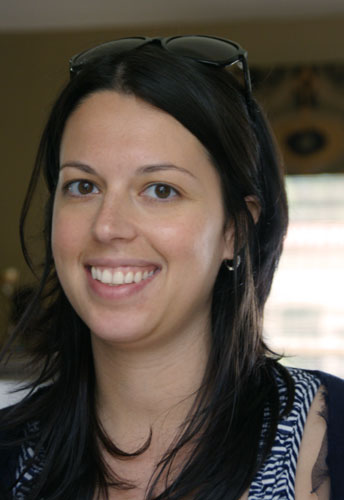 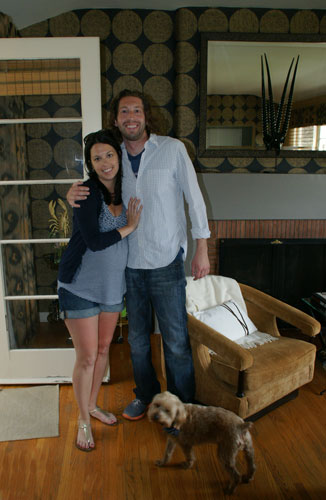 Then we all went out dinner, and DT and I drove back to Indio.