Pendleton, Oregon: Yes, you read it right - we are now back in The Great State of Oregon and the Pacific time zone, after making an epic all-day drive... mostly due to getting shut-out of every over-booked 3-day weekend campground because we didn't realize it was a holiday weekend.

I am embarrassed to admit, I thought Memorial Day was next weekend. We need a wall calendar. 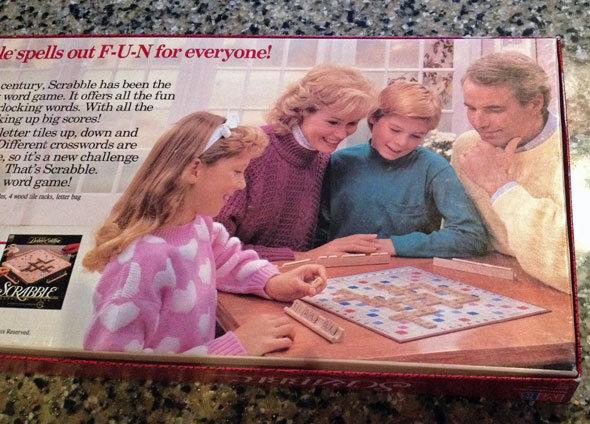 It was 1989 in our motorhome last night. We decided to play Scrabble, so I brought out the game. Nothing wrong with the original box, all pieces accounted for, etc., but the date on the back read 1989. Must have purchased the game when we bought our first RV - a VW pop-up van. Wonder how many miles that thing has traveled in the five RV's we have owned? We need a current dictionary in the RV too, as My Driver refused to accept a few of my played "words". I'm keeping this antique edition - the board folds in half for easy storage and the tiles and racks are made of wood. Wood. Like from a tree. And the game was made in the USA!

I wanted to see a few meteors from the big meteor shower overnight. There wasn't a hint of light in the Craters of the Moon National Monument campground (where we were lucky to barely-wedge-in to a $10 campsite last night) to distract from the night sky. No meteors, but we did witness a gorgeous sunrise. At 5:30a. 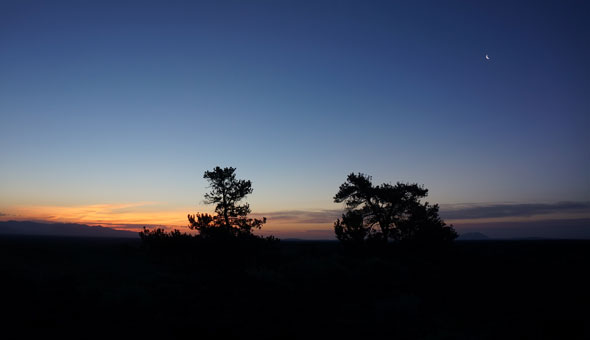 Sunrise... with a sliver of the moon 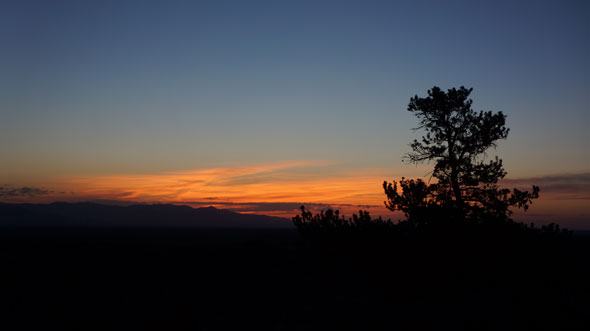 All we did today was drive, drive, drive. Nearly 400 miles until we found room at the inn... any inn... which tonight happens to be the KOA in Pendleton, Oregon. After 400 miles, I didn't care where we stayed.

Remember the cowboy boots we sent to Leo from Jackson, Wyoming? He received the boots yesterday, put them on and has not removed them since. Over 24 hours so far. Leo wore his boots to bed, and scared Lenny and Lisa at six o'clock this morning when he started clomping on the hardwoods. They thought they had an intruder... but it was Cowboy Leo, ready to start the day. 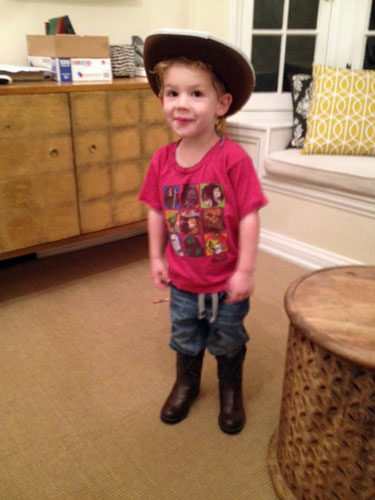 I think he likes 'em. 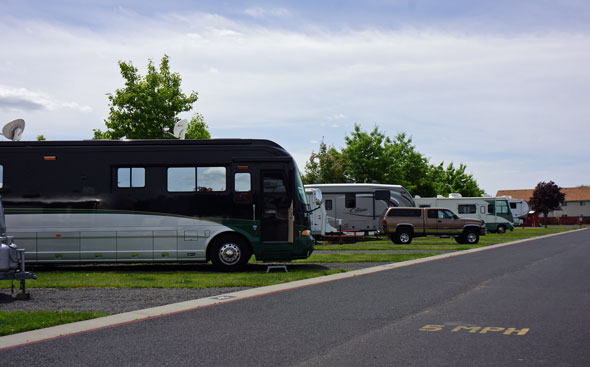 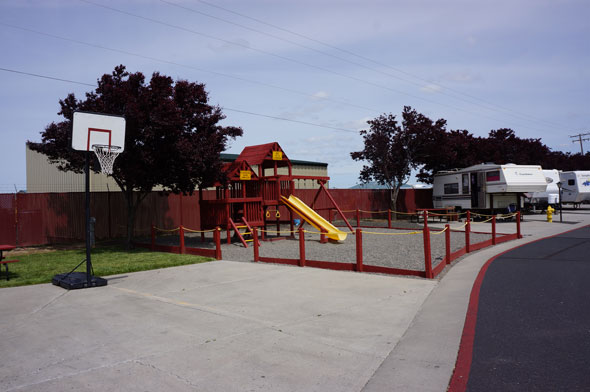 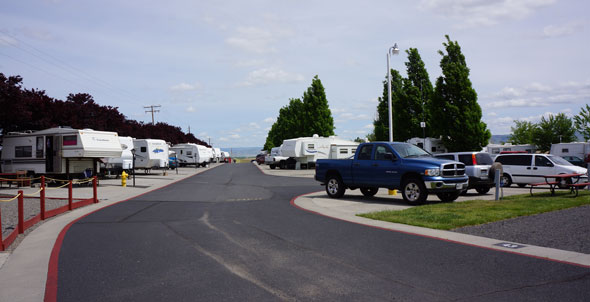