Los Angeles, California: My Ducks lost today in the Rose Bowl against The Ohio State University. It was a very good game, with the lead changing very often, but in the end, OSU had the better team and beat the University of Oregon 26-17.

As you can imagine, Dear Reader, I am simply exhausted and want to get to bed, so will post a whole buncha photos with captions. We tailgated with the same two families we always tailgate with at home - along with our assorted children, relatives, friends and strangers. The weather was outstanding and we had a very good day... until we realized we would not be returning to Oregon as 2010 Rose Bowl Champions. 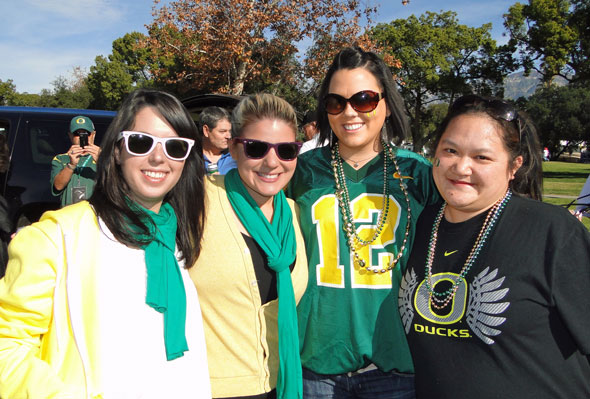 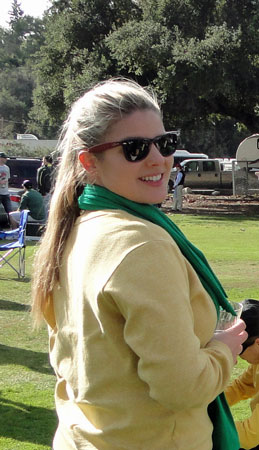 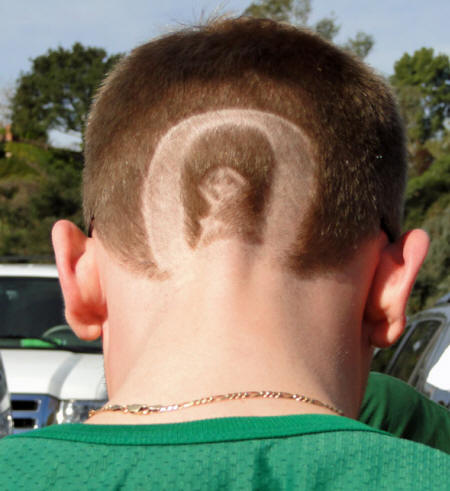 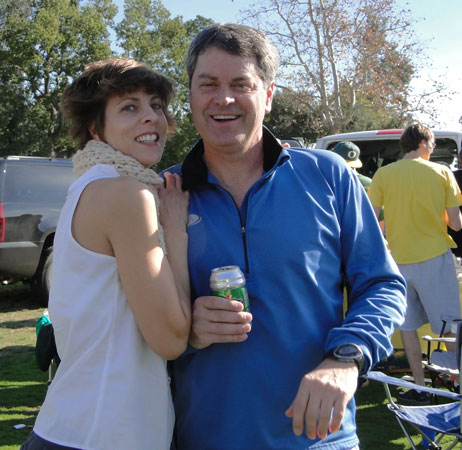 Roxan with My Captain 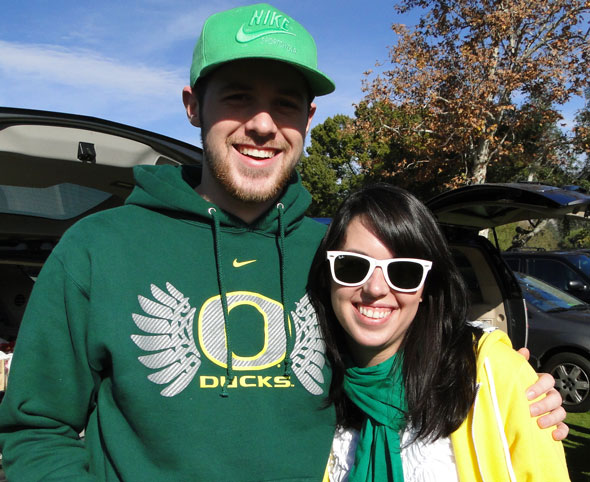 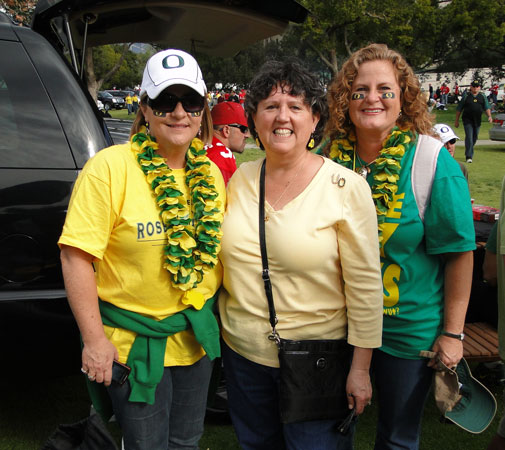 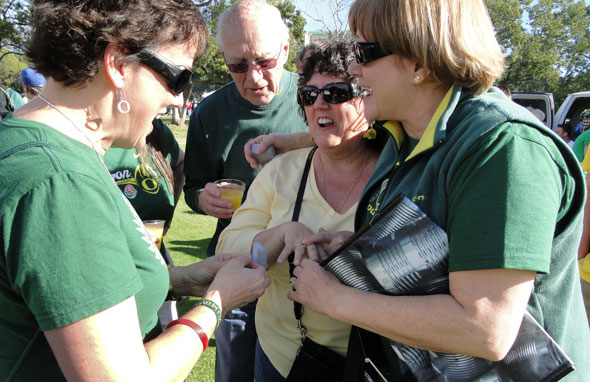 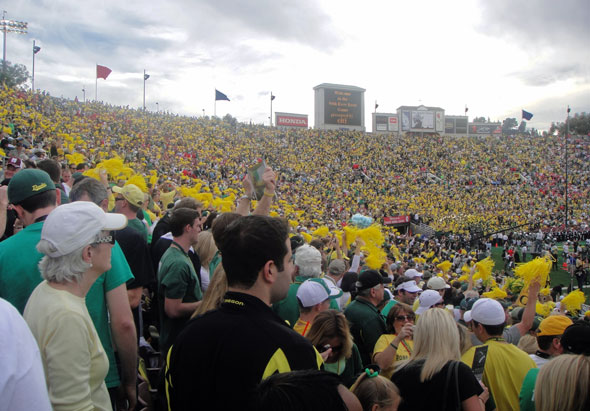 The Ducks were well represented inside the stadium 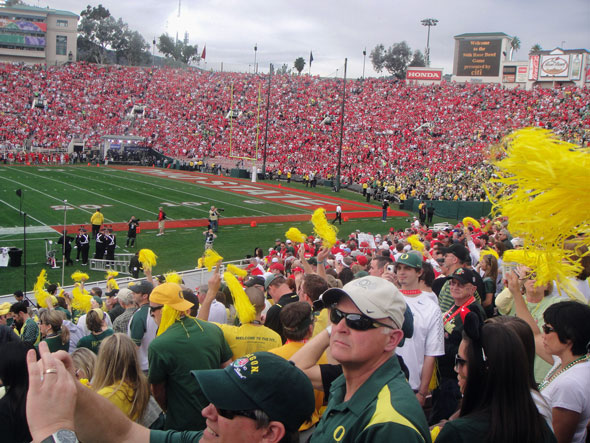 As were the Buckeyes. All day we heard either GO DUCKS or GO BUCKS. 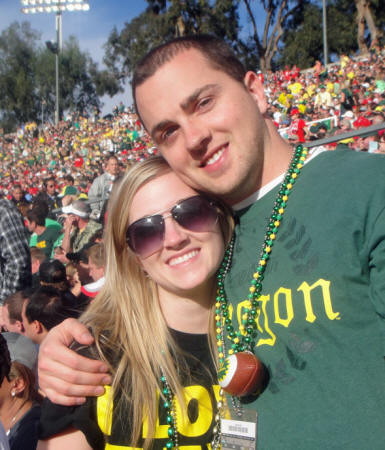 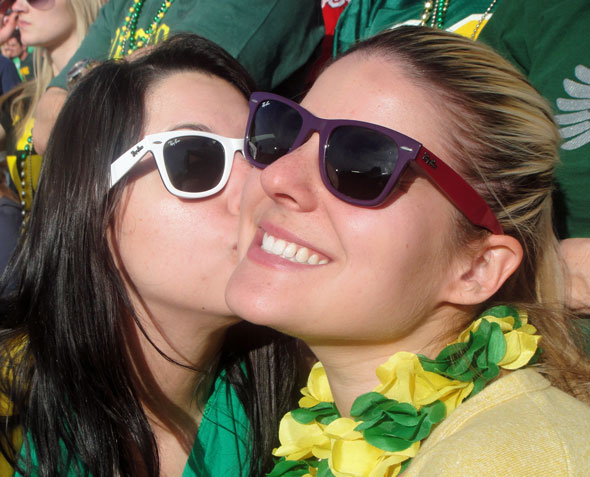 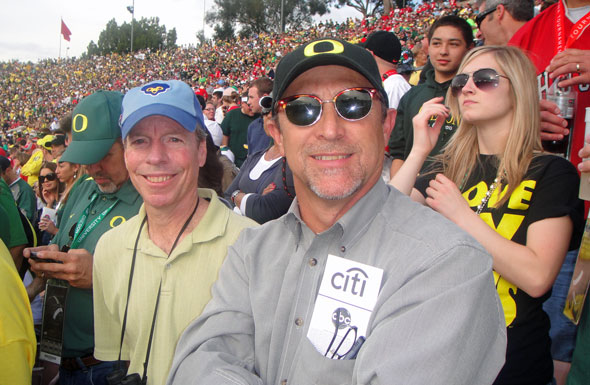 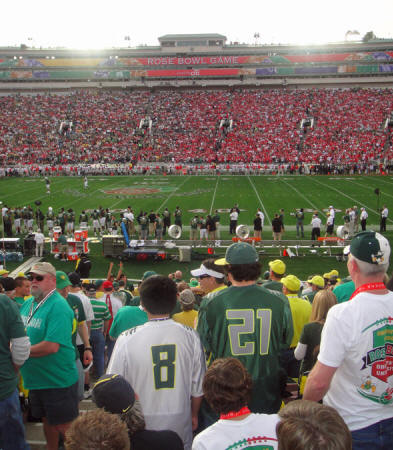 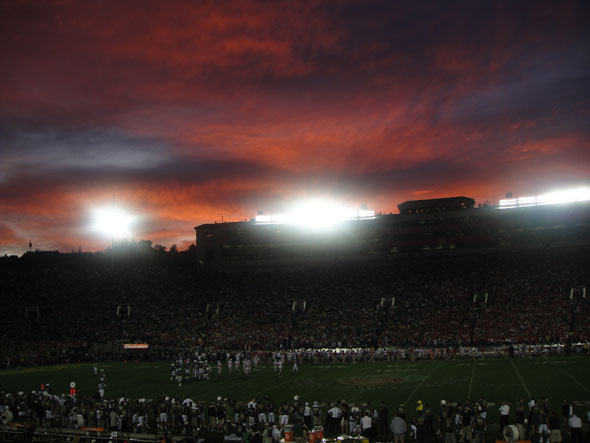 Our view as the sun set on Our Ducks 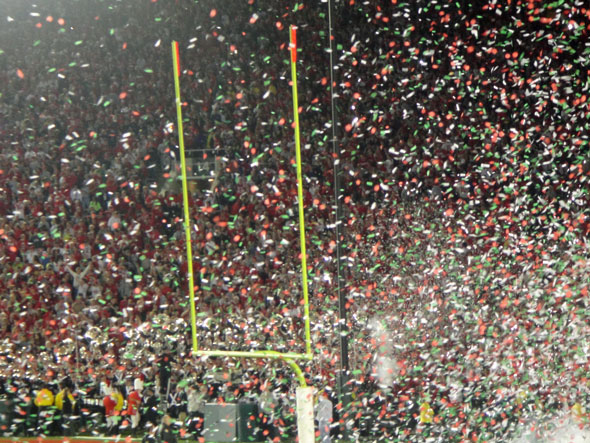 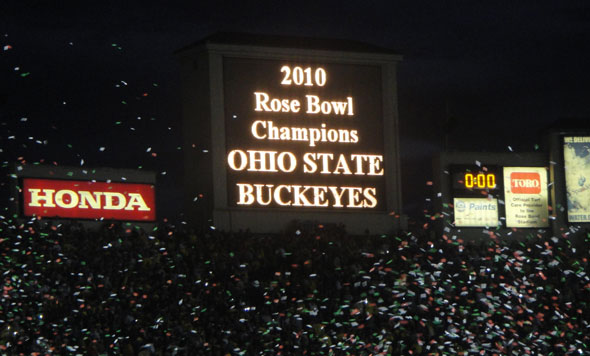 Congratulations to the Buckeyes for a great game! Now please let this all slip from my memory bank before late August when DT starts planning our fall football RV road trips.

As I mentioned last night, DT's college roommate flew out from Chicago to join us for the game. There were four roomies in that apartment in Eugene. DT and Red were here in Pasadena today, and the other two - Bruce and Curtis - were in Hawaii, watching together on television with their families. Curtis emailed this photo to me during the game! 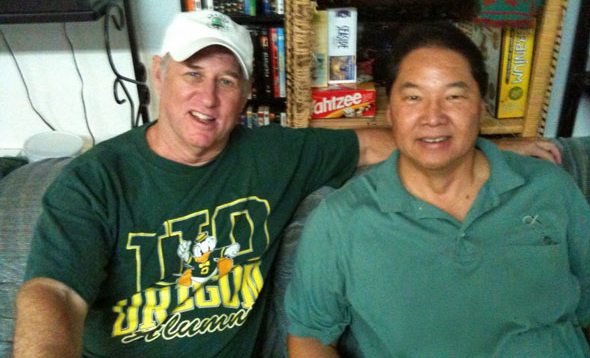 Tonight, Red, McKay, DT, Lisa & I went to a little Italian place near Lisa's house for a farewell dinner. Red and McKay fly back to their real lives in the morning. 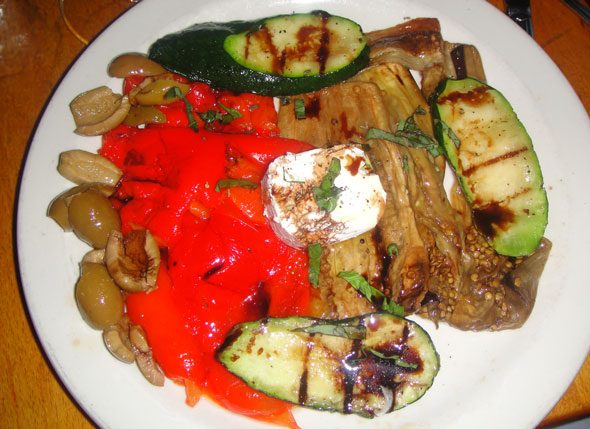 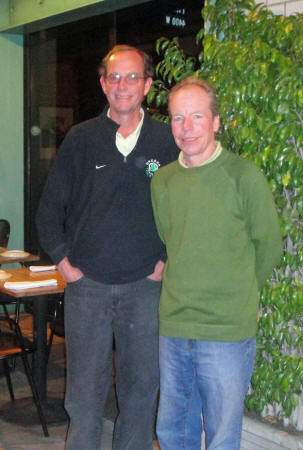 It has been great to see old friends again - but it is going to be a very long flight (or DRIVE) home for a lot of Duck fans. If you see any of us on the freeways (or in the airport) over the next few days, be kind. Duck fans only remain bitter angry self-destructive sad for a short while. Plus, Pac-10 Basketball season is already underway!

Until my next update, I remain, your very exhausted Duck-loving correspondent.