Peoria, Arizona:  Another beautiful sunny day in the desert. Should I stop reporting our weather? This morning we ran on the curvy sidewalks of a large housing development. Flat and safe. Then we headed out with my Dad to a 1 o'clock game between the Seattle Mariners and the Denver Rockies. Our friends Marci & Jim (from Oregon) were also at the game today and we planned to meet-up with them - except we ran into Marci & Jim in the parking lot on our way into the stadium! Fun to see familiar faces in new places.

On the concourse surrounding the stadium are a zillion booths selling food, drink, souvenirs and assorted stuff. We watched kids trying to win a prize by pitching baseballs into the glove of a "stunt" catcher. 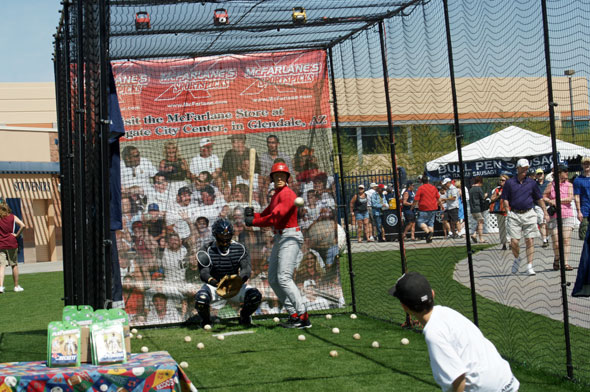 Five balls for $4 - hit the mitt four times and you win a prize. Maybe a t-shirt. Can't recall. No one even came close while we watched and I am fairly sure a few of the kids were high school or college players on spring break. 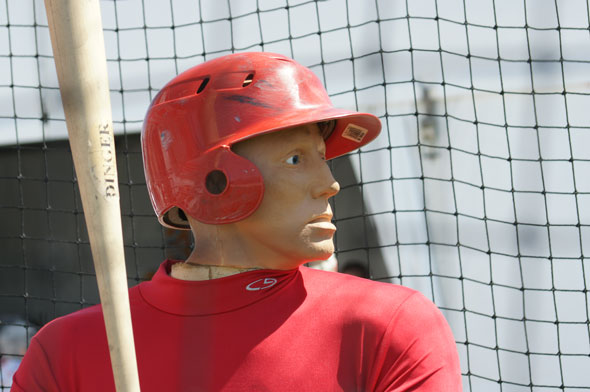 Look at this poor mannequin. He is obviously terrified. Poor guy must be hit hundreds of times a day with a wild pitch. His steely stare must intimidate the little pitchers. Poor kids.

We walked over to the lawn seats above the outfield to see the view of the stadium from the grassy area. Many people pay only $8 to enjoy a picnic on the lawn and watch the games. 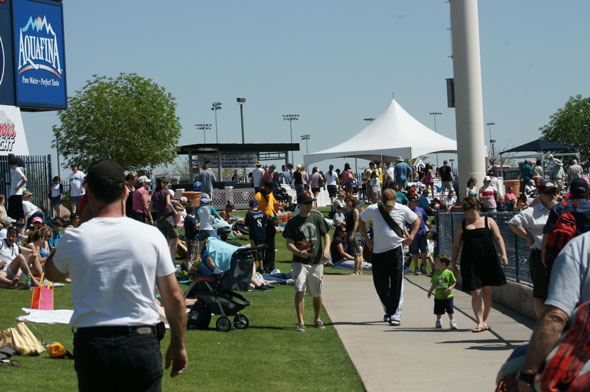 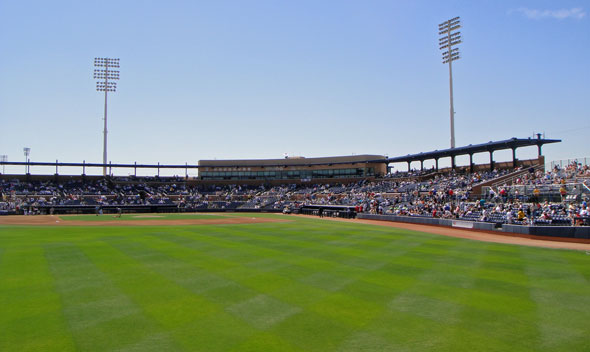 The pretty view from the lawn 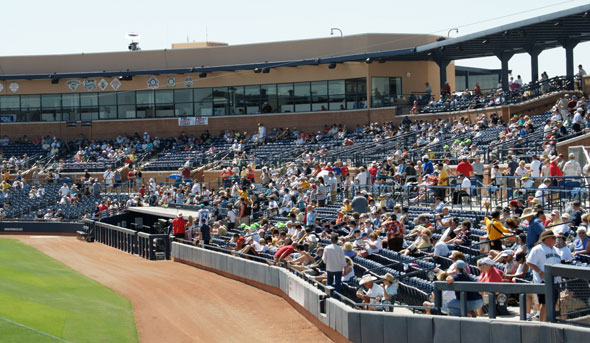 Thirty minutes before the first pitch, the stands are starting to fill

We had seats in the shade! Today's game was a sell-out. Completely packed stands and the lawn area was also full. Too bad, because there was barely a name on the roster we knew. It was as if the Mariners decided to play their JV team... except the JV team was busy and didn't show-up. Who were these guys? They were wearing numbers, but were not listed in the daily print-out. I know this is Spring Training and they are trying out a lot of new players and kids from college and the minor leagues... but all of them in the same game? (Maybe they found the young players at the pitching game booth on the concourse?)

Needless to say, we did not see Ichiro today. 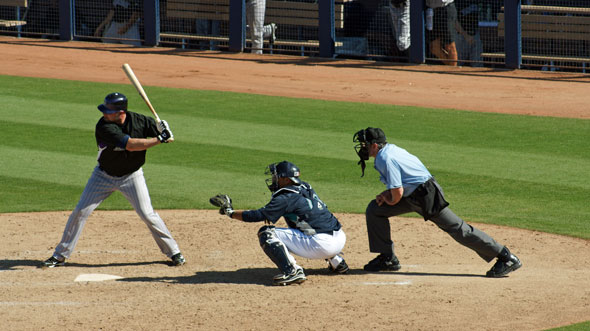 The Rockies had a player we knew - Jason Giambi (above, batting). You may not recognize Giambi, as he has lost quite a bit of weight since getting off the juice.

And by juice, I mean steroids.

The Mariners lost again this afternoon, 9-2. It was not a very exciting game, as you may very well imagine. Dad said the most exciting event during the game was two doves landing on a wire above our heads.

In other news, our neighbor (at home, in Oregon) just completed a sponsored stitch-a-thon to raise money for one of our favorite charities - the Oregon Food Bank. Lori needle-pointed for twelve straight hours. Twelve hours devoted to needlepoint soundslike heaven to me, but I can imagine it probably isn't as glamorous as it seems. Thank you, Lori - and don't forget to support your local food bank! 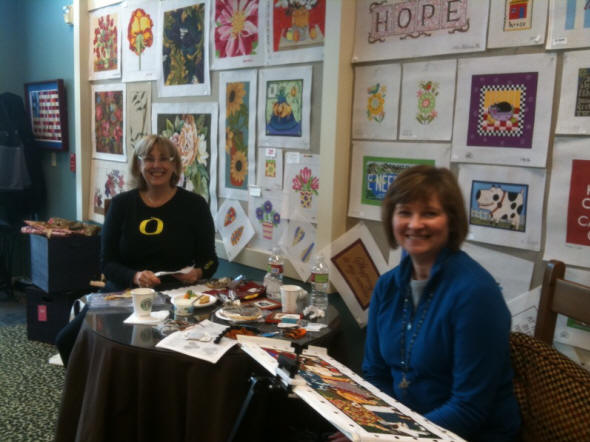 Lori, in blue, in stitches for 12 hours in Portland, Oregon 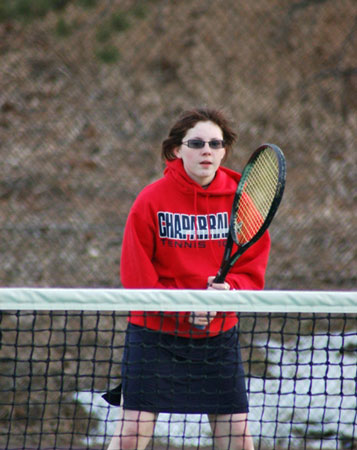 Isn't there just something wrong about playing tennis in a sweatshirt with snow on the ground?

Until my next update, I remain, your "my bracket is already ruined" correspondent.

RV Park:  Valley of the Sun RV Park. Bare-bones facility behind the Ramada Inn on Grand Avenue near the 101 Ring Road. $230 for a week. Our site is one of the few with 50 amp service. Back-in site over quickly-collapsing asphalt. Bath house and laundry and it seems RV guests can use the motel pool.
« Night Game Nothing to Report »