Indio, California: On Thursday I prepared two whole chickens for roasting and placed them in plastic bags. I baked a dozen chocolate cupcakes, decorated with pink sprinkles. 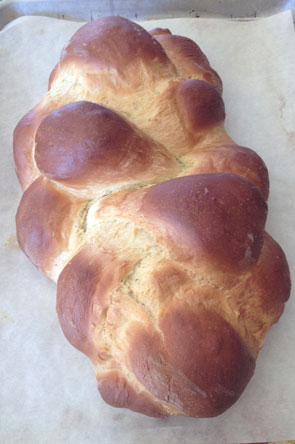 Before, during and after: the world's ugliest Challah

Friday morning I baked a loaf of Challah, made a huge Oregon Salad and trimmed three big bunches of asparagus. Friday, at noon, we loaded it all into a cooler and headed over to Los Angeles. Meals on Wheels. 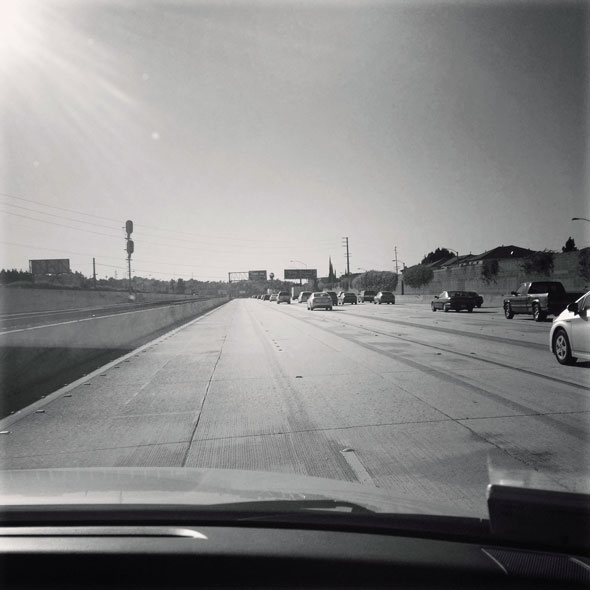 Dave and I had our own private speedy freeway! No other cars in the carpool lanes for miles. We arrived to Lisa & Lenny's ahead of schedule. We were bringing dinner for Lisa and Lenny, and also Lenny's entire family. Everyone flew to Los Angeles to attend Lucy's baby naming ceremony.

The birds went into the oven, the asparagus followed two hours later, the greens were tossed and dinner was served. 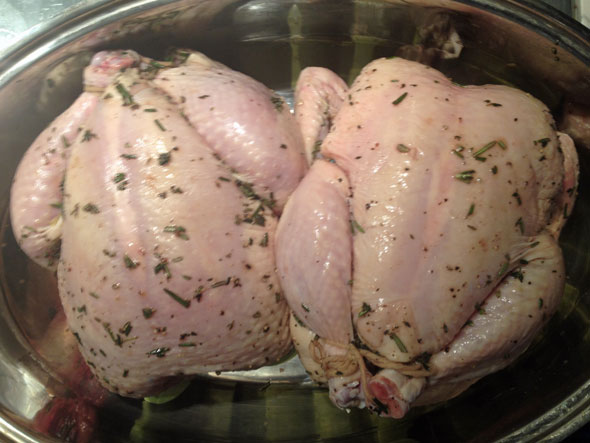 Just minced herbs with salt, pepper and a little olive oil -
the cavities were stuffed with fresh herbs and lemon slices. 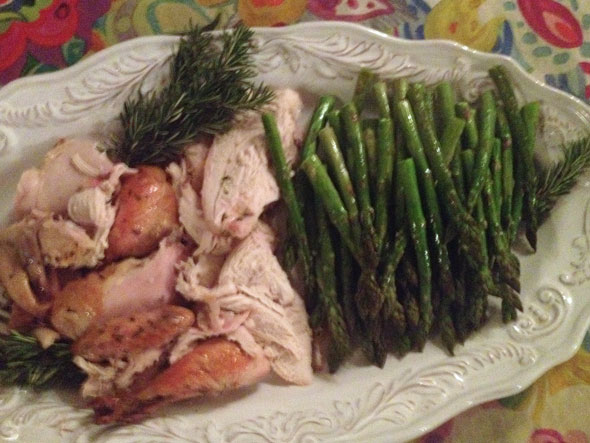 Blurry, but you get the idea...

We dined at 5:30 - very early - so we could all get to temple for the Shabbat service. 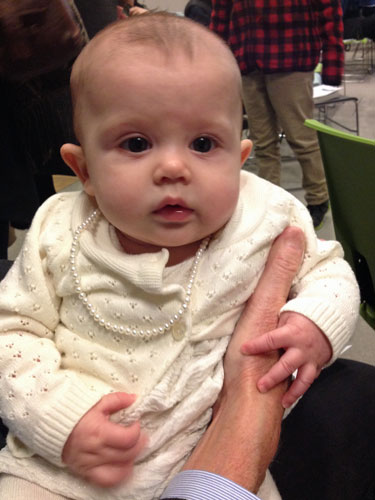 This is serious, isn't it, Bubbe?

Lucile Joy - in pearls from Lisa's godmother - was perfect during the service, which began with her naming ceremony. The rabbi told the congregation Lucy's Hebrew name, Lirona Ruchela (Lirona means Joy in Hebrew; Ruchela was Lenny's Bubbe's name), and prayed the darling girl would have a good, long life filled with the love of G-d, study of the Torah and kindness to others. The Rabbi later told us Lirona Ruchela stared deep into his eyes during the entire prayer... and he also told us an interesting legend: Babies know everything in the womb. Everything. They know the Torah. When the baby is born, an angel strikes them between the nose and upper lip, causing a dimple (known as the philtrum) and causing the infant to forget everything, so they must begin to learn everything again.

That angel must have whacked me extra hard.

Our beautiful grandchildren - Lucy already protecting the world with her brother's Star Wars light saber thingy and Leo peeking-out from his new teepee.

Dave and I didn't stick around in this morning, but headed back to Indio to get ready for yet another trip to Los Angeles... actually, this time, Pasadena... and we are bringing the RV. 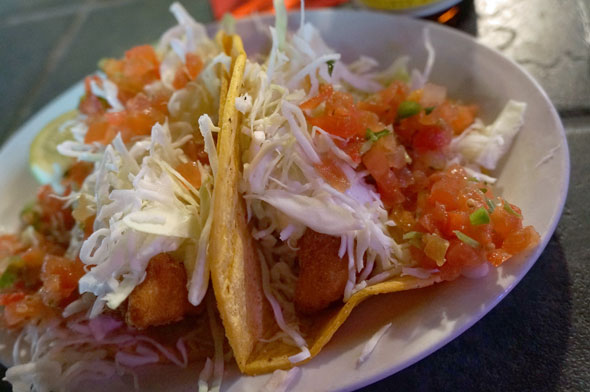 On our drive, we realized we were super hungry since we had not eaten since 5:30 last night, and it was nearing lunch time. Shanghai Red's! Fish tacos!

We were greeted back to our little campsite with this beautiful view... 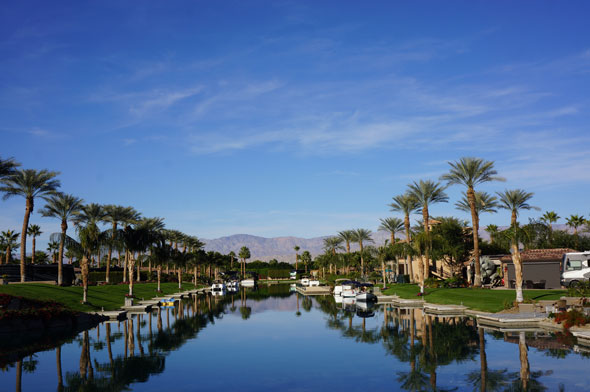 ... and a little Roadrunner. 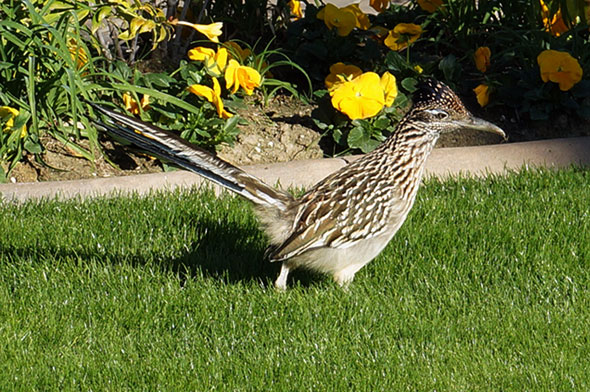 Until my next update, I remain, your very blessed correspondent.

You may also be interested in: Leo's naming ceremony.