This was one of those days where you race around, attempting to tackle a list of tasks, but are constantly interrupted or side-tracked by the phone or doorbell... until all you want to do is scream... except this time, stuff was actually accomplished. Just not by me.

Also, we decided THIS morning to leave TOMORROW morning for a quick road trip to California to help celebrate Brother Billy's 60th. We had been up and down on this decision - what with our house being remodeled and all. Turns out our bathroom remodel is finished! 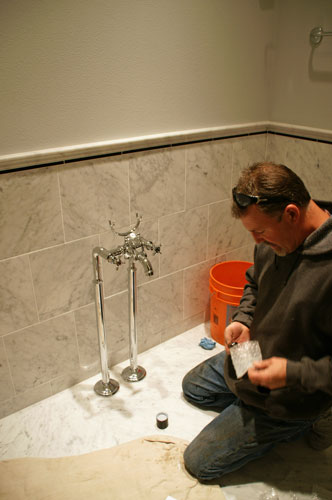 We had been waiting for one little part for the tub drain mechanism and it magically appeared yesterday afternoon! The plumber showed-up at 9a today with his assistant and they set to work installing the (apparently complicated) tub filler and the tub.

Oh. And our water was turned-off for several hours this morning. Always fun. 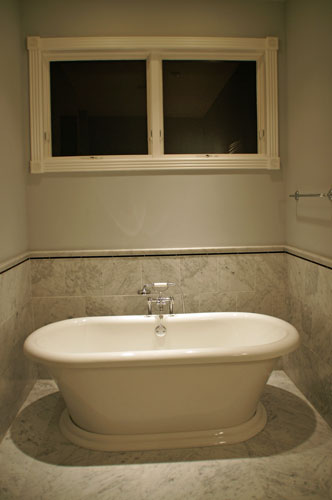 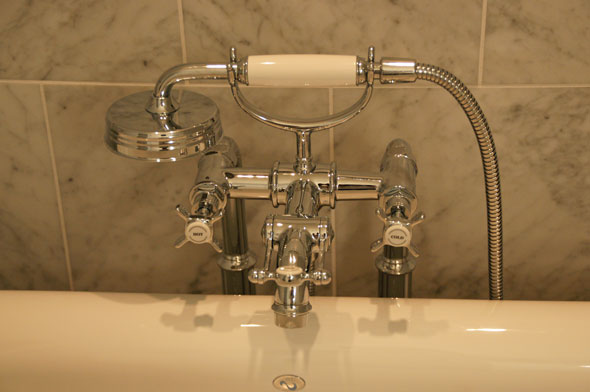 The bath faucet also has a spray nozzle. Something tells me, some how, some time, there is going to be a water fight in this bathroom. 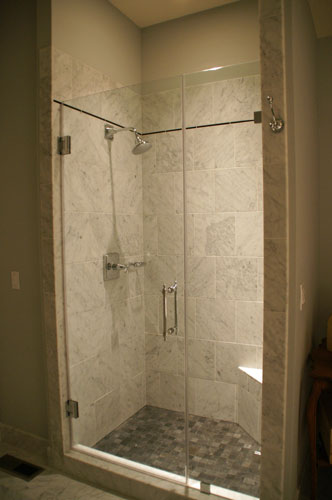 The glass door to the shower has been installed! 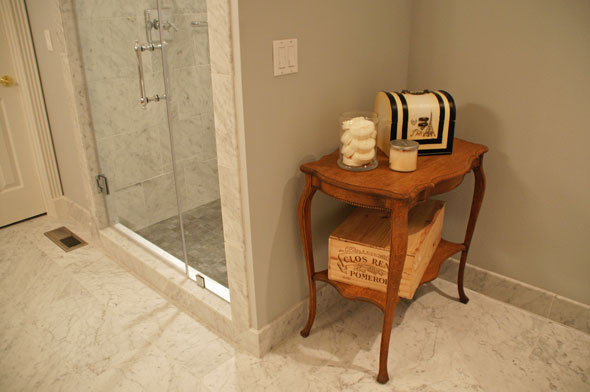 We have started to put the accessories back into the bathroom. We are going with a Paris theme. Notice the brass door handle to the walk-in closet? It suddenly looks so very-much out-of-place with all the chrome in the bathroom. Our contractor is swapping-it-out for chrome next week. Notice the glass jar with bars of soap on the table? It used to have a glass lid... until I knocked it off and it shattered into 4,592,675 pieces on the marble floor.... which meant I spent about an hour (that I didn't have) vacuuming and vacuuming and vacuuming. 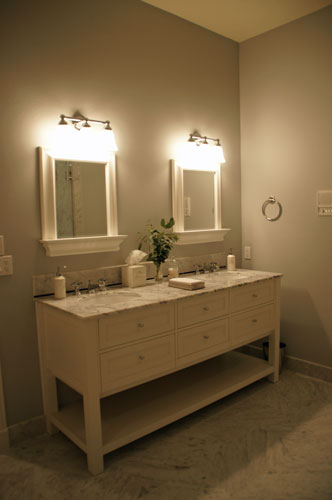 We put out the soap dispensers, etc. It would probably be a good idea to get some towels and a bath mat. Towels are handy in a bathroom, don't you think?

I'll get right on that. 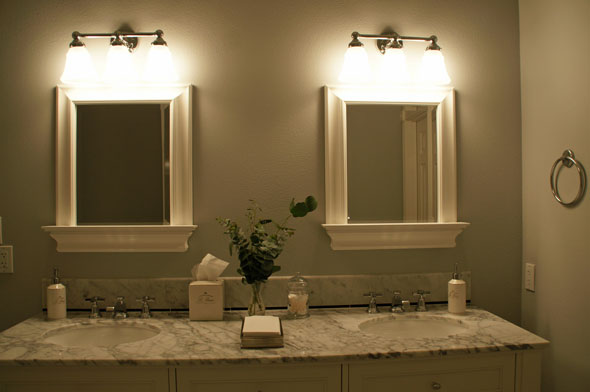 Next week, we will hang the "art", buy some towels and the room will be ready for occupancy.

In my spare time today, between packing, conferring with our housesitter and getting organized for a few days away, I... 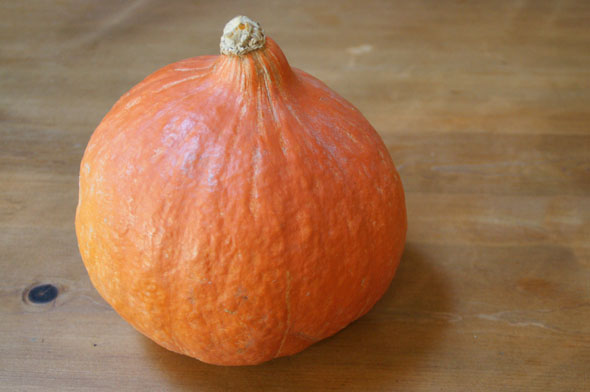 1) roasted an entire Red Kuri Squash and pureed it into a velvety soup. I served the soup with a cilantro-infused olive oil and topped it with a few toasted pumpkin seeds. This was yummy.

After I buy towels. 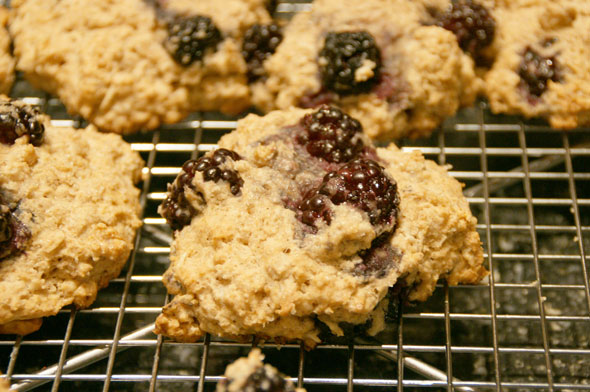 2) baked Marion Berry Oat Scones. A girl can get hungry on a road trip. 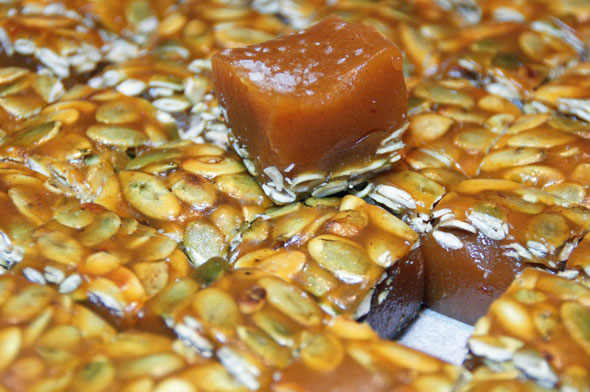 3) made more of the very popular Salted Pumpkin Caramels. 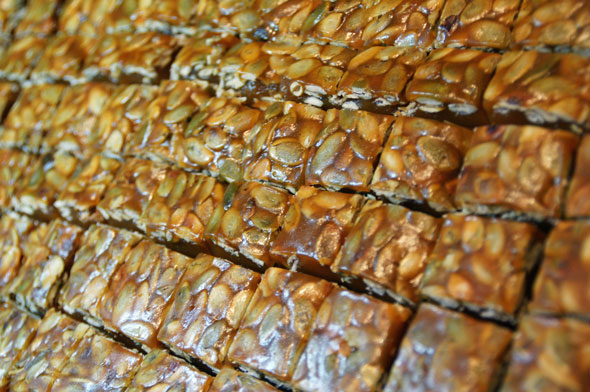 I didn't mess around this time. I made a double batch.  We can't show up to a birthday party empty-handed.

Little Leo had a party to celebrate his 3 month birthday last night.

What's going on? Why am I wearing this pointy hat?

Until my next update, I remain, your behind-schedule correspondent.

« While We Were Away Road Trip »