Portland, Oregon:  Just when I think we have been with the kids to every museum in Los Angeles, we learn of another. There is just so much to see and do in the LA area for children. This morning we went with the kids to the Discovery Cube, which was hosting a special exhibit of life-sized  dinosaurs, Dinosaurs Unearthed. 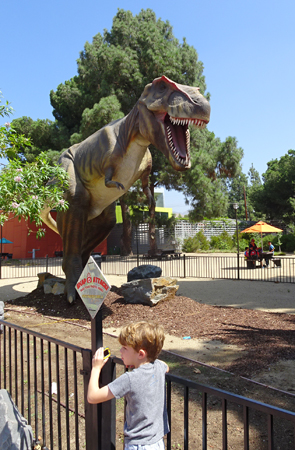 Lucy wanted nothing to do with the terrifying growling monsters and buried her face in Bubba's chest. Leo was making a video with his miniature video camera.

Inside the science center, we learned the focus of the museum to teach about the ecology of the Los Angeles area. We learned about the water and waste treatment systems, the aquifers, trash and recycling and the regional weather systems. The information was well staged and presented to different age levels. 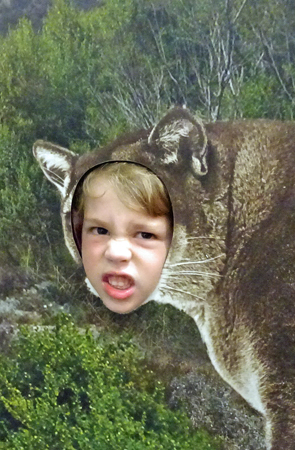 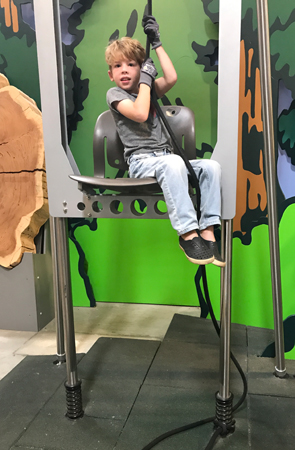 Leo climbing, and hoisting himself up via a pulley system. It's science!

There was so much to do that the dinosaur special exhibit was the least impressive area of the museum. 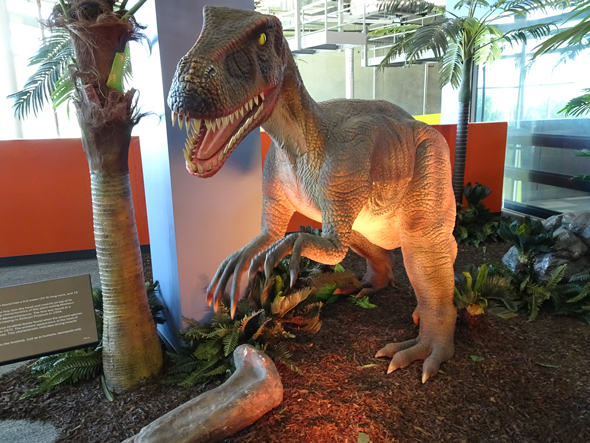 They moved and roared, but they looked so incredibly plastic, in the end, even our Brave Three Year Old wasn't impressed. Leo loved pushing the different buttons to get the heads, tails and "little hands" move. Many of the dinosaurs depicted were discovered when digging a new highway in Sichuan, China. There were several actual bones, teeth, skeletons of dinosaurs on display and a lot of informational signage... but following Lucy around kept me too busy to read much of anything.

Since we are such fabulous grandparents, we put 25-pound Lucy and 39-pound Leo in a wind tunnel that blasted air at 90 miles per hour. It's science! 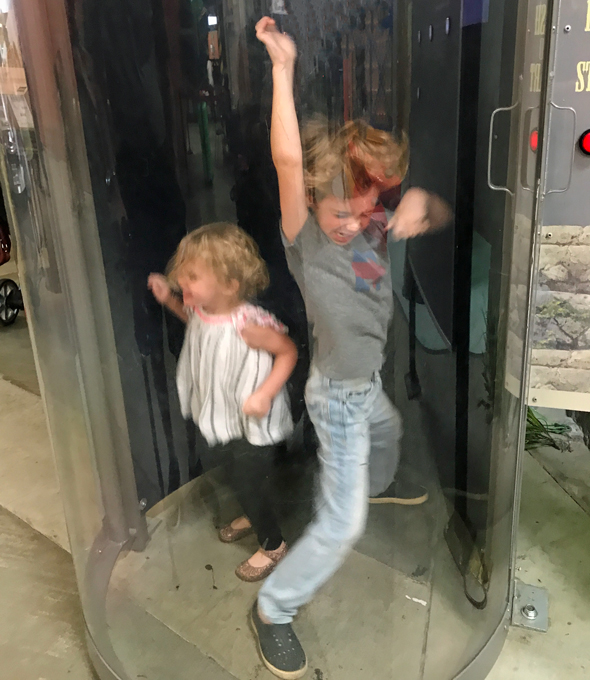 Now we know what Lucy looks like with straight hair. Both kids loved it, by the way.

Continuing our mode of "teaching through doing", we put the kids in a tornado: 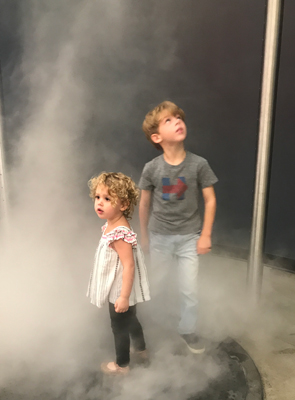 The Los Angeles Kings hockey team sponsor an exhibit on the science of hockey, where kids can suit-up to play the goalie, or drive a Zamboni. To teach about nutrition for athletes, the Dairy Council sponsor an interactive quiz in the LA Kings "locker room" about healthy eating. Lisa and I did not agree with 100% of the nutritional "information" given (you certainly do not require meat - nor dairy - to have a healthy diet). 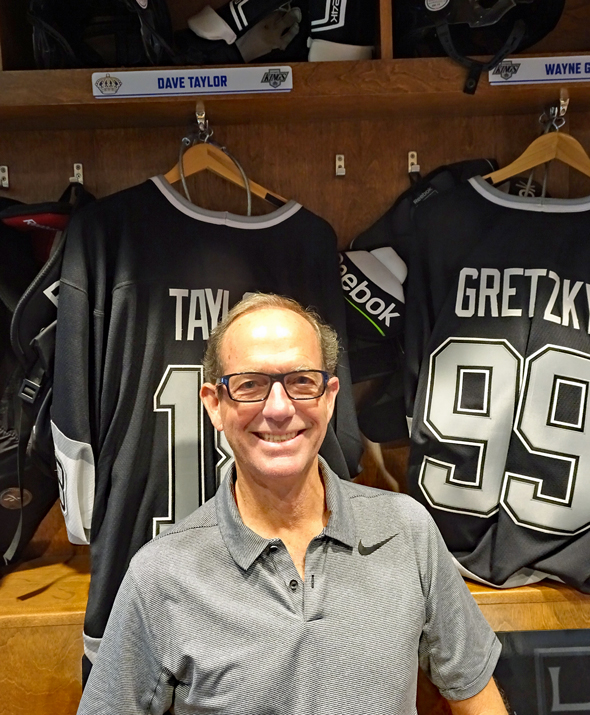 Maybe the LA Kings are not hip on nutrition, but who can argue with Hall of Famer Dave Taylor? Especially when he has the locker next to The Great One?

Lisa will bring the kids back to the museum this fall when they have a special exhibit of Doc McStuffins.

After our museum visit, we went to lunch and then Lenny drove Dave and I to the Burbank airport. We arrived back to our Portland home around 7p.

We were away only 24 days, but we certainly packed a lot of activity into that time, and I blogged every dang day. Whew. In a few days, I will write about the hotels we booked and post a trip recap.

After a lot of laundry and reorganizing we will focus on Dave's upcoming meniscus surgery.

Until my next update, I remain, your Portland correspondent.