Indio, California: We arrived back to our humble campsite long after the Kentucky Derby had been raced, won, contested, and eventually won-by-another horse after a historical protest. Dave had recorded the race – along with the hours-long pageantry – so we settled-in the watch the pomp.

I knew we would arrive late back to Indio from watching Leo’s baseball game in Los Angeles, and that we would probably be hungry and ready for an adult beverage. Planning ahead, the minty syrup was ready for Mint Juleps, and I had all the ingredients for Hot Browns (though I cheated quite a bit this year). 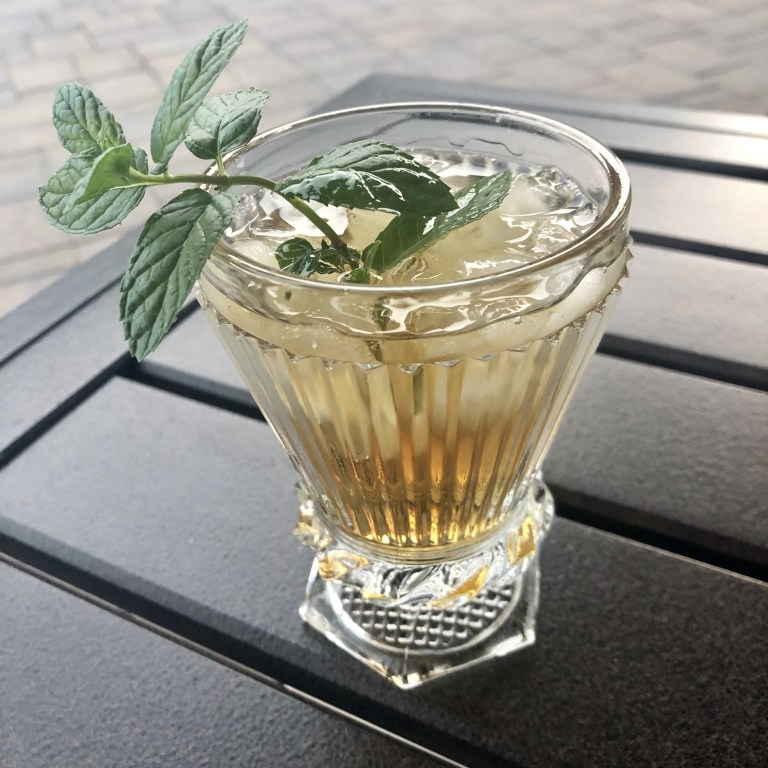 The drinks were especially nice as the mint came from our little kitchen cutting garden.

A Hot Brown is the sandwich made famous at the Brown Hotel in Louisville, Kentucky. The dish is very popular on Derby Day. The story goes… after dancing the night away into the wee-hours in the hotel ballroom (back in the day), patrons needed fuel. The hotel invented an opened-faced turkey sandwich, served on white bread, with bacon and tomatoes, covered in a luxurious béchamel, to appease late-night carousers. 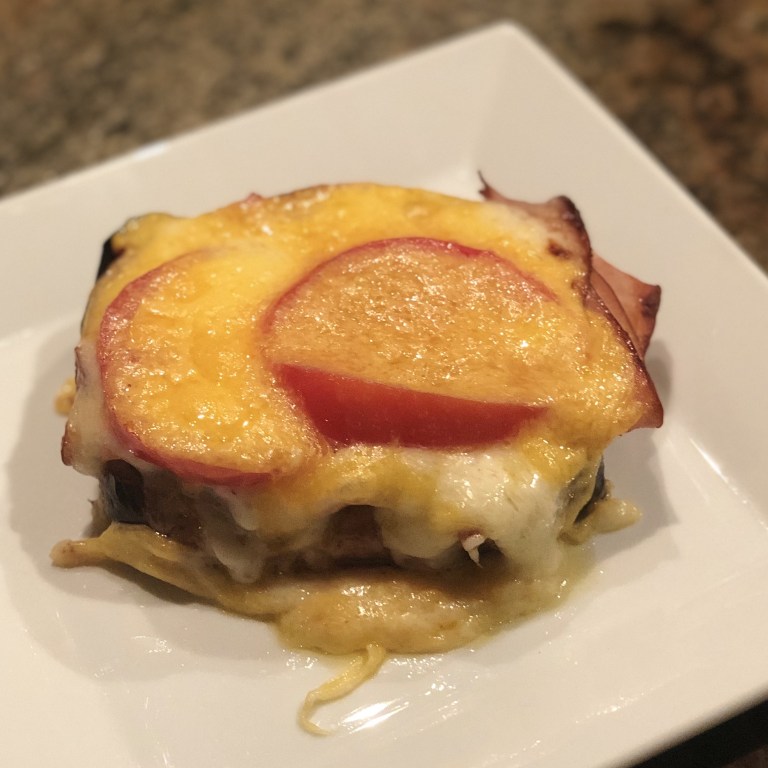 I made the white sauce before we left Saturday morning, used thick-sliced roasted turkey from the deli, and threw a slice of Tillamook cheddar on the top at the last minute under the broiler. (I also used uncured turkey bacon.)

Since I have such a superior lack of knowledge on the subject of horse racing, my opinion on the derby result is of no consequence, and no money was wagered from my bank account. I’m sorry there was controversy. I’m sorry the weather was awful AGAIN this year. I’m happy there were no injuries. As with most holidays, special days, sporting events, or festivals… to me, the affair is only an excuse/reason to sip a fabulous cocktail and indulge in delicious foods.

Until my next update, I remain, your hot brown correspondent.