Our daughter, The Lovely Lisa, is here for Father's Day weekend with her boyfriend, Lenny. The kids went for a hike early this morning, DT went for a run and I stood in front of the stove, doing what I enjoy most: preparing foods for my family.

I made my (sort of) famous fried breakfast scramble - diced potatoes, turkey sage sausage, red peppers, onions and scrambled eggs. Before serving, the scramble is topped with cubed sharp cheddar. The cheese melts into the savory, satisfying one-dish breakfast. We also had a few of those lovely Hood Strawberries that have finally made it to the local markets despite the constant pouring Oregon rain. 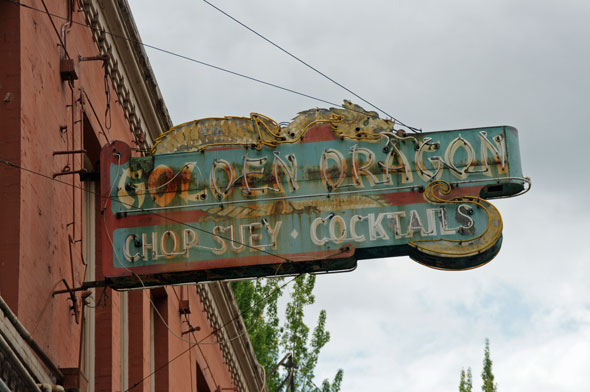 Later, we took Lenny downtown to walk through the Portland Saturday Market - a craft, food and music venue along the Willamette River. In some sort of freaky nature thing, it was not raining this morning in Portland. So, first stop, Lisa needed sunglasses. Luckily there are several booths selling $10 sunglasses at the market. 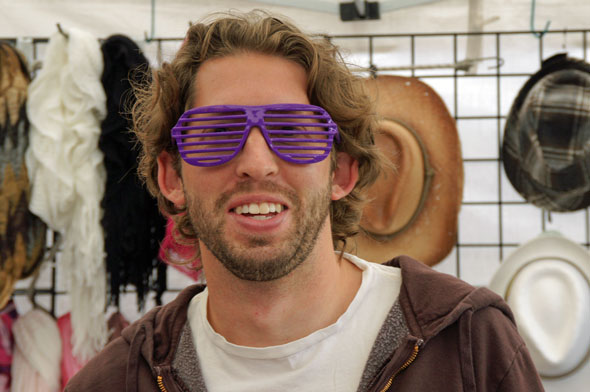 Lenny tries on sunglasses at the Portland Saturday Market 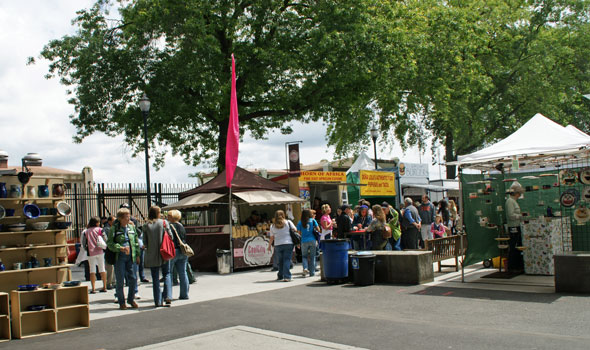 The Willamette River flows through Portland, Oregon and there are ten bridges crossing the river. Each bridge is unique. 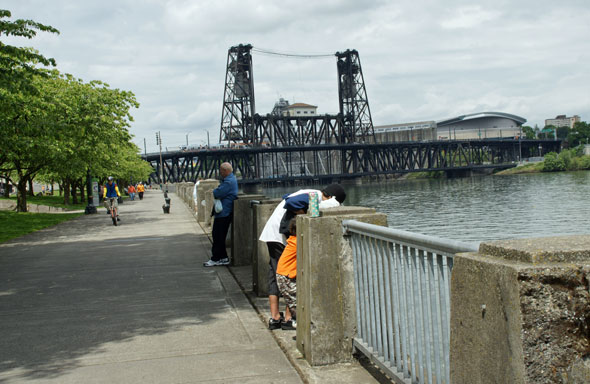 This is the Steel Bridge - and the arch-roofed building to the right is the Rose Garden, home of the Portland Trailblazers basketball team.

Lisa decided she wanted to re-live her childhood and have an Elephant Ear. If you don't know... an Elephant Ear is a piece of sweet yeasty dough patted-out to a round shape - much like a pizza crust - deep-fried and then dredged in cinnamon sugar. The resulting puffy disk resembles an Elephant Ear (I guess). 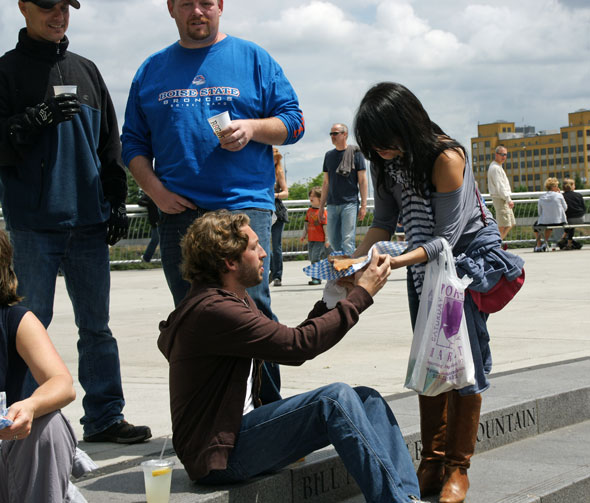 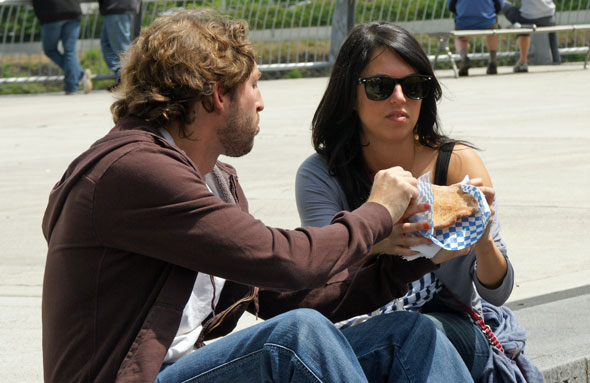 They polished it off. DT, in the meantime, noticed The Rogue Brewery had a booth, so ordered up a micro-brew. 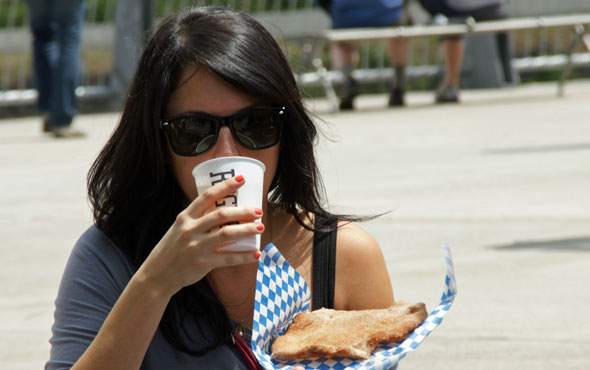 That's our girl! New $10 sunglasses, taking a taste of her Dad's beer and munching on an Elephant Ear. We raised her right.

We continued walking along the Esplanade, enjoying the river and the fabulous Portland people-watching. Where else can you see a grown man in a purple cheerleading uniform (crop-top and skirt), wearing knee-high army boots and a Mardi Gras mask... carrying an evening bag?

This may be a good time to write about one of the most popular bumper stickers in town: KEEP PORTLAND WEIRD. 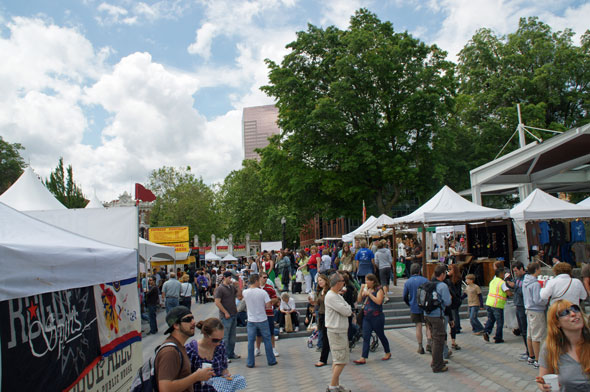 We gave Lenny a drive-by tour of Portland and then went to lunch at Kenny & Zuke's Delicatessen. This local deli cures their own pastrami, corned beef and kosher salami from organically-raised Oregon beef. 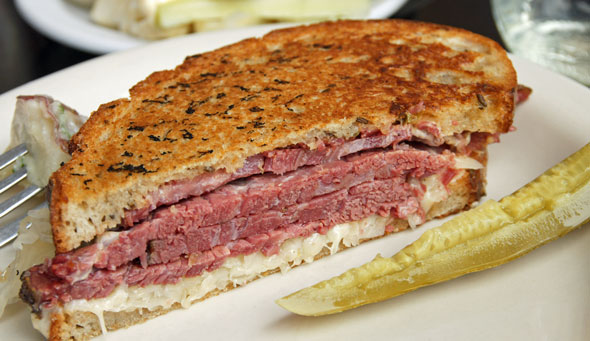 Their Reuben Sandwich is worth a trip to Portland. 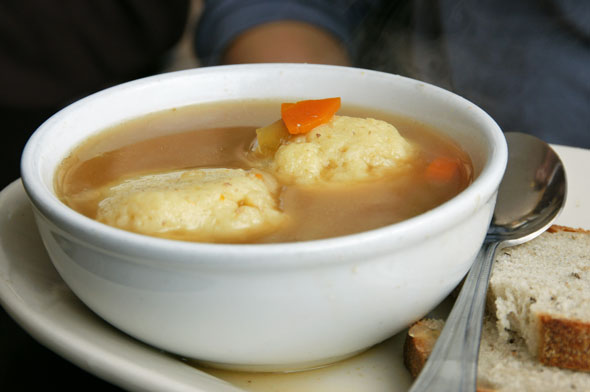 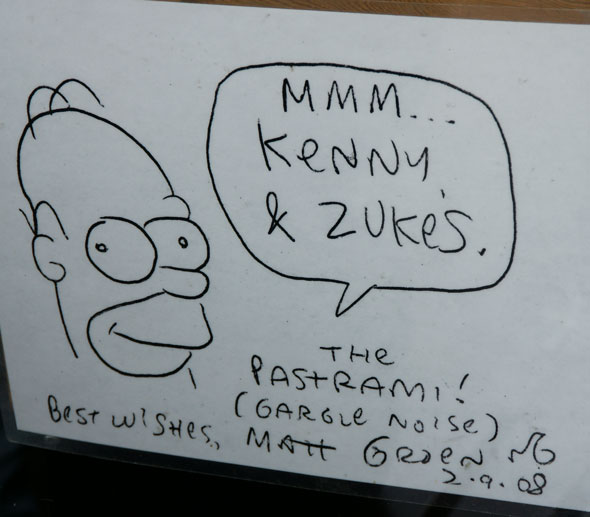 Kenny & Zuke's is popular with tourists and locals. Portland Native and The Simpsons creator, Matt Groening, seems to like the joint.

Plus, the deli is in one of the oldest and most interesting neighbors in downtown Portland. 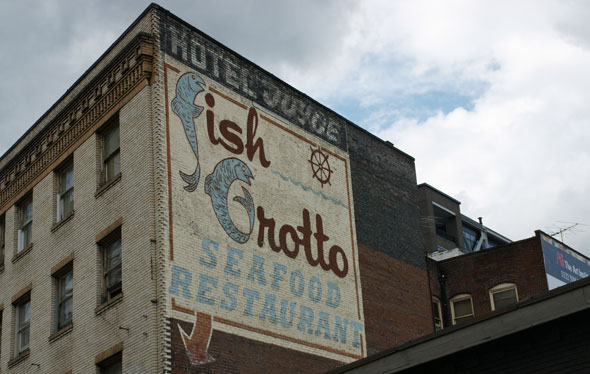 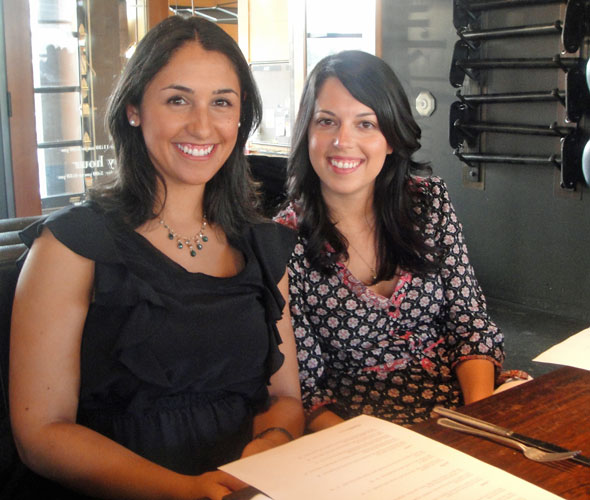 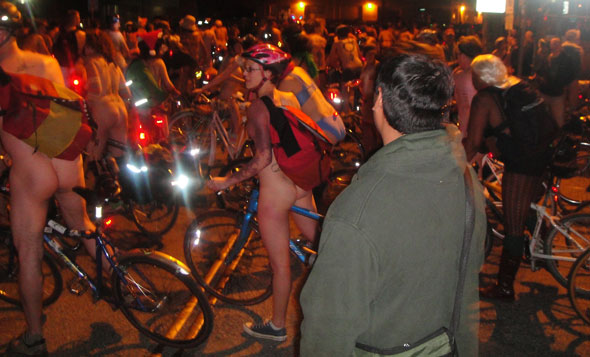 They were expecting 6000 riders tonight. 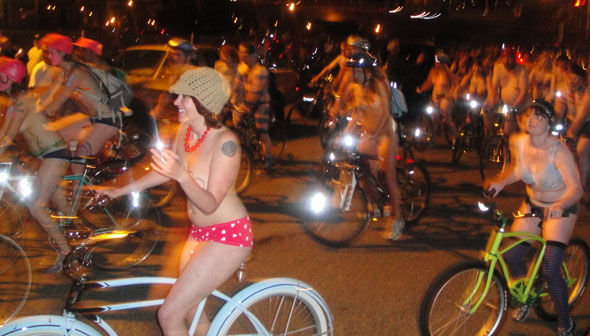 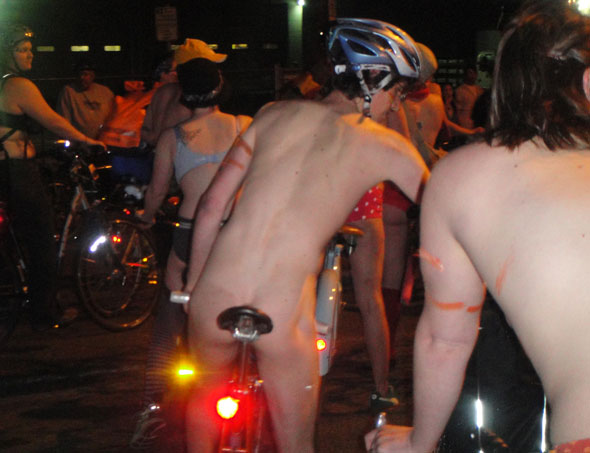 Until my next update, I remain, your Portland correspondent.
« Madeleines Father’s Day wine tasting »