Las Vegas, Nevada:  Ah, the morning after a Las Vegas Jimmy Buffett concert! Coffee, coffee, coffee! I had so much fun at the concert last night. What a great show! What great people watching! You haven't lived until you have seen a 300-pound man in a grass skirt and coconut shell bra.

We woke to this pretty view... yes, the near-exact pretty view from yesterday morning, but who doesn't enjoying seeing Lake Como and the Eiffel Tower from their 28th-floor hotel room? 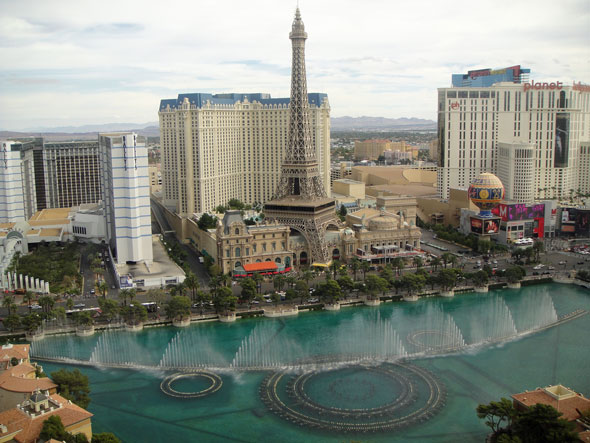 There is just something fundamentally wrong with that last sentence. Las Vegas is wonderful and awful at the same time.

We have been coming to Las Vegas in October to see Jimmy Buffett in concert for many years now... maybe 12 or so. In the olden days, Jimmy would have a show on Saturday and another on Sunday - and we would attend both shows. (Our livers were much younger in those days.) On a few occasions, we attended a Buffett concert in Portland on a Thursday night and then would hop a plane to Las Vegas and catch the show two more times in the weekend. Times are changing. Lately, Jimmy has been holding his Las Vegas shows on consecutive Saturdays in October. This year, he only played one night. Jimmy is nearly 64, and honestly, I don't think he needs the tour money.

After establishing the family-wide tradition that my birthday is celebrated in Las Vegas by attending a Jimmy Buffett concert, we have also established a few other traditions. 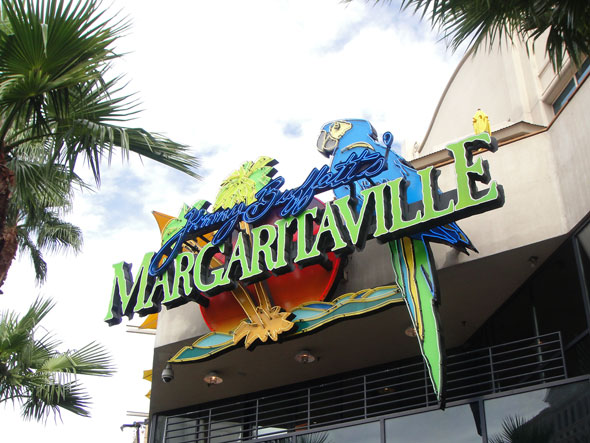 On Sunday we always go to Jimmy's Margaritaville Cafe on the strip in Las Vegas for lunch. 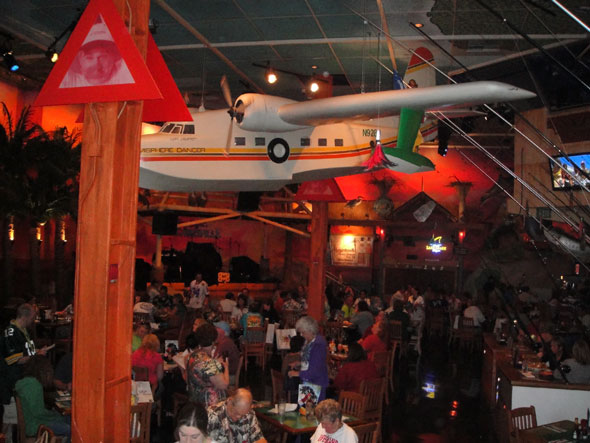 We always order the "Cheeseburger in Paradise" with lettuce and tomato, Heinz 57 and French fried potatoes, a big Kosher pickle and a cold draft beer big glass of water. 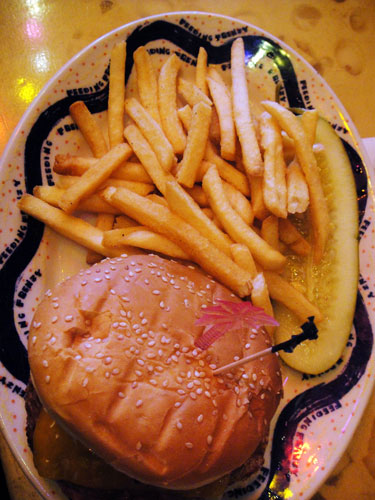 Jimmy is a marketing genius. He sings, he writes novels, he has a hotel in Florida, brews Land Shark Lager, distills his own tequila, sells a line of frozen foods, has a radio station, sells a fancy margarita-blender-thingy, is building a casino on the gulf and in his spare time, operates over a dozen Margaritaville Cafes in the USA, Mexico and a few in the Caribbean. Each of the restaurants comes with a large gift shop attached, selling everything Buffett: tee shirts, posters, CDs, bar ware, blenders, flip-flop, jewelry and other lovely crap tacky souvenirs.

Jimmy is his own empire. 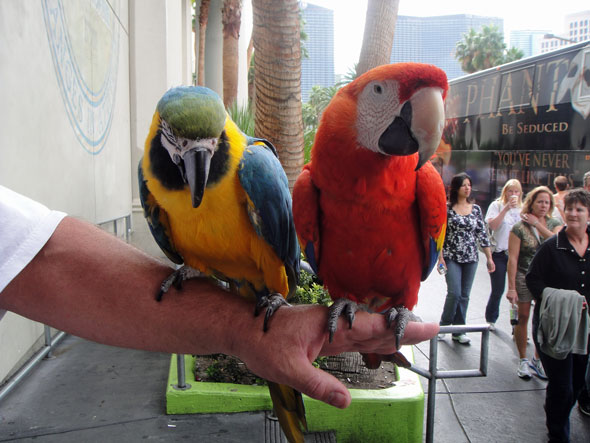 Parrots outside the Margaritaville Cafe in Las Vegas

After lunch, Lenny and The Lovely Lisa went back to Los Angeles. Time spent with the kids went by so fast!

DT and I spent the afternoon walking through the new CityCenter on the strip in Las Vegas. This complex includes hotels, condos, shopping, spas and restaurants. The design is sharp, modern and fresh. The casino was hopping - but the shopping center was dead. Not many can shop in a mall filled only with Gucci, Chanel, Louie Vuitton, Versace, Dior, etc. I can't afford to window shop in this mall. 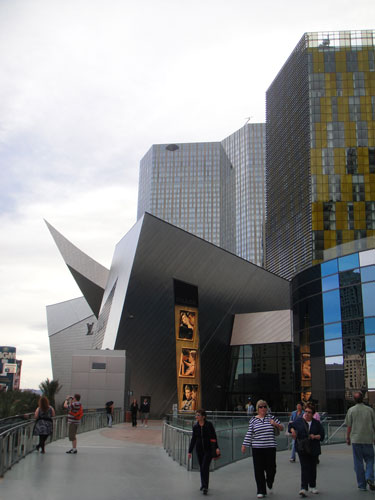 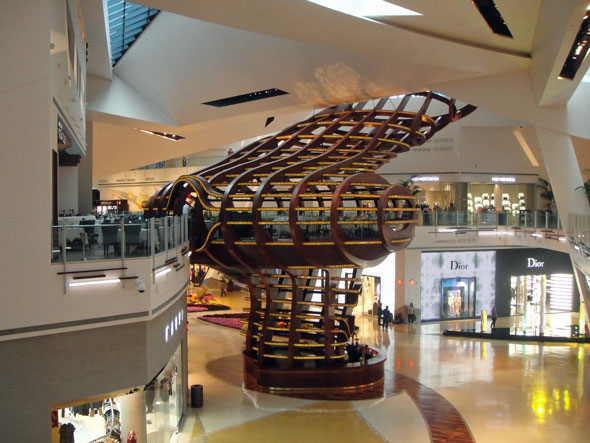 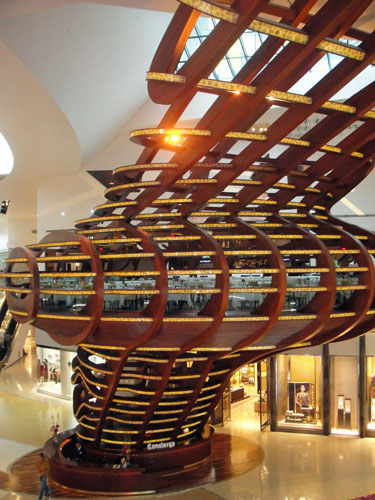 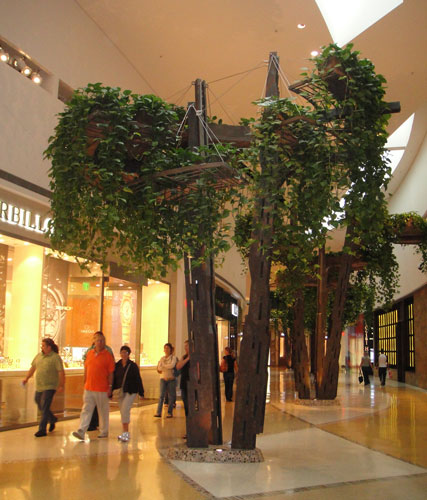 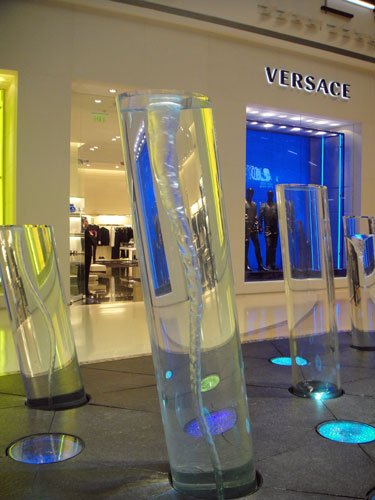 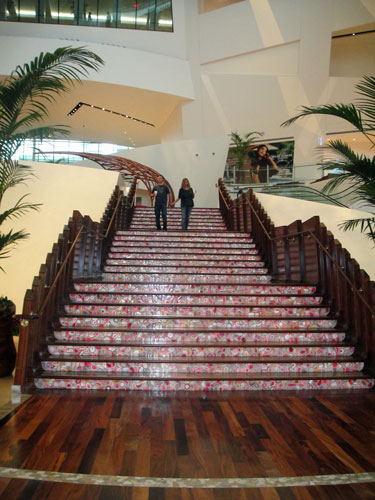 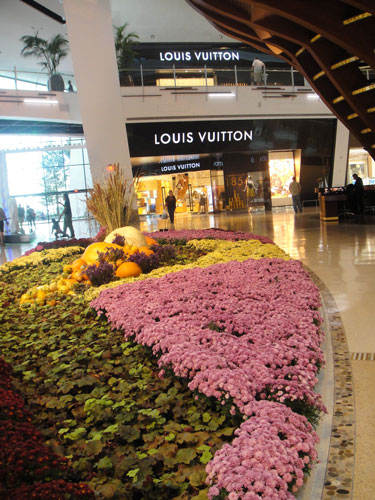 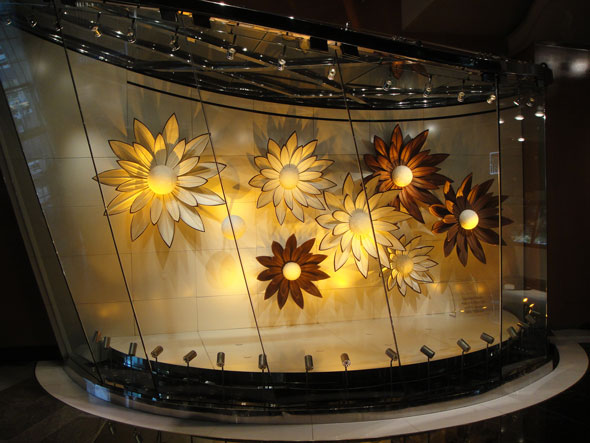 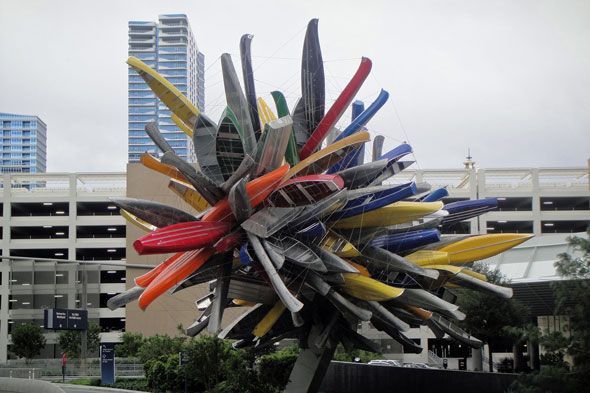 More "art": a massive sculpture made from over 200 boats. I can't make this stuff up, people. 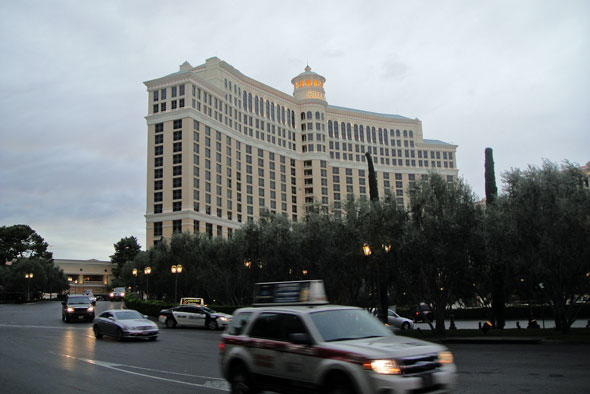 We returned to our own old boring non-angular hotel for a rest before dinner. 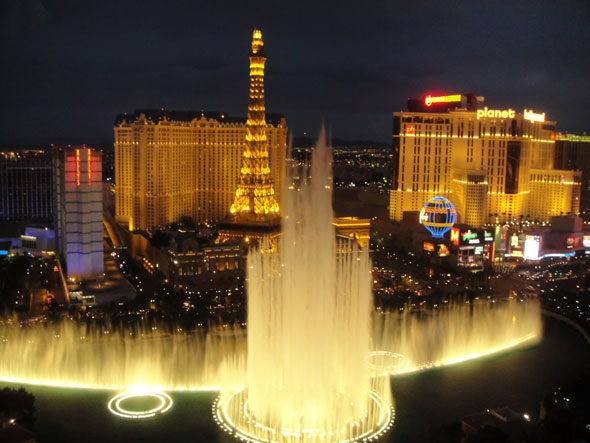 The pretty fountain is so enjoyable from our room!

Until my next update, I remain, your tired traditional correspondent.
« What I remember While we were away »