Indio, California: Today I chewed-out a complete stranger. This is not my common modus operandi, as my demeanor is usually most friendly. Lately I seem to have become a little more aggressive. Do I need to have my hormone levels checked?

Sometimes a girl just needs to stand up.

Let me explain. A few days ago I was nearly hit by a car while walking from my car - on a lined pedestrian cross-walk - to a store. Please know I am super careful in these situations, because I am blind in my left eye. I never-ever cross a street unless I look BOTH ways TWICE, even if it is one-way street. One never knows. I still cannot tell you if the speeding parking lot driver was male or female, but if I had not stopped in my tracks, the car would have hit me. The driver either didn't see the crosswalk, didn't see me or someone in the car was in labor and was rushing to a hospital. Why else would anyone SPEED through a parking lot?

Then, just days later, I was again nearly hit by a car. I was jogging on the sidewalk, crossing the entrance of a private gated community, when a car came through the gates and proceeded to run a stop sign to make a right-hand turn. Fairly certain the driver (male - and he was so close I could see a huge gold crucifix around his neck, resting on a super-hairy chest through his unbuttoned blue oxford shirt and don't forget, I'm blind!), looking left towards oncoming traffic - never saw me. 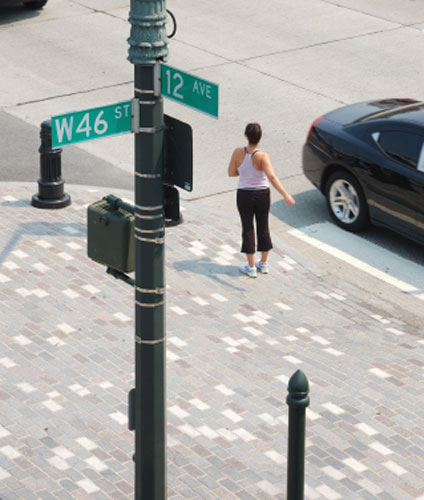 On this very same run, I (looked both ways first!) stepped into a cross-walk on a WALK sign. The second I stepped out, a car made a right-turn-on-red and nearly took me out. Excuse me? What is going on?

How many joggers are hit by cars while running on sidewalks? 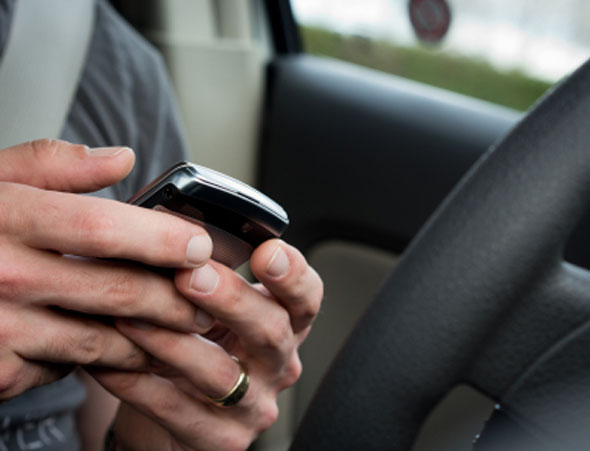 Third time is a charm? No. Third time, my Inner Warrior kicked-in.

The next day, as I approached another gated community entrance, a bright shiny pickup came slowly rolling out of the development. The driver was texting and never looked right or left. He just rolled up to the stop sign and sat there, straddling the crosswalk. There was no way I was going to cross in front of him and it totally irked me that he was completely unaware of a pedestrian in the crosswalk (that he was completely blocking). He became aware of me only because I whacked the bumper of his shiny new truck with my palm as I jogged behind him.

Yes. I slapped the backside of his pretty pickup.

Dang, if he didn't spring to attention!

The icing on the cake was my little encounter at the local supermarket parking lot this afternoon. This parking lot is a mess on a good day. Parking is limited, and there are a ton-load of cart return stations. Still, it is often difficult to park in a designated spot because some lazy jerk has left a cart in a parking space.

Is there a special spot in hell for people who are just too lazy to return their carts to the bin? Is it next to the people who don't pick-up after their dogs? 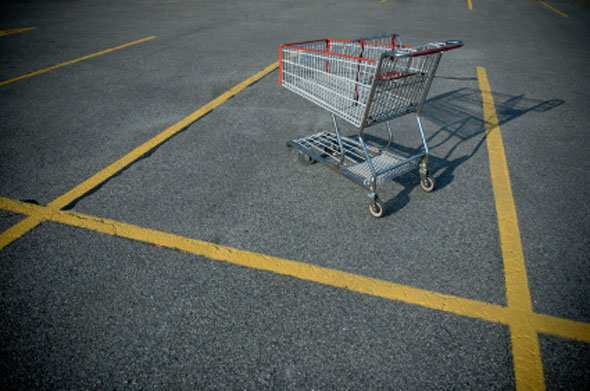 I get so frazzled by the cart-mess at this grocery store and commented one day to the poor gal harnessing the carts. She told me to "shush", because if people weren't too lazy to return their carts, she would be out of a job.

As I was parking my energy-efficient Honda CRV and fetching my reusable bags from the boot, I noticed a guy looking for a place to deposit his cart after loading groceries into his car. He left the cart in an empty parking space one-parking-spot from a cart-return.

I shouted - to a complete stranger - "there was a cart return bin one space over". Complete Stranger (about 70 years old and completely physically fit) told me it was too far to return the cart. I told him that I would return it for him, and then he said - THANK YOU, MA'AM.

I have a new New Year's Resolution: stand up!

Until my next update, I remain, your brave correspondent.

SLOGGER REPORT: I ran (no walking) around the block. 4 miles for the year!