Could a day be any longer? The clock moved like molasses in the winter time waiting for the five o'clock kick-off time - Ducks v Arizona Wildcats, live from Tucson on ABC. We had decorated the house in a Harvest/Thanksgiving mode... hoping to celebrate a harvest of the Wildcats. 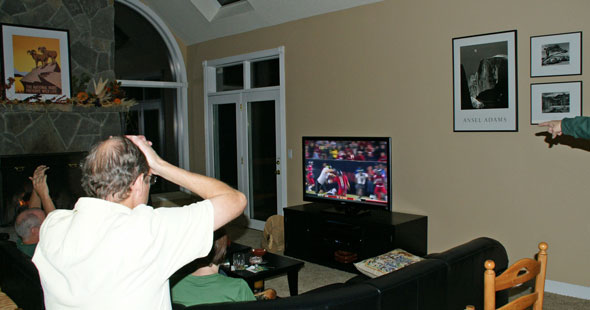 There was a lot of head-holding and screaming from our guests (and DT) during the game. The officiating was absolutely horrific. The tacky Arizona fans left their seats with a few minutes to go in regulation and were ready to storm the field - roses in hand.

Trust me. This is never a good idea.

The Ducks won in double over-time! Holy Moley My Boy Masoli ran it in to the end zone to seal the deal. Those tacky Arizona fans had to head back to their seats... but not before throwing their plastic water bottles onto the Duck players on the sidelines - injuring one player and sending a cheerleader to the hospital.

We didn't know about all this ugliness occurring in Tucson. We were just happy the Ducks pulled it off. 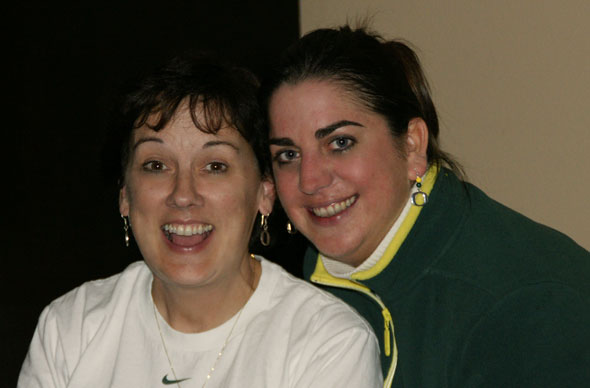 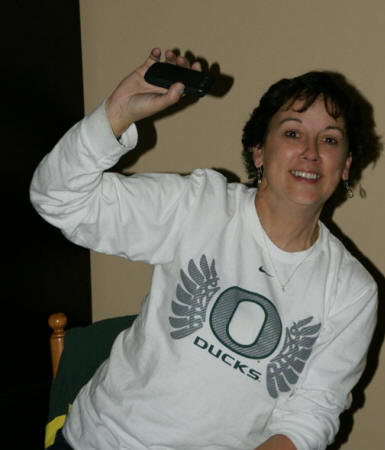 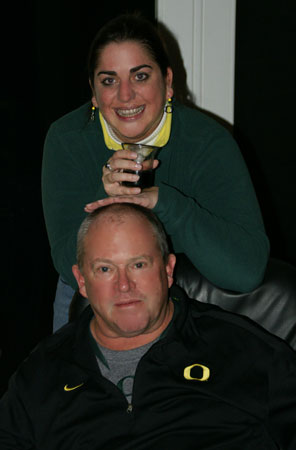 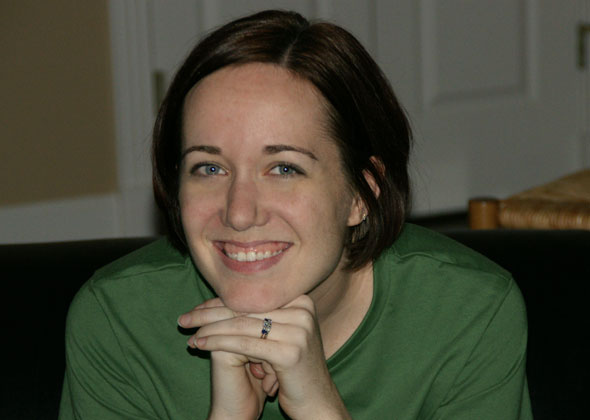 It was the longest game I can recall in a while. Double over-time... the game over-ran my TIVO/DVR/thingy.