About a hundred years ago, we moved to The Philippines for DT's job. We were just (and I mean just) married and since we were so young, had no children and did not own a home (or much of anything for that matter) - we decided we had nothing to lose and much to gain by accepting this position. Dave took the job immediately. We packed up our kitchen, a few books, a few items of clothing and moved half-way around the world.

We had a room in the fabulous Manila Hotel for six weeks (on the company tab!!!) while waiting for our meager belongings to arrive (via ship). It was the longest and best honeymoon ever. During this time, Dave worked and I familiarized myself with Manila and shopped for apartments to lease. Oh, dang... where is House Hunters International when you need them?

Enter the Way-Back Machine: we lived overseas before email, computers, internet, mobile phones, facetime or facebook. We had an (orange, plastic) 13-inch black and white television with an antennae in our apartment. Caveman Days. If we wanted to phone our parents, we first had to go through an international operator. No direct dial. The operator (always a woman) would phone our parents... they would hold on the line... and then the operator would ring-back to our house. Sometimes the operator would make the connection immediately. Sometimes she would make the connection hours later. Due to the 15-hour time difference, this procedure occasionally resulted in one of the parties receiving a phone call in the middle of the night. It was not unusual for the operator to listen-in on an entire conversation. So strange! I wrote letters. Lots of letters. On a typewriter. It usually took one week for a letter to travel from The Philippines to Oregon or California.

But we did fly back to the States - twice per year. In the ex-pat world, this is called a "home leave". Because DT was the manager for the Philippine office, we were allotted a trip to the US twice per year. Usually we would plan our visits around Dave's US meeting schedule and I would stay longer or go to the US earlier to spend more time with family. After I became pregnant with Lisa, we scheduled flights around her delivery date.

Sorting/scanning through old photos this week has brought back a flood of memories. We were SO young! What company would put such a young inexperienced man in charge of an overseas operation? What were we thinking, having a baby at 26? It was a crazy, fast-paced period in our life together. We were married, moved overseas and had a baby in a span of 13 months. I have often joked that "if we could stay together through all of that, we can handle anything". We just celebrated our 35th wedding anniversary! 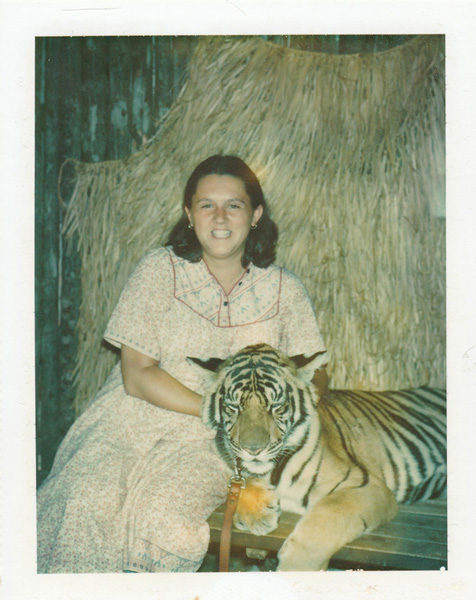 But this is why we came home so often: 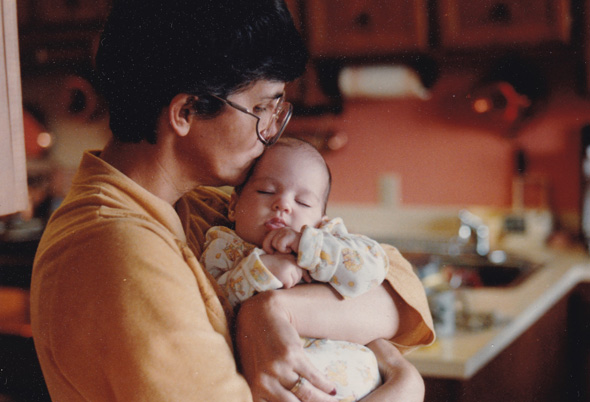 My Mom, with three-month-old Lisa, at her home in Oregon. 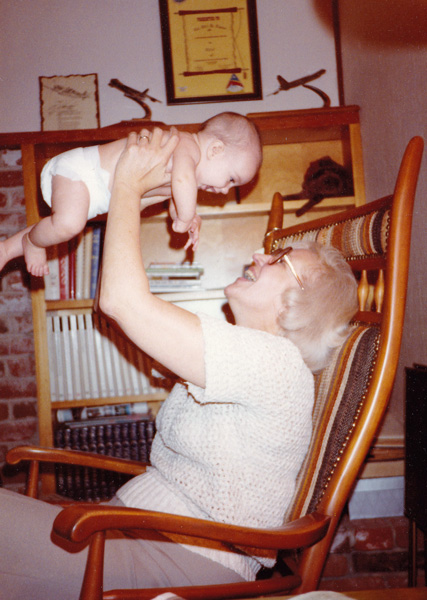 Dave's Mom, with three-month-old Lisa, at her home in California. 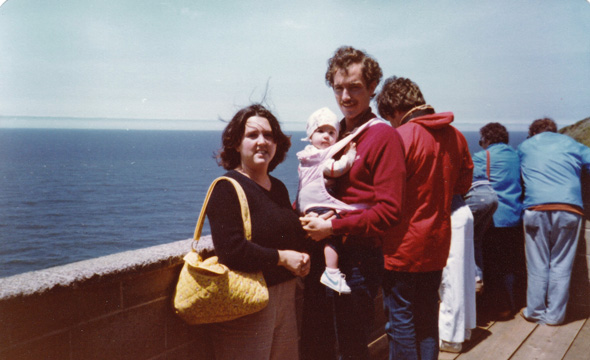 And here are the young reckless parents at the Sea Lion Caves in Southern Oregon. I do not recall this visit either. (But I do recall that adorable diaper bag. Loved that bag. Where did we get sweaters? We lived in 98-degrees-every-damn-day Manila. Who knows?

I do remember loving our home leaves and loving shopping for things not available in Manila - fresh cheese mostly. In the early 1980's, fresh cheese and milk were not sold in Manila. We could only find processed Velveeta-type cheeses and UHT milk. (Did not purchase either.) We always brought at least two 5-lb bricks of Tillamook cheddar back in our suitcases... and we were happy to arrive back to our life in Manila... and looked forward to our next home leave. 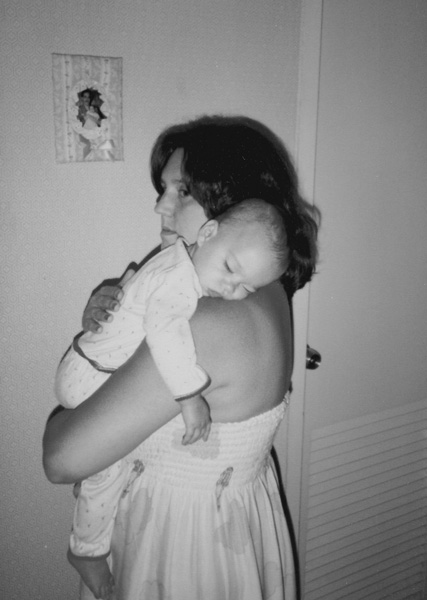 Lisa, about seven months, in her Manila nursery. The young girl with her is me.

Until my next update, I remain, your scanning correspondent.
« The Photo Project Big Night »