Home for the Holidays

Indio, California: We have returned to our little campsite in Indio for the winter. It was 72°. 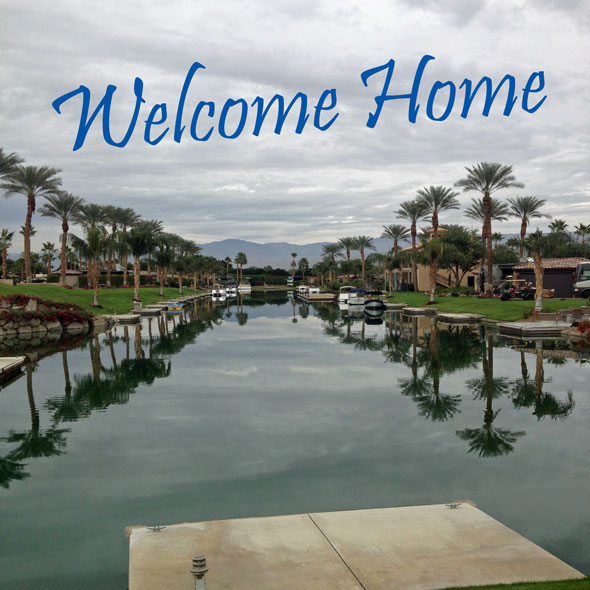 Get used to this view, Dear Reader.

Our six night journey from Portland to Indio was along a common route for us, but one we have not traveled in a while. Straight down I-5 to Highway 99, then a left at Bakersfield over the Tehachapi Pass, into San Bernardino and I-10 to Indio. The first night (Eugene) was our most expensive campsite at $49... followed by two inexpensive campsites at casinos... followed by two free boondocking nights and then another expensive ($39) night in Bakersfield. This averaged to just less than $22 per night - very reasonable. Diesel prices have dropped considerably as well. 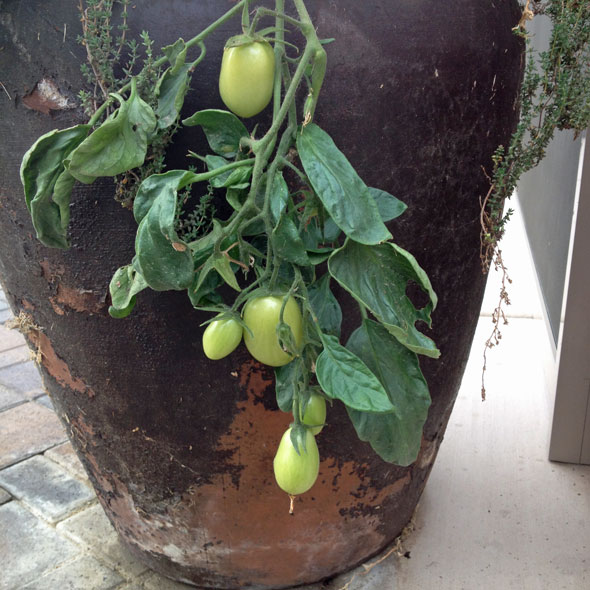 There are still a few Roma tomatoes on my vines!

We settled-in a bit. DT set about changing light bulbs and getting the fireplace to light. We lit our tacky electric Menorah and called it a night. 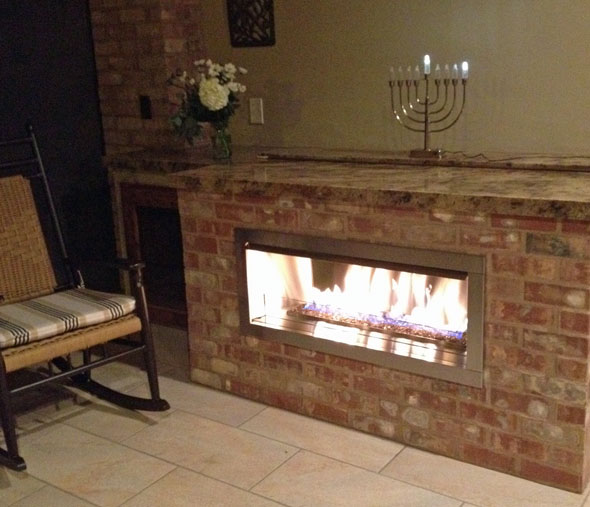 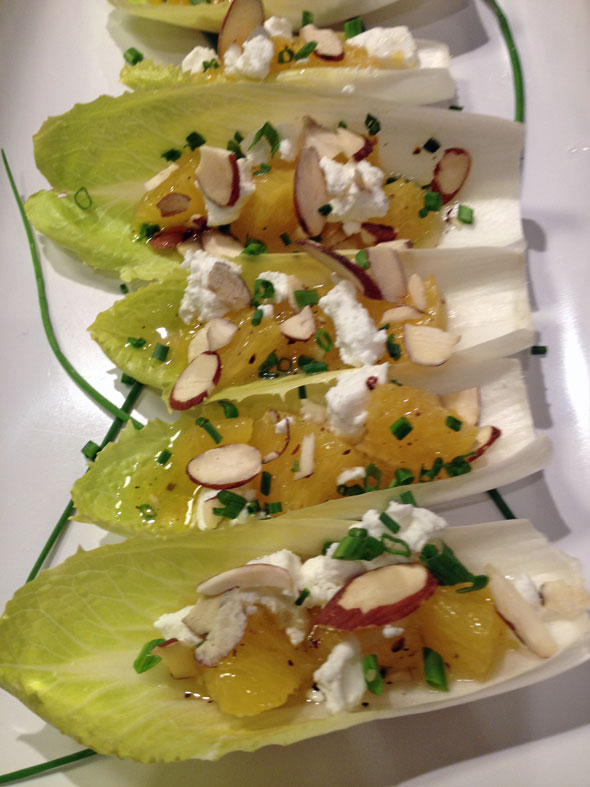 Deb Perelman, over at Smitten Kitchen, shared an easy appetizer/salad recipe on her blog this week. Endive with Oranges and Almonds is based on an appetizer she enjoyed recently in Miami Beach at The Bazaar, a restaurant by Jose Andres, the Spanish chef who taught Americans about the tapas. Andres opened Jaleo in DC when Lisa was at The George Washington University and it was one of our favorite spots in The District. Deb Perelman said she was going to serve the endive salad with her latkes tonight, so I joined her. Super easy! I adhered to her ingredient list, but chose to marinate the citrus in the olive oil and vinegar instead of drizzling. I prepared each ingredient separately in advance and put the "salad" together just before serving. Make this! Pick it up and put it in your mouth. No cutlery required. Vegetarian. A great appetizer for a holiday party and it looks so pretty on a platter.

If you are still looking for a holiday gift for the person who cooks your dinner each evening your favorite cook, Deb Perlman's The Smitten Kitchen Cookbook

would be a great idea. Lisa and I own and love this cookbook. 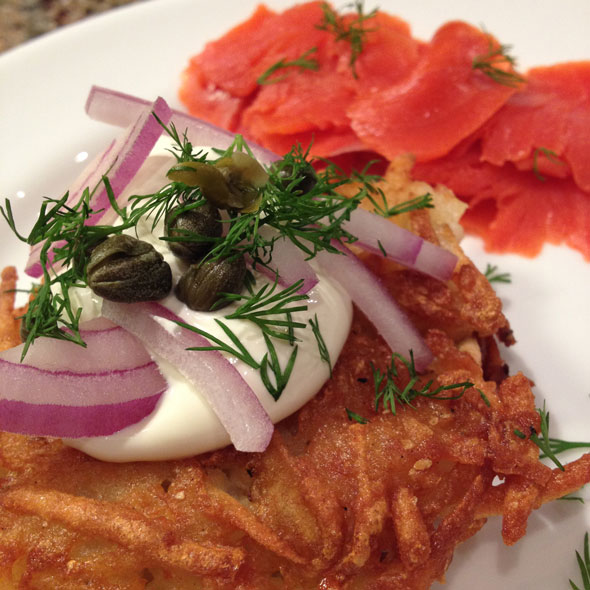 And then it was latke time! I made very plain latkes, but served them with sour cream, red onion, capers, fresh dill and lox.

Until my next update, I remain, your "home again" correspondent.

You may also like:
Our arrival last year
Our arrival in 2012 - just as our casita was finished

« One Day Out Getting Settled »