After a relaxing evening yesterday in our motorhome, where I relaxed and DT answered 5483 emails, we returned to our stick house this afternoon. It was a crazy-fun crazy-busy weekend of fantastic track & field. If you receive Root Sports television, they are replaying the Pac-12 Track & Field Championships Thursday (17 May) at 1:30p pacific. DT has set it up to record and no-doubt, it will be viewed several times at our house. (You see, it isn't enough to watch an event LIVE - DT likes to watch it again on television. Disclaimer: I married him long before such things as VCRs or DVRs, so I didn't know of this personality quirk.) We won't be going to a track meet until the Prefontaine Classic on June 2, so replaying the Pac-12's will have to tide My Driver over until then. Speaking of the Pre Classic - the Bowerman Mile is predicted to be even better than the Olympic 1500m final. 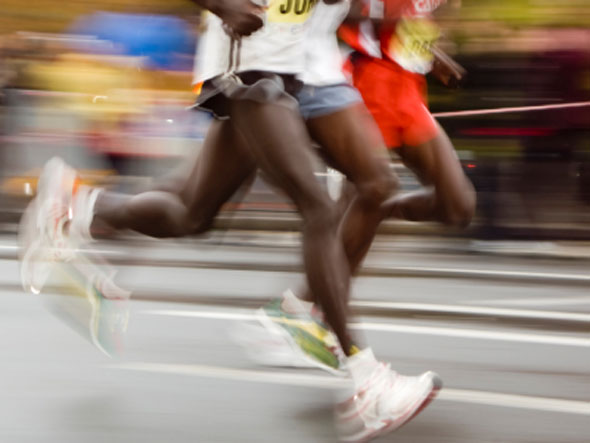 Even more exciting? The night before the Pre Classic, June 1st, Kenya is holding their10000m men's Olympic Trial in Eugene at Hayward Field. Seriously. This is the strangest thing I can imagine. Kenya holding their Olympic Trial 10000m in America! 15 Kenyan athletes. No pace setter. Top two finishers automatically go to London and the Kenyan federation will choose the third spot. Which means, you finish first or second or risk watching the Olympics on television. It's going to be the best 10000m race I will ever witness. No doubt. So excited!

TV ALERT:
The Prefontaine Classic will be shown live on NBC, 2 June from noon to 1:30p PACIFIC. Plan to watch the event, or set your DVR.

There are exciting developments in Los Angeles! 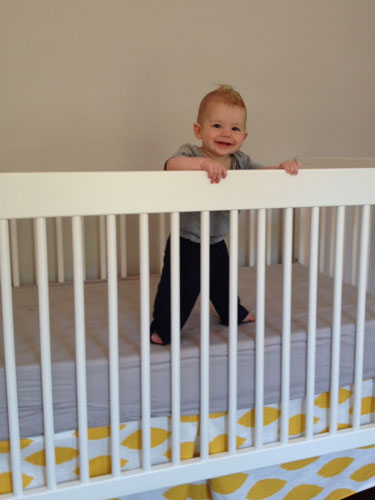 Little Munchkin is causing all sorts of trouble. Pulling himself to standing like it is his job. Leo looks like a little prisoner ready to make an escape. Could he be any cuter?

Not sure if anyone has noticed, but I have made some changes around this website. I ended my contract with the BlogHer ad network because it earned very little money. It was so prestigious when my humble little blog was accepted into their program, but BlogHer demands a lot (their ads must be on the top of every page and no other ads are allowed in the body of the post) but their pay-out was not so great. As my readership climbed, the revenue from BlogHer declined. Blogher would send occasional emails explaining low ad revenue was cyclical, seasonal, etc., but it just wasn't working for me. A girl needs to earn a little diesel money. Maybe I will be kicking myself in the peekoo* one day. But I expect not.

Until my next update, I remain, your honest correspondent.