Track Town USA: Thank goodness we had an extra hour of sleep this morning - due to that wonderful Daylight Savings Time. I needed my rest. Yesterday was a very long day. DT and I were quite lazy this morning... drinking coffee, checking our emails on the interweb, tidying up a bit, watching the New York Marathon - YEAH MEB!!! Fog surrounded our motorhome. It was cold. Neither one of us were very excited about exercising. Cheesy hash browns sounded better.

However, by the afternoon it became quite apparent if we stayed inside our RV eating cheesy potatoes we would eventually explode... so we laced up our NIKEs and hit the road. If you saw my photo of the cows in the pasture a few days ago, you saw the hill I ran up today. It was killer. I had to stop and walk THREE TIMES on the way up. Unfortunately, I ran all the way back down the hill, which I will undoubtedly regret in the morning.

But, enough about my creaky knees. Today's post is about History. University of Oregon history. The history of the Oregon basketball arena - McArthur Court, aka "The Pit".

Oregon became a State in 1859. The University of Oregon was founded in 1876. McArthur Court was built in 1927. Only Rose Hill Gymnasium at Fordham University in New York is older in the NCAA. 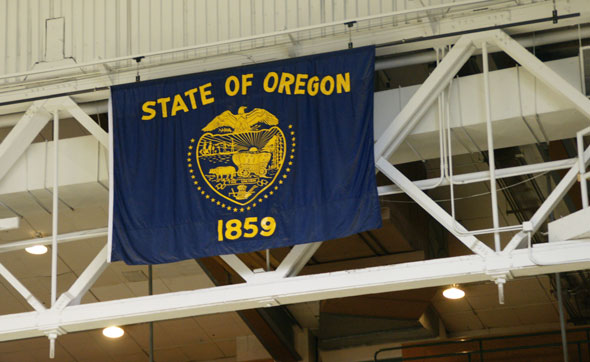 As I have written before, this season is the last for Mac Court. A new basketball arena is being built on campus - the Matt Knight Arena. Tonight was the "final home opener" for the Ducks in "The Pit". History. 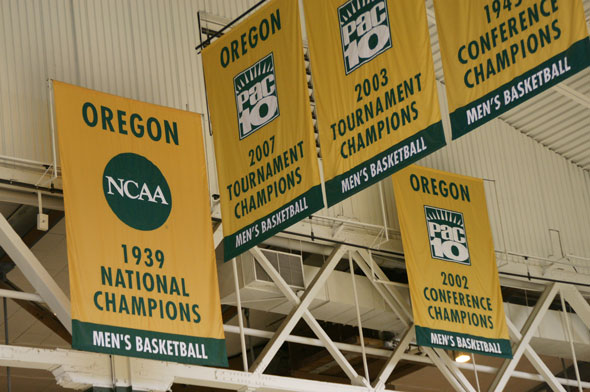 History hangs from the dusty rafters of McArthur Court. In 1939 the "Tall Firs" of Oregon won the NCAA Championship. This Championship was the first - and only - NCAA basketball title won by the Ducks. 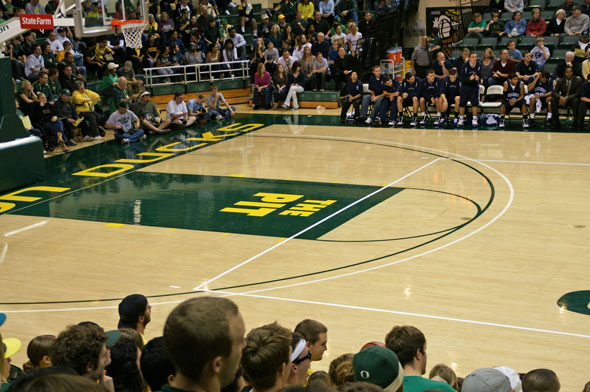 Older than old, but still magical. 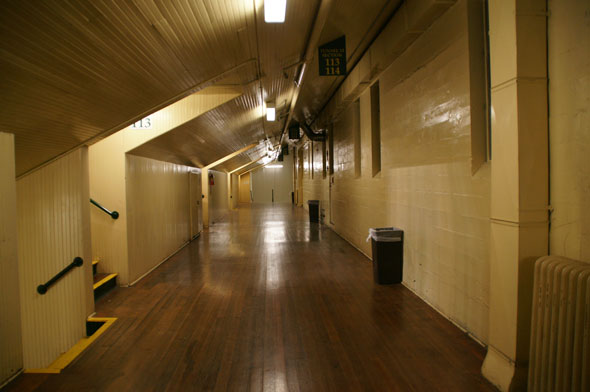 The Concourse is positively ancient. 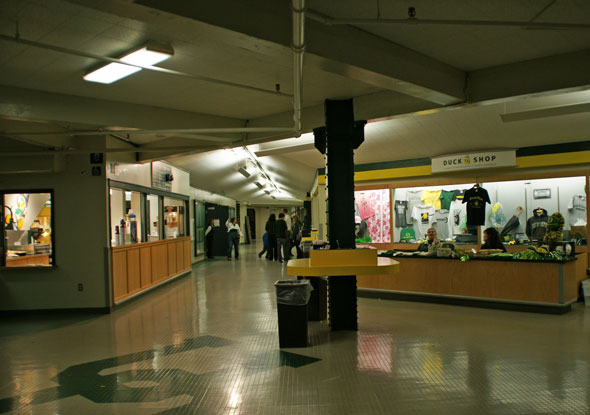 Do you like the pipes hanging from the ceiling? 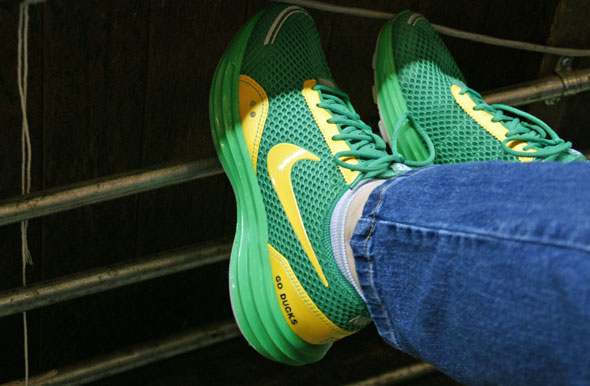 Speaking of logistics... here is a photo of my new NIKE ID shoes... resting on part of the wiring puzzle inside MacArthur Court. I can't believe the joint hasn't burned down. I noticed sixteen OSHA violations from my seat this evening. 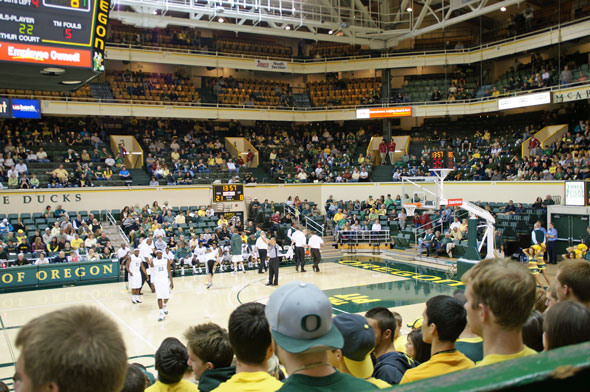 Our seats are behind the student section. This place can really rock. Maybe not so much tonight... with the home opener against a very small private college in Portland, Oregon. 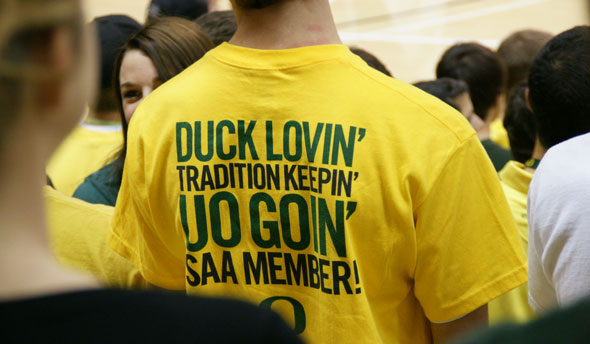 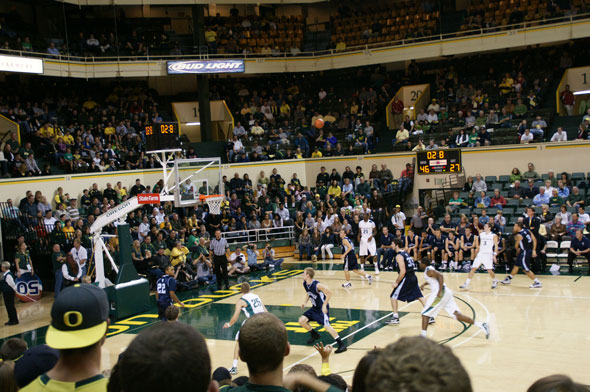 Still, the joint can be intimidating. While we were in college, students camped outside for days to secure seats to watch the Ducks against serious rivals (such as the Bill Walton Bruins). Opponents loathe playing in The Pit. The noise is deafening. The locker rooms are awful. 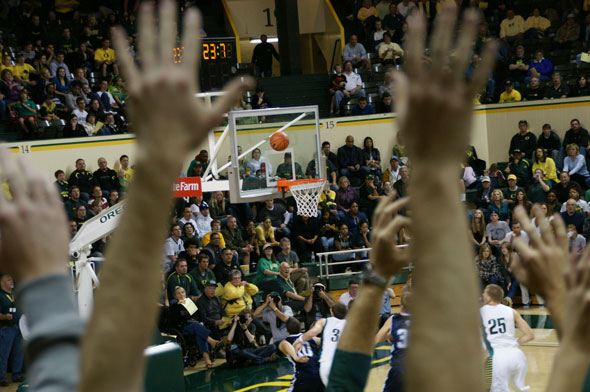 Tonight? Not so much. Not a full house. Mid-terms. Everyone is exhausted after the HUGE football game yesterday. 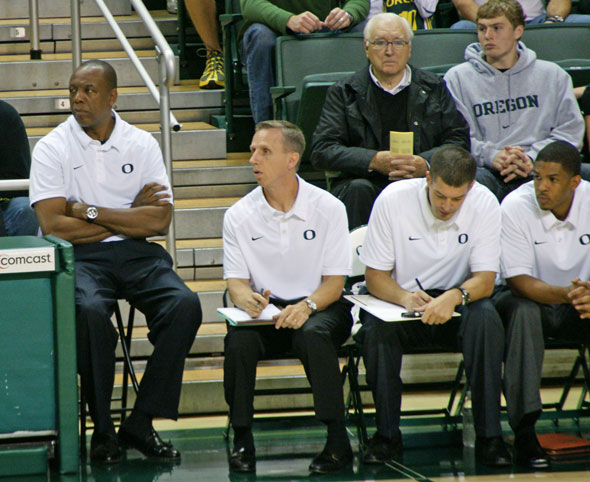 More History: Oregon head coach, Ernie Kent (far left), was on the Oregon basketball team when we were in college about 90 years ago. 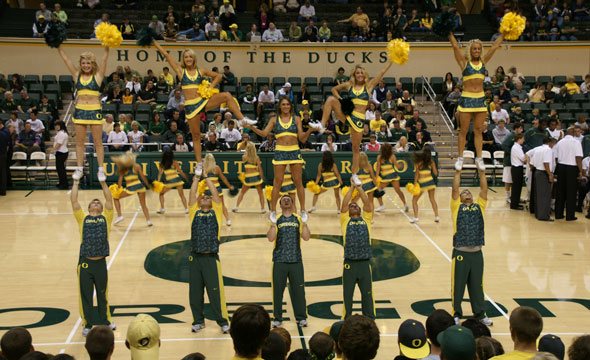 I feel bad for these poor girls/guys. They must have spent all day at the football game yesterday and had to cheer at the basketball game tonight... in the middle of mid-terms. Poor things. 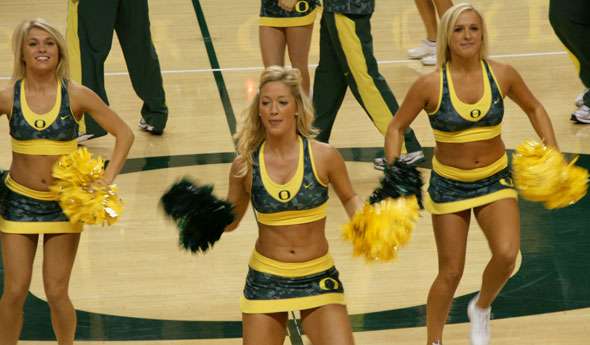 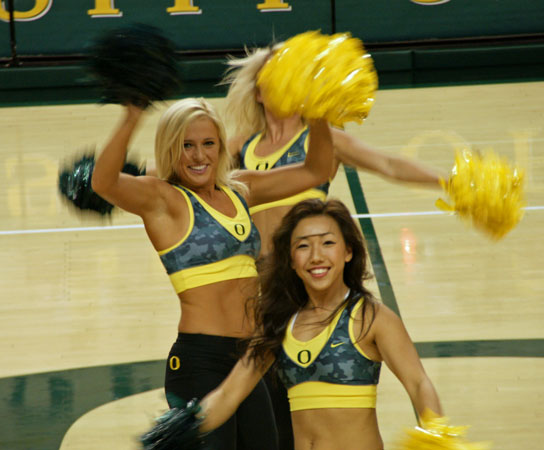 How many crunches do you have to complete to get abs like that???

Okay... enough gratuitous photos of fit young girls... back to our history lesson. 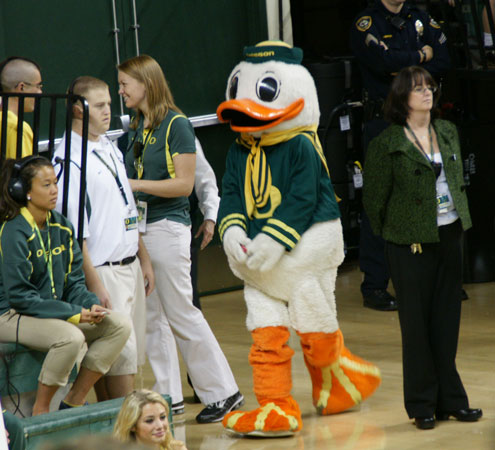 Walt Disney hisownself sanctioned the use of Donald Duck as the official mascot of the University of Oregon. This the only use of a Disney-sanctioned character outside of Disney. 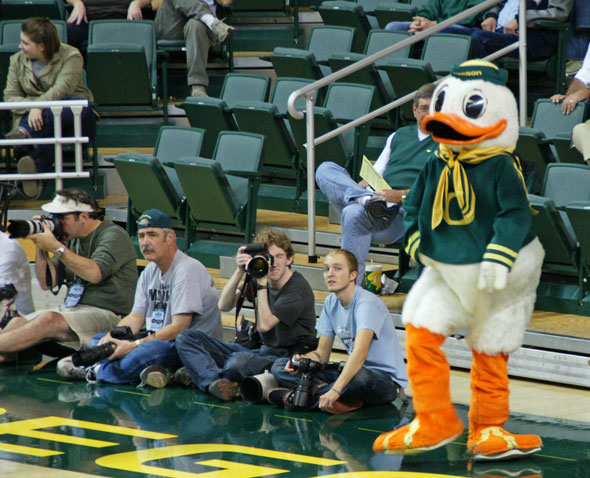 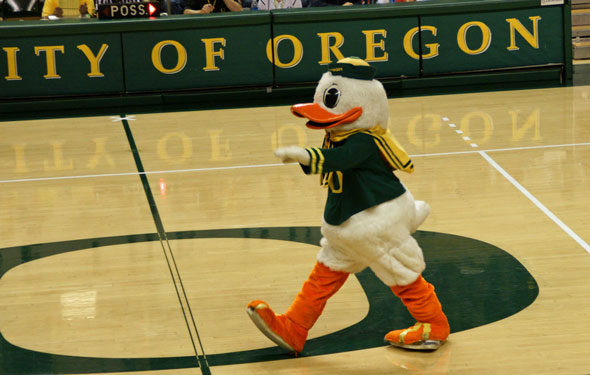 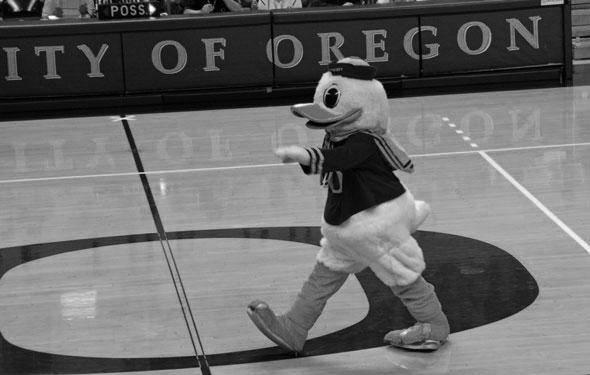 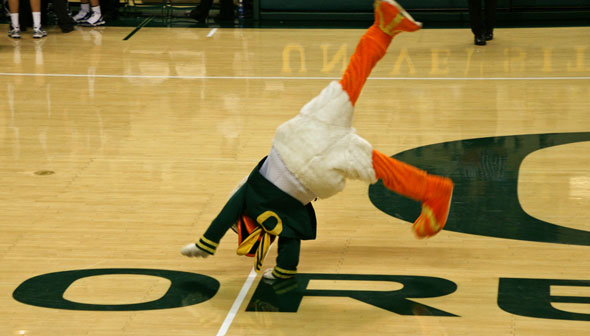 The Duck is very entertaining. Just as well, as the game was not. Ducks 99, Concordia 61.

This completes your history lesson for the day. I hope you do well in your mid-term.

Until my next update, I remain, your historical correspondent.
« Ducks beat USC Monday »