Indio, California: No update last night as I stayed around the RV yesterday while DT golfed with buddies. Nothing to report. Nice, quiet (blustery) day.

But we did get out of bed. We did run. We ran errands.... because tomorrow morning, we are leaving this RV Eden and continuing Our Little Adventure.

My final chore was to visit Henry for a pedicure.

Dear Henry. He is practically legend in this area. His massage will put the spring back in your step. Your toes will feel radiant. He gives one of the best pedicures you will ever experience. 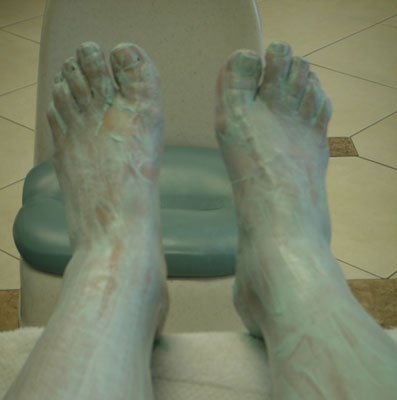 Where else can you have green mud-like stuff smeared all over your feet and legs?

(FUNNY STORY: The Lovely Lisa went to see Henry last Friday for a pedicure. She told him she was "Terry's daughter". Apparently, Henry has two "Terry" clients. After seeing Lisa's long, slender legs and after seeing Lisa's long, slender toes, Henry decided Lisa was the daughter of the other Terry. So Henry asked Lisa a few questions to determine which "Terry" was her mother. When I saw Henry this morning, he remarked: your daughter must take after her Father.) 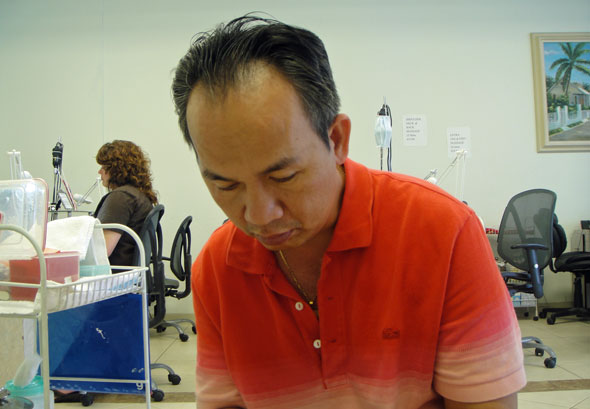 This is Henry. Henry rarely smiles. He is very serious. He will make you feel like a million bucks (for $25).

We had visitors this afternoon. Old friends from home, brothers Tom & Jim, are here to enjoy the Stagecoach Music Festival this weekend in Indio. Stagecoach is like the Coachella Music Festival except it all about country-western music and is completely hipster-free. The festivals share a common venue (the Empire Polo grounds) and both have the word "coach" in the title. 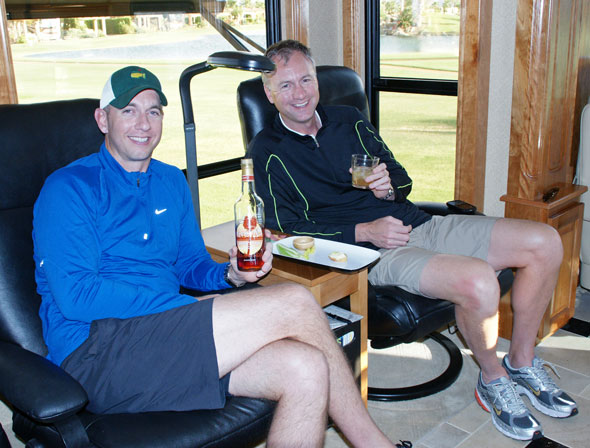 The brothers had a tour of the Magna Peregrinus and then DT gave them a tour of the RV resort. Tom and Jim have never been exposed to the "RV lifestyle" and were blown-away. Keep it quiet, boys... it is tough enough to find a campsite these days.

Debbie, Mark, Marci and Jim joined us for our annual dinner at Bellini. Again, we had super service, delicious meals, wine and fabulous company. 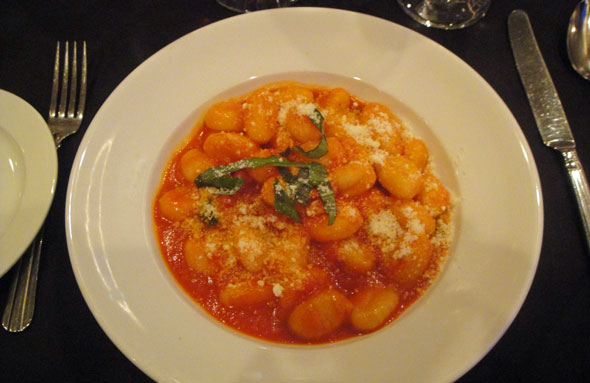 Look at this fluffy gnocchi with tomato sauce. Look quick, too... because DT finished his dinner. 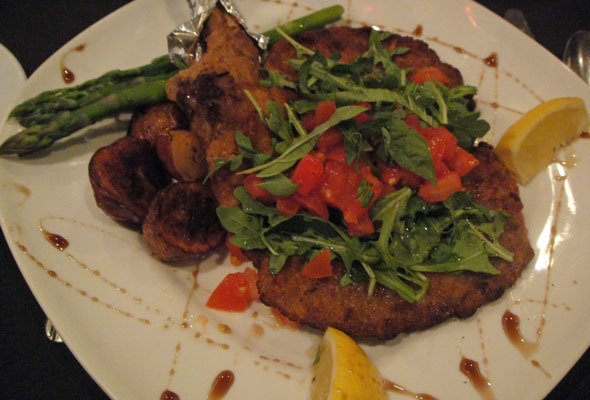 Why do they even bring me a menu? Veal Milanese is so difficult to find in America and there are three restaurants in the Palm Springs area (that I know of) which serve this classic Italian dish.

Until my next update, I remain, your "I can't believe Tebow was drafted in the first round; he can barely throw a ball" correspondent.