Los Angeles, California: Yes, we should have gone home after our Wild Weekend in Las Vegas celebrating Steve's 60th. I'm not sure if you have noticed, but we have been traveling quite a bit since August 1st and probably need to get home and sort through some mail. Maybe do a little laundry.

But with Little Leo only a 40 minute flight from Las Vegas, you knew we would make a little stop-over on our way back to Portland.

We can't thank Mary and Steve enough for such a fun birthday party. It was fantastic having everyone together, watching the Ducks win and - more good news - a taxi driver found Mary's wallet and it was returned to her, complete with all the cash and credit cards.

Back to yesterday... Dave and I walked to the shops in Caesar's Palace hotel so I could purchase a Washington Redskins shirt to wear while watching the Monday Night Football game with Lenny. He has adopted the Ducks as his favorite college team, so we have adopted the Redskins as our favorite NFL team. (Which was no problem for me, as I never had a favorite team before meeting Lenny and usually watched approximately ZERO NFL games, except the Super Bowl... and I usually watch the Super Bowl as a social event.) 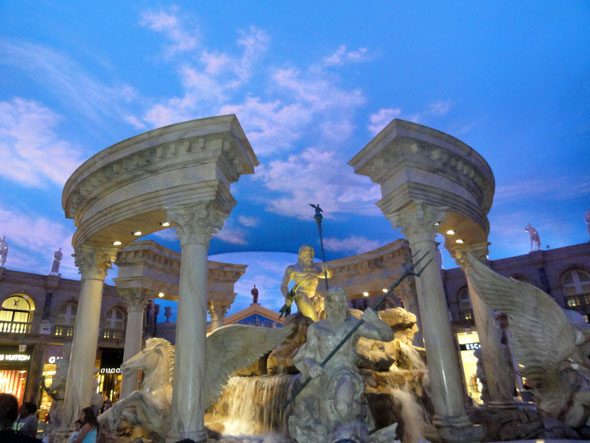 You know... maybe I have been in too many time zones lately, but I swear we just saw the Trevi Fountain in Rome last month.

Dave and I also had a lovely lunch at Bouchon in the Venetian Hotel. Diligent Readers will recall I am a huge fan of Chef Thomas Keller. We dined at his Bouchon in Yountville, California several years ago and I really enjoyed his Rillettes aux Deux Saumons - fresh & smoked salmon rillettes served with toasted croutons. His recipe was posted last year in Food & Wine magazine, so I prepared the spread for Thanksgiving. It was nice to enjoy this lovely pate-ish appetizer again... especially since I did not have to make this many-step/many-pot wonder. 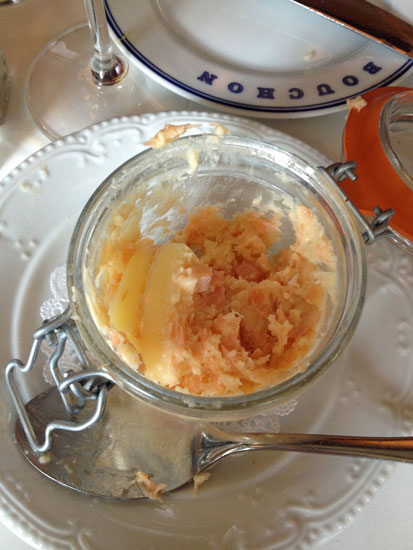 Lisa has already requested I make this appetizer again for Thanksgiving 2013.

Woody, Kathy, Lynn and Kelly flew home Sunday afternoon. Chris and Laura drove back to Utah. Last night, it was just DT, me, The Birthday Boy, Mary and Cory to have the final send-off sushi extravaganza. 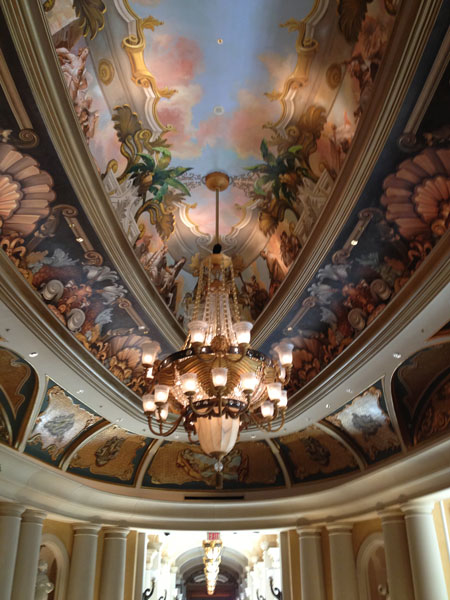 So we said goodbye to all the Vegas glitz and glamour. All the fake frescos, fake boobs and flew to Los Angeles.

The 40 minute trip from Las Vegas to Burbank was so bumpy the attendants couldn't leave their seats for much of the flight. When they could stand, they served drinks and immediately said they would be picking up all drinks so please "drink up".

We found this guy waiting for us in Los Angeles: 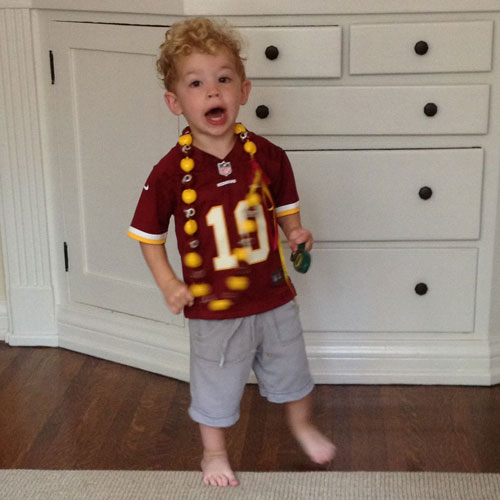 Leo (25 months) is wearing his Redskins jersey, Redskins beads... and he is singing along to a University of Oregon bottle opener that plays the Duck fight song when a bottle is opened. Poor kid is probably going to grow up so confused.

Interesting to probably only me, Leo first wore this jersey on December 30th of last year - only 9 months ago. Then it was so big on him - basically a dress - and now Lenny is wondering if it will make through the NFL season. 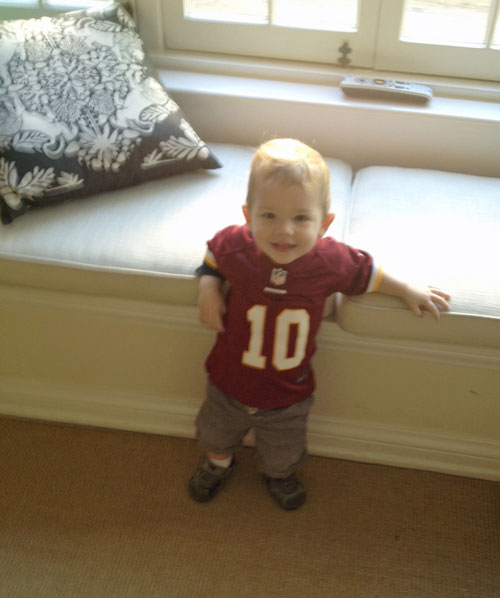 Ex-Duck football coach, Chip Kelly, was pretty tough on the 'Skins tonight. I was cheering for the Redskins, wearing my Redskin jersey (and my beads whenever Leo wasn't). Go 'Skins!

Until my next update, I remain, your "of course, Lenny made his prize-winning dip tonight" correspondent.