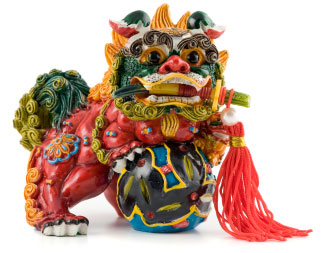 Indio, California:  We certainly celebrate a lot of stuff in this family, eh? We have the Jewish New Year, the January 1st New Year and today we celebrate the Lunar New Year. I do not make resolutions for any of these occurrences or I would be really fit & thin, super organized and I wouldn't have ten unfinished needlepoint canvases in a closet at home.

Late last night, the interweb, facebook and the twittersphere started blowing up with rumors - and "substantiated reports" - that Oregon head football coach Chip Kelly was leaving to become the head coach of the Tampa Bay Buccaneers. I was shocked, especially since I knew Mr. Kelly had just built a fabulous home in Eugene, Oregon. Building a home is a sign you plan to put down roots. But, I am just a lowly donor season ticket holderfan. The lure of the NFL and big bucks may have been enough to persuade Coach Kelly to move to sunny Florida. Other interesting rumors said Kelly must know the University was going to be sanctioned by the NCAA, so he was leaving. Goodness - what was going on?

First thing this morning, Coach Kelly made it official - it was a tempting offer, but at the last minute, Chip decided to remain at Oregon, where (he claimed) he had unfinished business. Whew! That was a close call. All that tweeting and worrying for nothing. 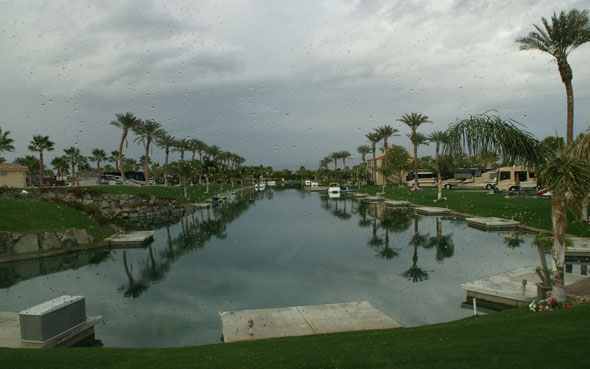 Taken through the windscreen - yes, that is rain! 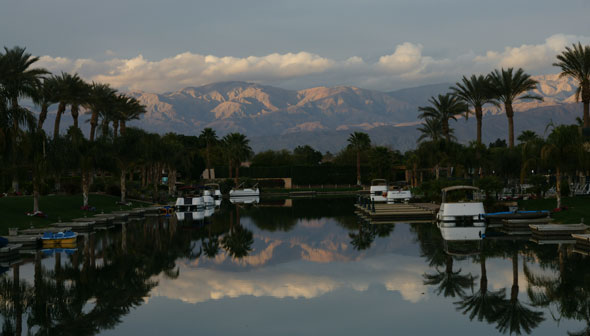 Kung Pao Chicken... but this time without the POW of fiery chilies... didn't think my still-tender tummy would appreciate the heat. And frankly, I was not yet willing to trust eating in a restaurant. Soon. 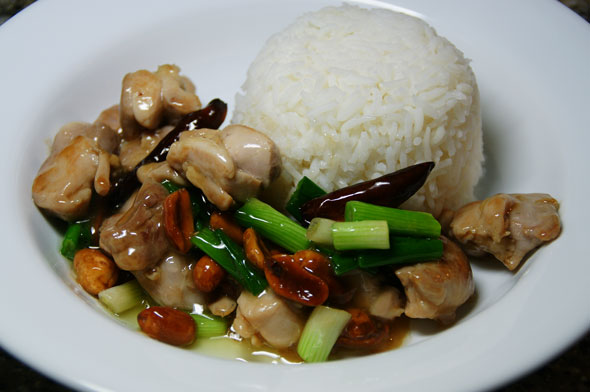 I will leave you with a piece of information, useful if you are ever dining at a Chinese restaurant with Alex Trebek (hey, it could happen): the word chopstick translates literally to fast wood.

Until my next update, where I may actually leave the motorhome, I remain, your bland correspondent.

« Sicko This and That – and Cauliflower »