Los Angeles, California: A few months ago, the City of Los Angeles opened a new park stretching three blocks from the door of City Hall. Grand Park is called "a park for everyone" - especially if you are a toddler and it is a hot weekend day. 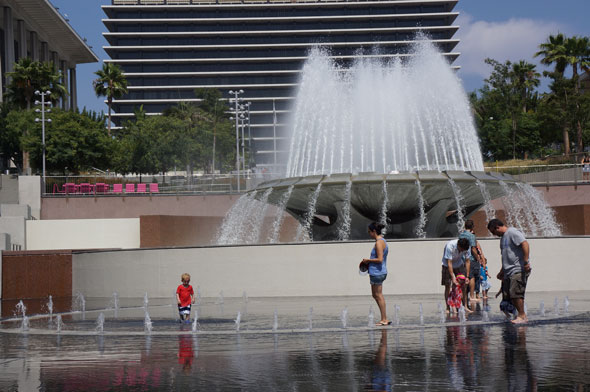 Lisa, DT and Leo splashed around in the water fountain for an hour or so, while I snapped photos. Leo really loves to play in these little water parks for kids. 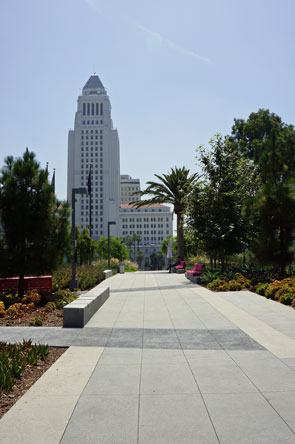 "A park for everyone" and Los Angeles City Hall

on Leo's bedroom wall. (I supervised.) 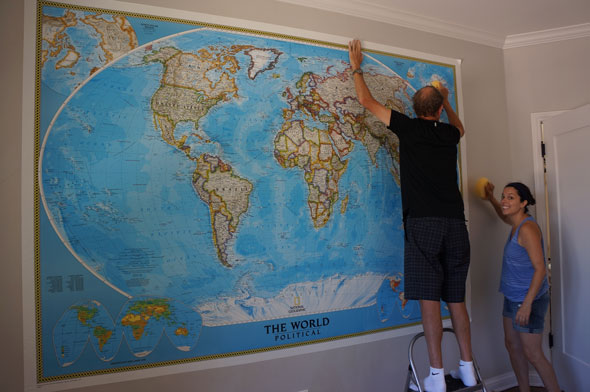 The three panels went on quickly with wallpaper paste. Lisa and her Dad did a great job. Now Leo can see the entire world from his bed. 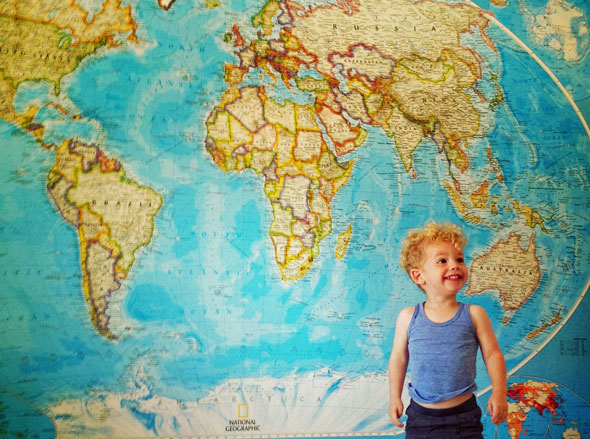 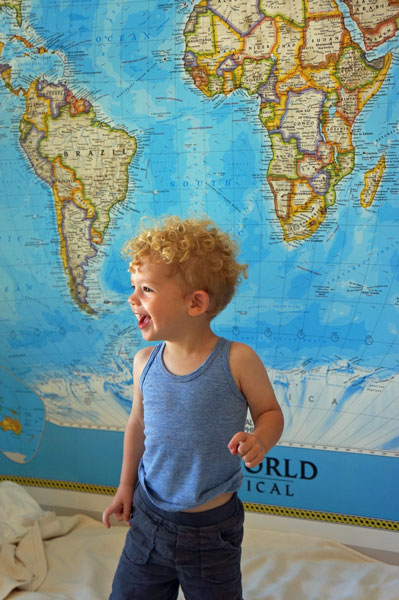 Oh, the places he will go!

Until my next update, I remain, your worldly correspondent.
« Leo’s Birthday Party Hello from England »