If you have read my blog for any time at all, you know I am a huge track & field fan. Always have been. Always will be. I adore the athletes. I am amazed at their determination. Their skill. Their bodies. Their speed. Heights. Lengths. Etc. Mostly, I just admire the fact that every day they are out there training, racing, jumping, and throwing.

Did you hear that, steeplechasers?

A few days ago, the International Association of Athletics Federation celebrated the sport with their annual Gala in Monaco. America's Sanya Richards was crowned Female Athlete of the Year and Jamaica's Usain Bolt was chosen as the Male Athlete of the Year. Congratulations! (This was a huge day for Jamaica, as Ms. Richards was born in Jamaica!) The event was hosted by Albert II, Sovereign Prince of Monaco (aka Grace Kelly's kid). Prince Albert is a prominent patron of the sport and many world-class athletes live and train in the beautiful facilities provided by the Principality of Monaco.

The following photos are courtesy of PhotoRun. 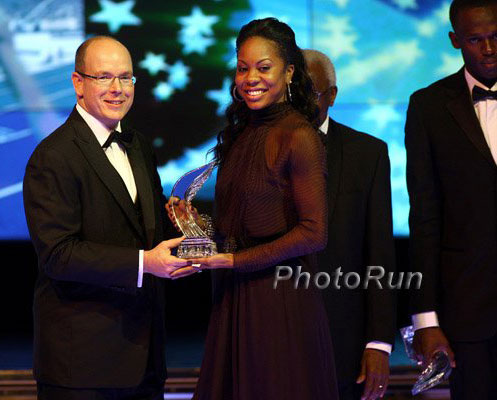 Prince Albert awards Sanya Richards Female Athlete of the Year -
Mr. Bolt is on the right 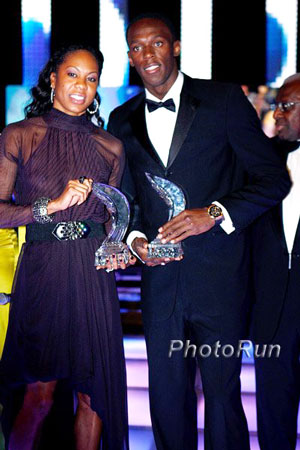 Athletes of the Year

Seriously - wouldn't they make the cutest couple? And who wouldn't want some of that DNA? (Sanya Richards is engaged to Aaron Ross, cornerback for the New York Giants.)

But the highlight of the evening was (in my own opinion) Blanca Vlasic of Croatia. 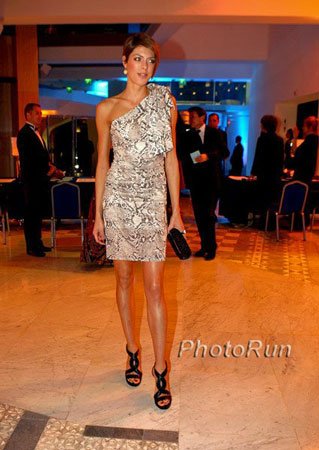 Bet she doesn't have to wait for a tall person to come down the aisle at the grocery store to reach something for her.

Blanca Vlasic is a high jumper. World Champion High Jumper. Her dad, a former decathlete, is her coach. The girl is twelve feet taller than me and weighs the same as one of my thighs. I adore her. Ms. Vlasic is a fabulous athlete, loves the crowd and is never, never, never, never without her beautiful smile and happy disposition - even when she misses a height.

Blanca is a charmer. 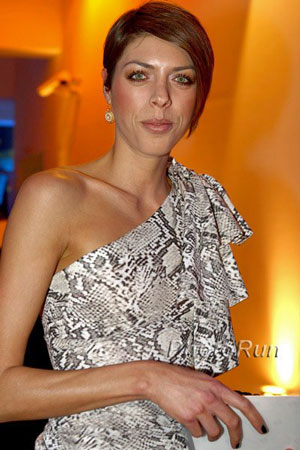 Here are a few photos of Ms. Vlasic competing: 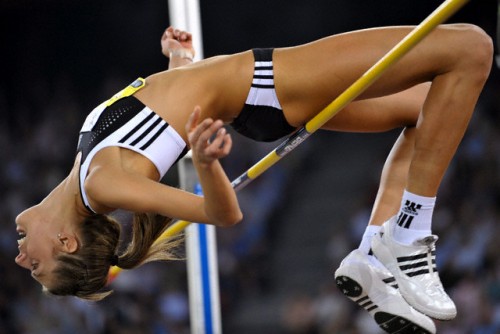 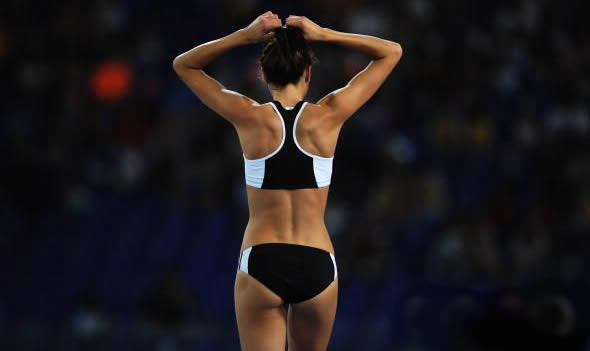 Is track & field a great sport, or what? 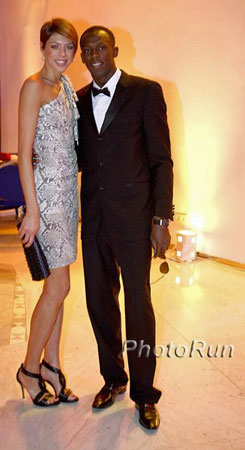 Blanca & Usain at the Gala

I told you she was tall! Dang - more enviable DNA.

Don't you just love she is wearing spike heels!

Congratulations to Ms. Richards and Mr. (Lightning) Bolt - and to all the athletes of The One True Sport!

Until my next update, I remain, your channeling-Perez correspondent.