Indio, California: Dave's brother, Steve, and his wife, Gina, stopped by to spend a few days with us on their way to the Tucson Gem Show. We had a great time - watched the Super Bowl together - and had several nice meals.

One afternoon we took them over to the polo grounds. Gina is a horse person, so we knew she would love to see the fields and all the horses. They were pretty blown-away by the facility, as is everyone and anyone who spends even a few minutes staring at a polo field. Imagine nine football fields, merged into one carpet-like lawn. Gina said her horse, Doc, would have taken-off roaring down that field in pure bliss. But, there isn't just one field on this facility. Actually, I can't even try to count how many polo fields are within the walls (that also host the Coachella Music Festival). Ten? Twelve? So many stables. Gorgeous landscaping as well.

After burgers at the popular Tack Room Tavern, we took them out to the rose garden at the Empire Polo Club. None of the fountains were "on" this afternoon, but it was a beautiful warm day and the roses were blooming. I snapped a few photos: 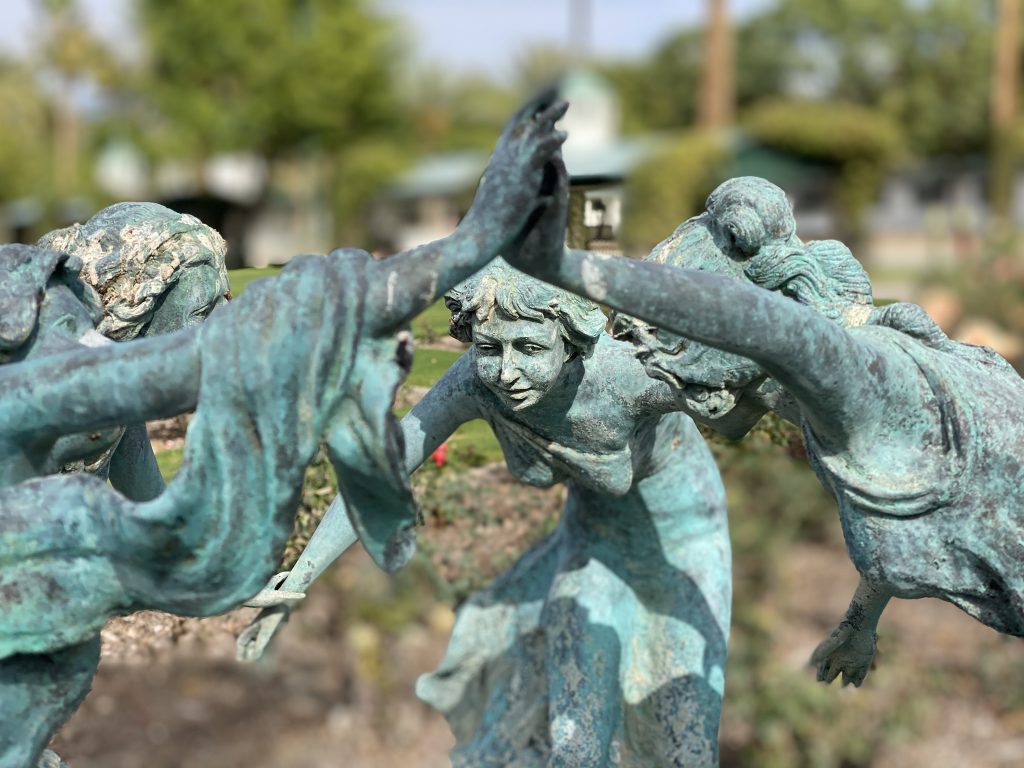 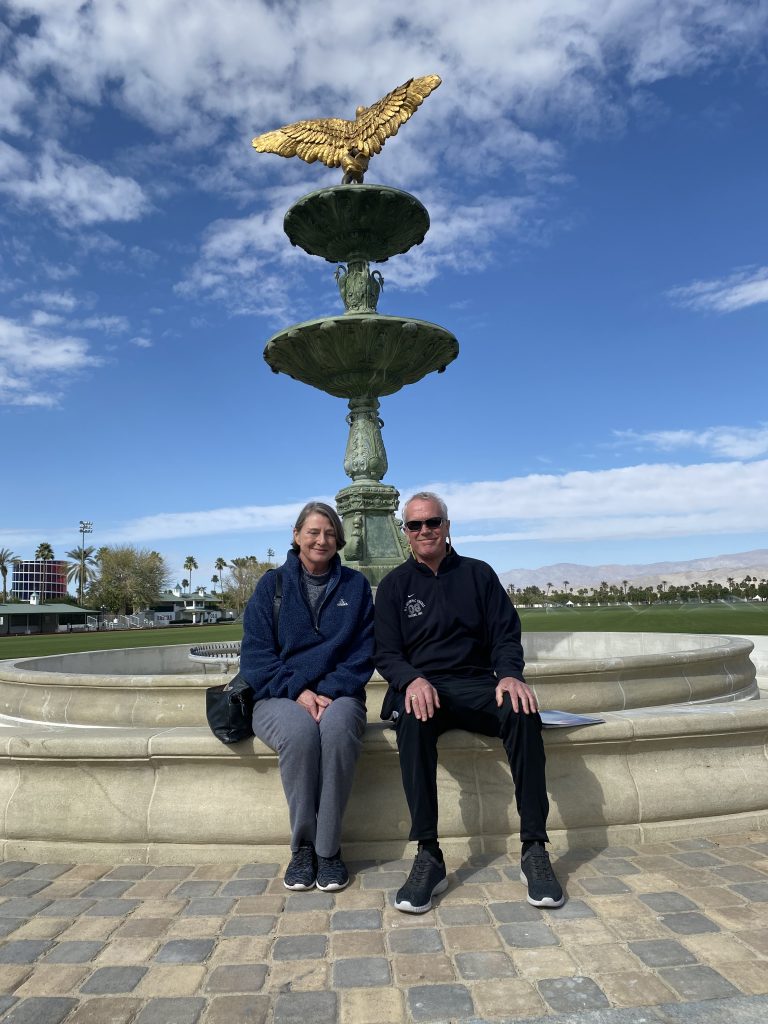 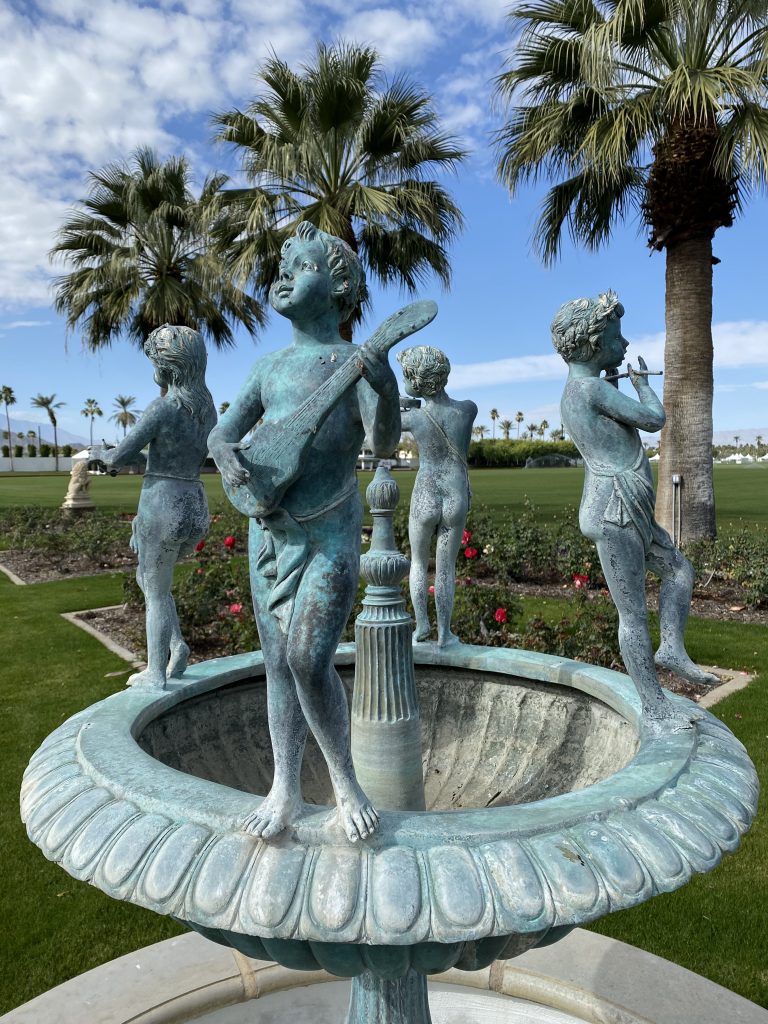 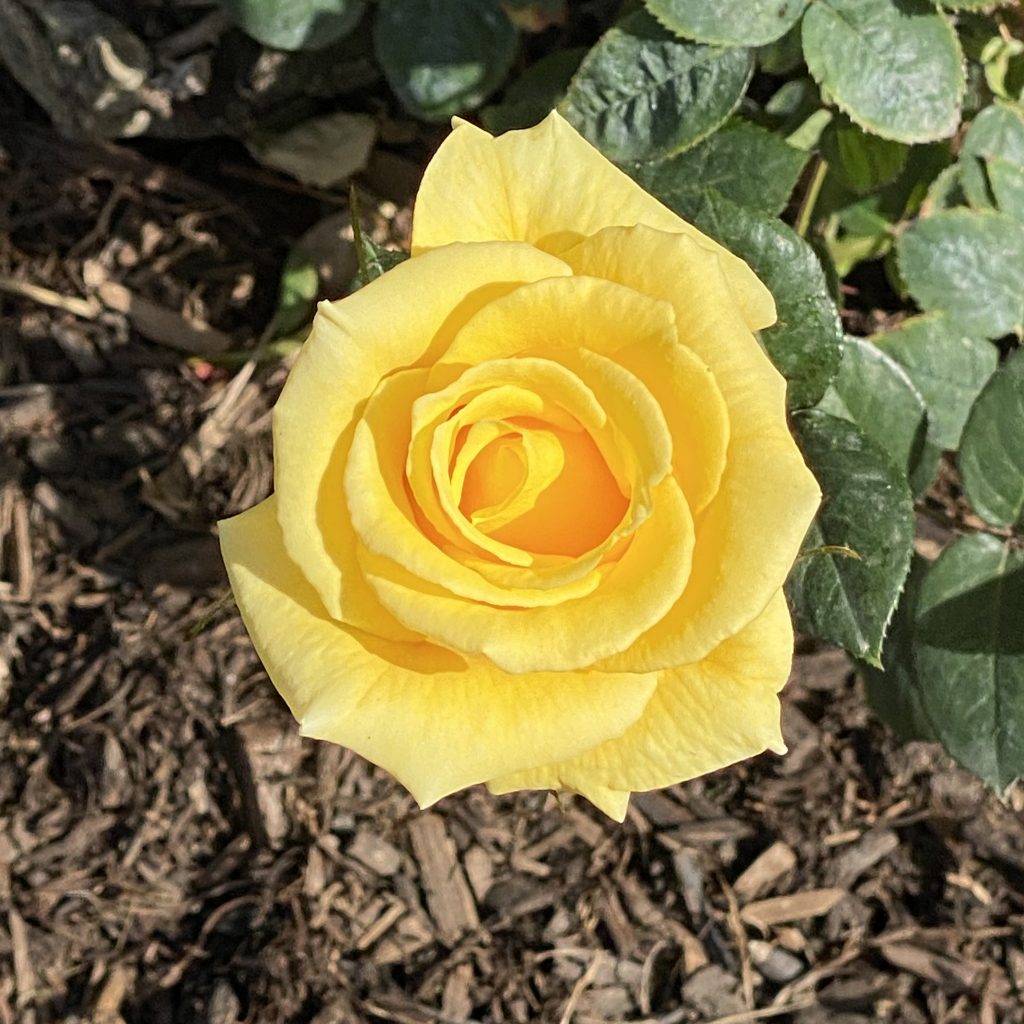 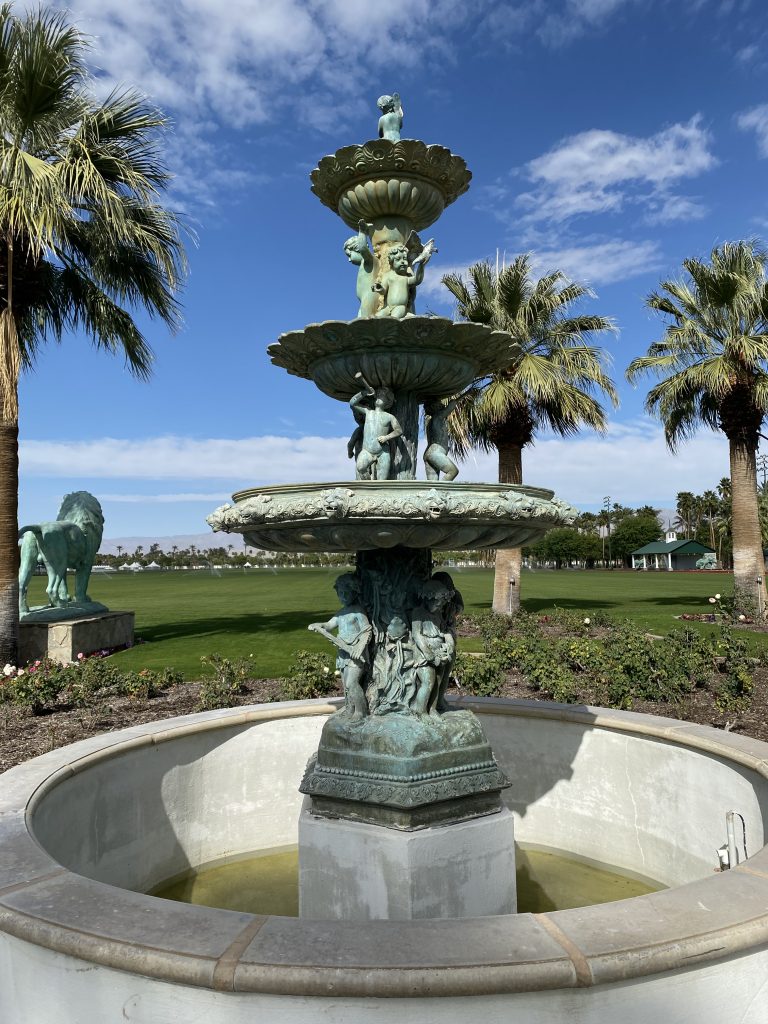 We also showed them around Old Town La Quinta and stopped at La Quinta Resort, where Lisa and Lenny were married. Such a beautiful property! There were a zillion flowers planted and bananas on the banana trees! 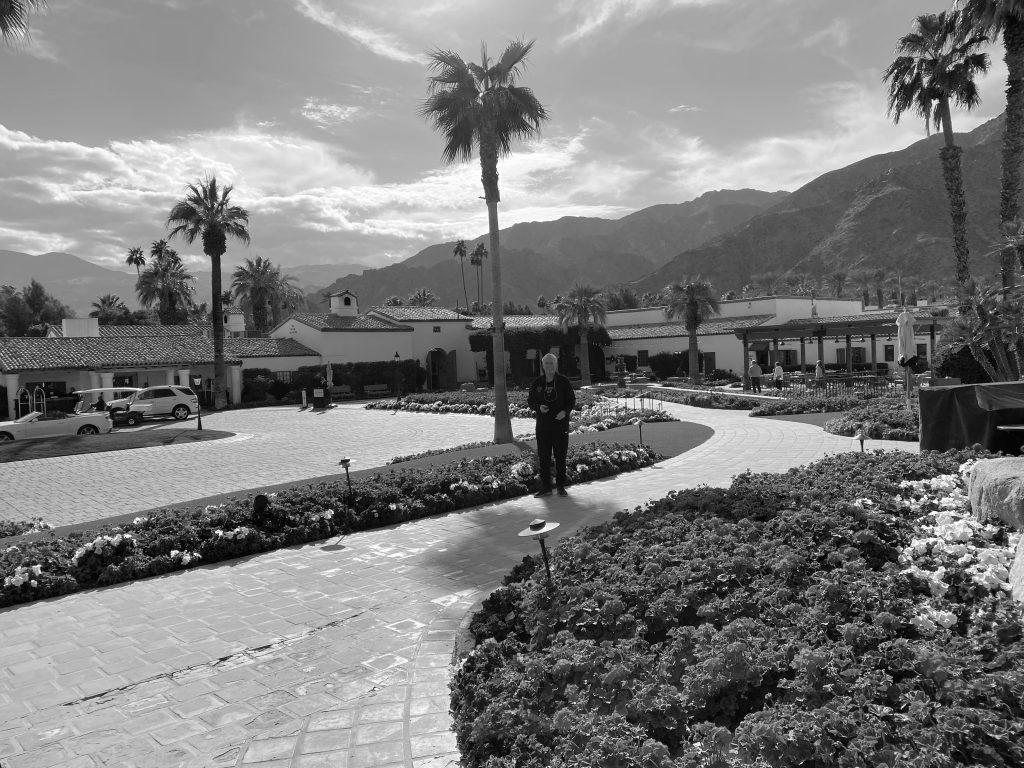 Always great to spend time with family, and we think they will stop again on their way home (Sacramento).

Chiropractic Update: I am improving more and more every day. I am back exercising, still icing and stretching. I must get healed - the kids are coming for President's Day Weekend.