Indio, California:  Today was the coolest day since we have arrived in the desert. Really needed a sweater. The sun didn't come out fully all day. 62 degrees. Since it is snowing at home, needing a sweater felt like a good thing.

We had lunch plans with friends from Oregon. We tried a new French place in La Quinta - La Brasserie Bistro. (How can a restaurant be a brasserie and a bistro?) The food was very good and the restaurant was quite charming and felt very "French". I really want to go back for dinner sometime soon.

After lunch, we returned to the RV and I started cooking. I am bringing a three-step Greek casserole to Los Angeles in the morning, so I prepared two of the steps tonight and will assemble the dish in the morning. 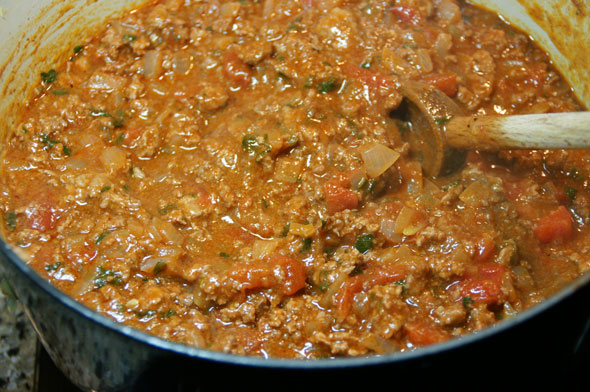 The spoon could actually "stand up" in this rich sauce

Yes, I said cinnamon and cloves. It's Greek! 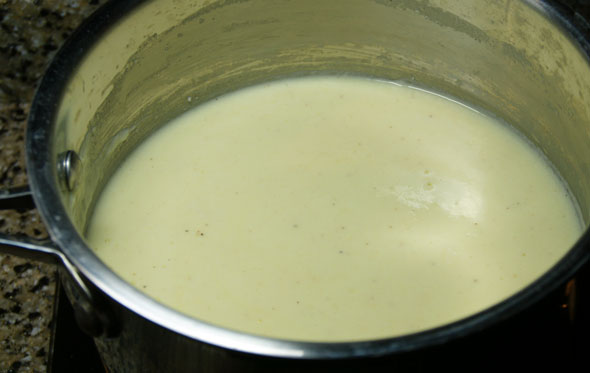 The sauce starts with a basic béchamel (white sauce) and then incorporates cheese and eggs and nutmeg.

Yes, I said nutmeg. It's Greek! 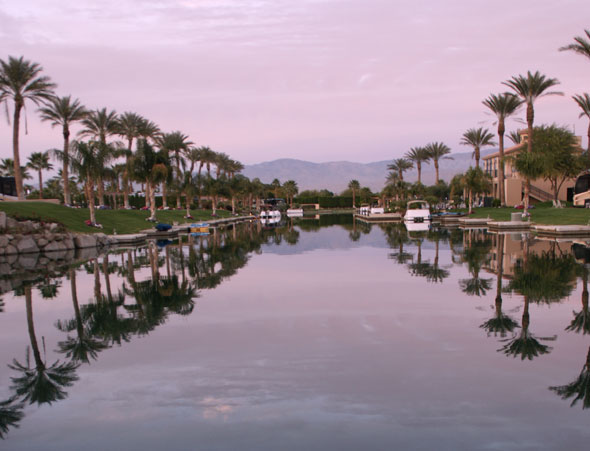 The cloud cover gave us a pretty sky and a pretty sunset.

Wait a minute... what's in the water? The Loch Ness Monster? 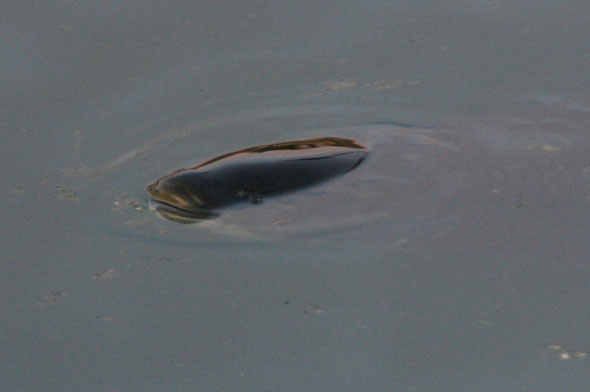 Nope, just one of the thirty million fish living in the canal.

This afternoon, Reader Mark stopped by to say hello. He is in town for the FMCA rally - shopping for their first motorhome. Mark is of Greek heritage and thankfully taught me how to pronounce patitsio. It's always good to be able to pronounce what you are eating. Thank you, Mark - and if you give me a little warning next-time, I promise not to be in sweat pants. (NOTE TO SELF: dress nicely, full-make up, pearls and heels 24 hours a day. Poor Mark. They weren't even sweat pants - they were leggings. Mark will be fine once a few months of electro-shock treatments erase the image of my beefy thighs from his mind.)

After cooking the meat sauce and the white sauce, I decided to make the date bars (remember DT took me all the way to Thermal to buy organic dates?). I used a recipe from David Lebovitz website and followed it exactly (pretty much). His recipe called for pecans and I used walnuts.

I may have also substituted more rum for vanilla extract. 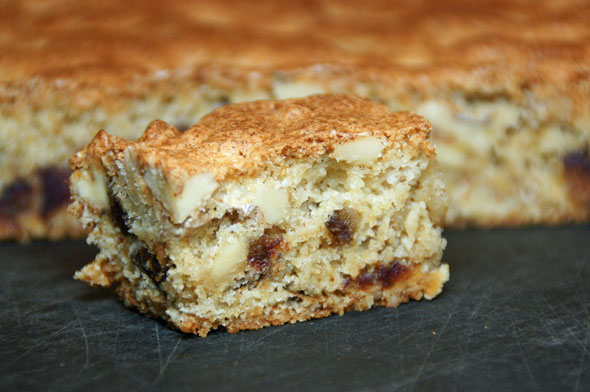 The bars turned-out so lovely and they are just delicious! I am taking them to Los Angeles tomorrow, because I want them out of here or I will eat them all. Gooey. Chewy. Boozy. Perfection.

So, what does a girl do after lunching and cooking all afternoon? She goes out to dinner of course! We met more Oregon friends for a lovely Italian meal at Chapelli's, near Old Town La Quinta. I know this restaurant has been mentioned on this site previously. Chapelli's is such a surprise - it is in a strip mall, next to a supermarket! The first time we went inside, I was so surprised to find the lovely interior. It's like being transported to Italy. Delicious foods. Delicious friends.

Until my next update, from El Lay, I remain, your Greek correspondent.