Dave and I had arranged a full day of Oregon Tourism for the roommate reunion. This group has a great interest in Oregon food and wine, so we took them wine tasting and lunch at one of our favorite haunts in Dundee, Oregon. We borrowed Mary and Steve's Suburban, asked our house sitter, Brandon, to be our Designated Driver and we set-off in a terrible windy rain storm. The weather could not have been much worse.

Our first stop (skip ahead if you have read this before) was to the new fantastic tasting facility recently opened by our neighbors, Ponzi Wines. 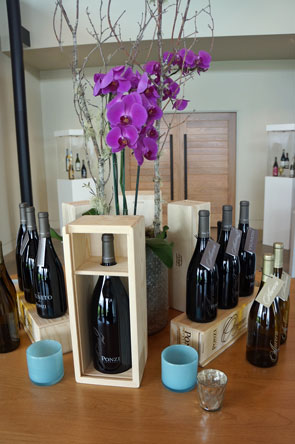 We six split a bottle of sparkling pinot noir - Cin Cin - as our friends admired the beautiful new space. Too bad it was so cloudy and foggy, because usually the views west from Ponzi Sherwood are remarkable. 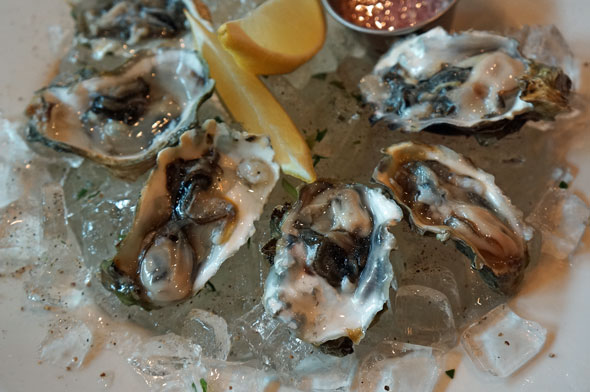 Next on our itinerary was lunch at another Ponzi establishment, The Dundee Bistro. We had a reserved table for eight and enjoyed such a lovely time and great foods, including Oregon oysters and spicy grilled Padron peppers. 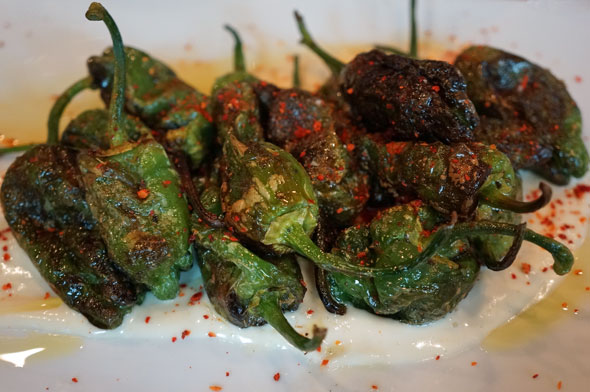 After lunch we visited a few of the usual places on our tour, including the Oregon Olive Mill and then went to Domaine Drouhin. The pinot harvest was in full rush-mode. The rainy weather was forcing the workers to get the grapes in sooner than later. Mayhem. 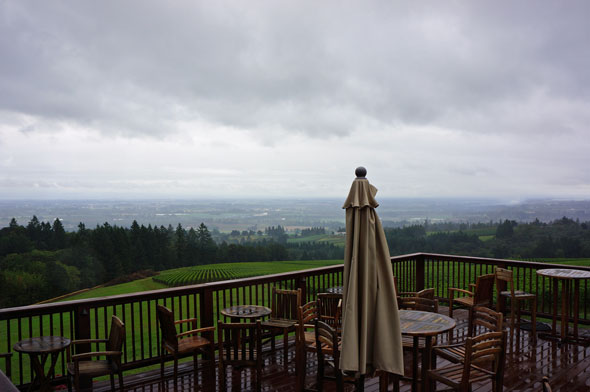 The weather grew worse and worse, so we pointed the Suburban home, making one little last stop at Argyle - known for their bubbly.

Don't y'all worry. DT did not snag that glass from my hand.

Back at the ranch... DT made a fire, we watched the rain and probably some sports on TV. Much later, DT and I began preparing a lovely Shabbat meal (skip ahead if you know this part already) - grilled butterflied chicken, roasted potatoes, Israeli Salad and Challah. All would have gone perfectly if only our grill had not run-out of propane. We're classy like that.

The chicken was finished in the oven, the potatoes were a little over-done, but no one seemed to notice/care. Sierra lit the Sabbath candles, Marcia recited prayers (in Hebrew!) and then Sierra stood on a chair to light the candelabra over the dining room table. 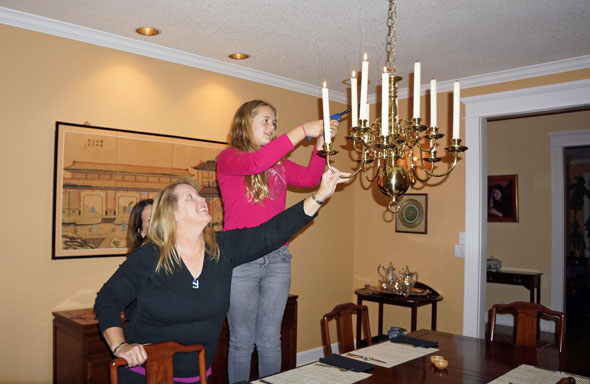 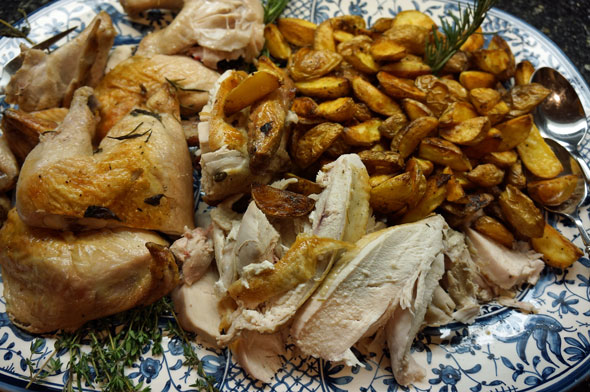 Though our oddly-timed meal was decent, the dessert was really interesting. Red just loves ice cream and I had an idea to make Maple-Bacon ice cream. I candied six slices of turkey bacon with pure maple syrup (I guarantee pork bacon would be so much better in this) and minced the crisp sticks. I made my usual basic ice cream recipe, but used maple sugar instead of white sugar and used a tablespoon of Jack Daniels instead of vanilla. Just as the ice cream finished churning, I added the candied bacon "bits" and put the concoction in a container to set up for a few days. 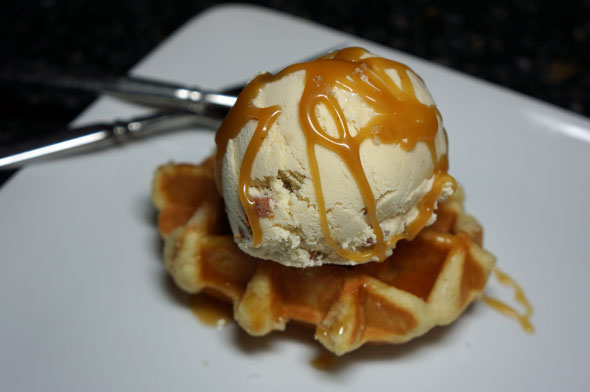 To serve, I placed a scoop of the Maple-Bacon ice cream on a teeny little vanilla Julian's Belgian Style Waffle and drizzled a little caramel over the top, garnished with flaky sea salt.

I'm not going to lie. This was pretty dang delicious. Really sweet though - even though I only used a half cup of maple sugar in the quart of ice cream. The waffle itself was very sweet. (The package actually states "NO SYRUP REQUIRED".) Red loved my attempt, so I was happy enough with his compliments.

Another great day with great friends, great food and great wine. Until my next update, I remain, your grateful correspondent.
« Forty Years Weekend Recap »