Los Angeles, California:  What could be more wholesome than spending Father's Day with your daughter and her family?

Spending the day at the horse track, obviously! 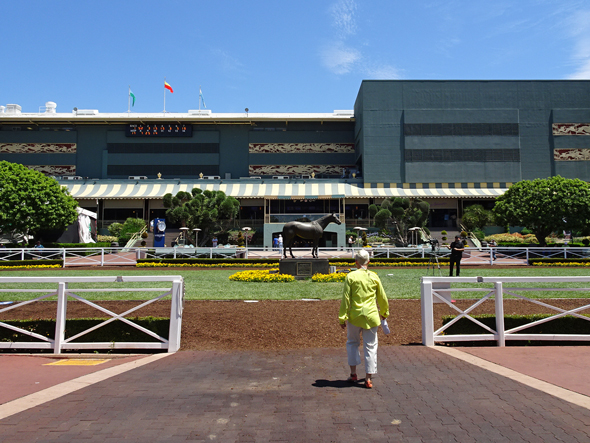 Lisa planned a "day at the races" at Santa Anita for Lenny and Dave to celebrate Father's Day. Though I suppose gambling may not be the best activity for children, these children hadn't a clue the Dad's were betting on horses, nor do I suppose a $2 bet is much of a bet. We had fun and the only problem was the heat. It was 102° at the race track.

Our seats were outside, in the shade. All the indoor areas were air conditioned to an arctic temperature. The excursion isn't even expensive. Parking is only $4, and the race track is now serviced by light rail. General admission is $5, but we splurged for the $10 club seats because club seats have a back rest. Leo and Lucy were free. There are many seating options, from bleachers to luxury sky boxes.

Before the first race, we went into the prep area to watch the horses getting ready to race. The kids had a close-up view of the horses, a few were available to pet, but most were in very serious pre-race mode. Lots of brushing and, due to the heat, several ice baths poured over the horses. 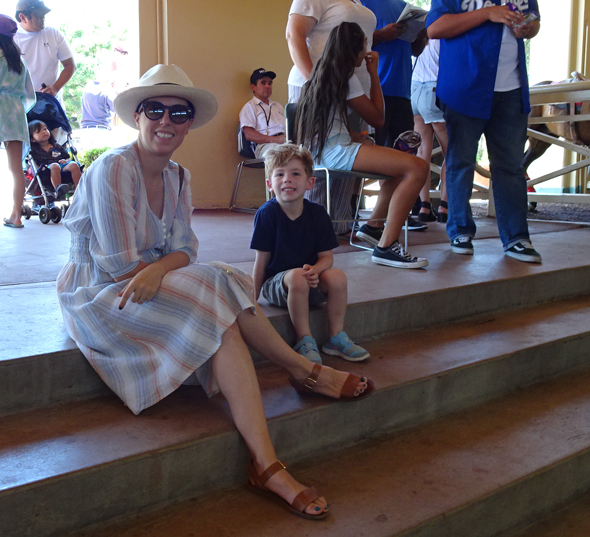 Lisa and Leo in the pre-race area

The race facility is a gorgeous piece of architecture and history. Opened in 1935, Santa Anita is home to many iconic moments of the Sport of Kings, and famed race horse, Seabiscuit. The art deco buildings were completely renovated in 2013. It is worth visiting the park, just to experience the facility. 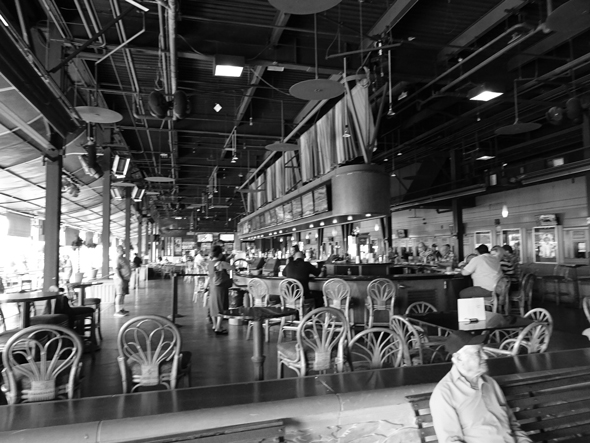 We chose seats in the shade near the track, so Leo could hang out on the rail during races to watch the action and hear the thundering horses as they flew past. We also could watch the horses as they entered the track with their jockeys - all pretty and shiny and clean - and watch them leave the track after their race - sweaty, dirty, unsaddled and hosed-down with cooling water for several minutes by attendants. All was very interesting. 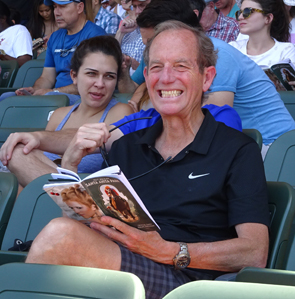 Due to the weather, we only stayed through six races. It was enough. We may have won a few dollars, but after buying lunch and a cold beer, I'd say it was a wash - but we had fun.

Lisa prepared an incredible dinner for Lenny and Dave - French Dips. Veggie French Dips. Lisa made a mushroom-rich onion stock for the au jus. Instead of sliced beef, she roasted onions and sliced portabella mushrooms. Stuffed into sliced baguettes with gruyere cheese, the French Dips were just wonderful. Lisa even made truffled aioli to accompany the fries. Arugula greens (tossed with lemon, olive oil, salt and pepper) were also served. Gourmet. She is such a good cook. 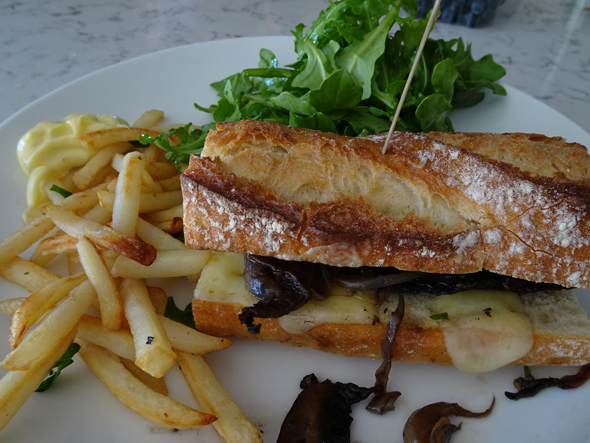 There may have been a bit of butter in the au jus: 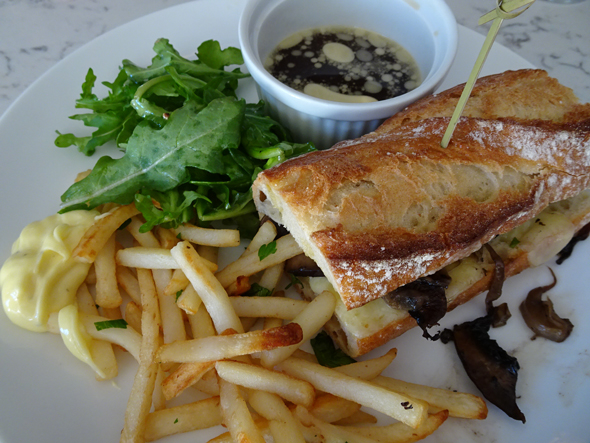 It was a very long, very hot day. The kids were tired, the adults were tired. I will leave you with a funny photo of Sweet Little Lucy, trying-on my readers: 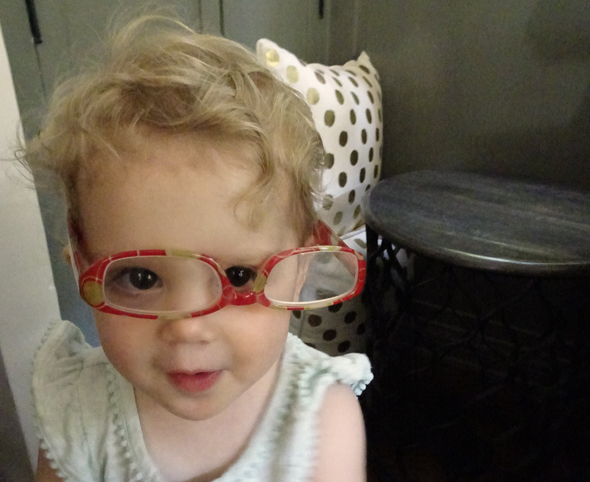 Until my next update, I remain, your celebratory correspondent.
« Back in Los Angeles Natural History Museum »