Indio, California: I am somewhat surprised (and happy) everyday that so many people find their way to this little website. I assume most Readers end up here because they have reached the very dead-end-last page of the interweb - and there I am. But, wow, was I super surprised to learn Mother Nature Herownself reads my blog.

Remember yesterday when I was complaining about the constant dust storms and wrote: Seriously, Mother Nature, we need to have a talk?

She heard me, and responded last evening with a brush fire and an earthquake. 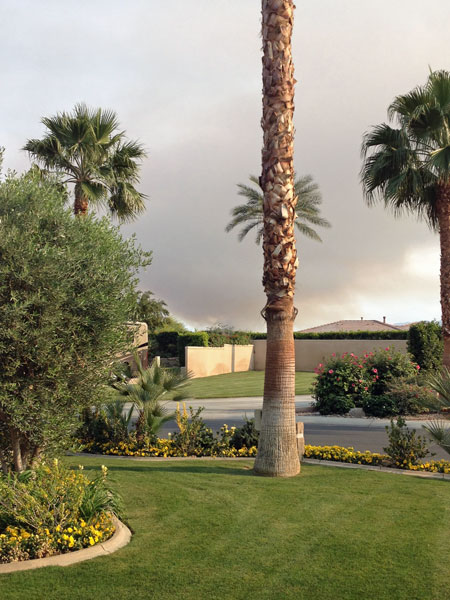 Late afternoon, there was a 93-acre brush fire just south of the RV resort. No one was injured, no structures were damaged, but the fire sure contributed to the poor air quality. The 10mph "breeze" didn't help the fire fighters much either. 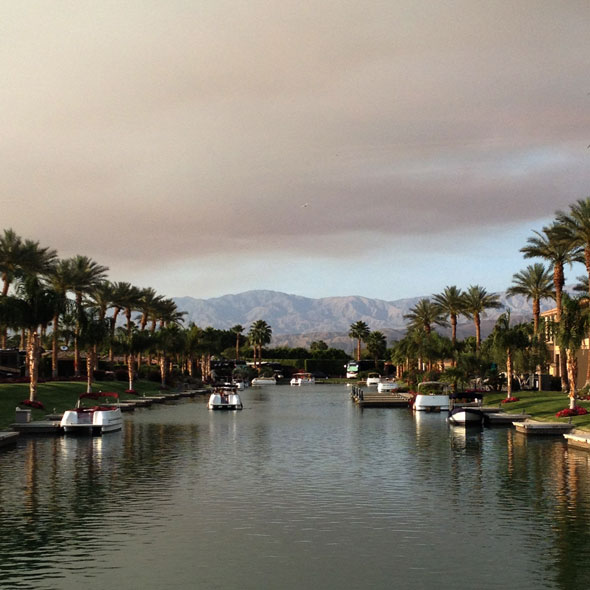 It was a smoky evening. We spent the evening outside, watching the NCAA basketball tournament inside our covered pavilion. I prepared a healthy vegetarian meal - Warm Potato Salad with Arugula - except this time, I used sweet potato. 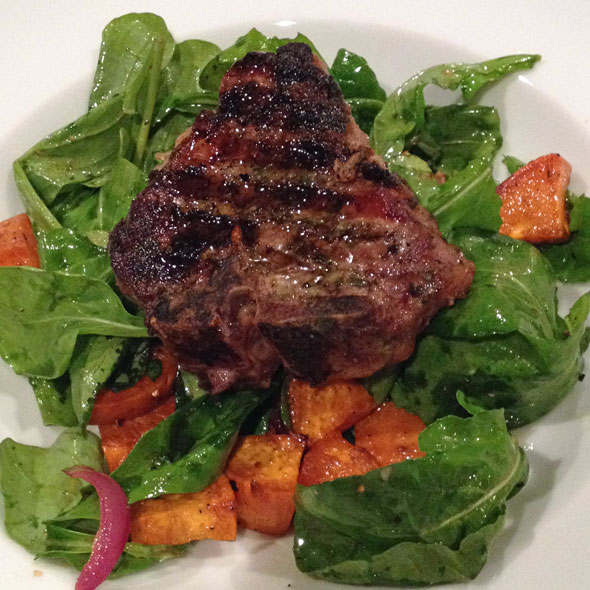 Oops, did I say "vegetarian" meal? I made a vegetarian meal. My Driver grilled two teeny lamb chops... as garnish. (I marinated the lamb chops in a paste of rosemary and mint from our herb garden, lemon zest, garlic, salt, pepper and a little olive oil.)

Just after nine o'clock, we felt the 5.4 earthquake. Centered 90 miles west of us, it still really rocked us while seated on our patio chairs. A few minutes later, we felt another little jolt. Much closer to the epicenter, Lisa and Lenny really felt the rumbler in Los Angeles. (Little Leo was in his bed, but still awake, and pulled the covers over his head. Is a toddler old enough for an earthquake drill?) The earth has been moving for days around El Habra (just east of LA), with hundreds of non-noticeable 1.2-ish quakes, and since the 5.4 quake, the earth has moved more than 100 times today. So far.

Okay, Mother Nature. You win. I seriously do not want a flood or a plague of locusts this week.

We tried to drive out to the burn site this afternoon. Fire patrols were still scouting for hot spots, so the roads were closed to curiosity-seekers. As long as we were out, we stopped at El Mexicali for lunch. 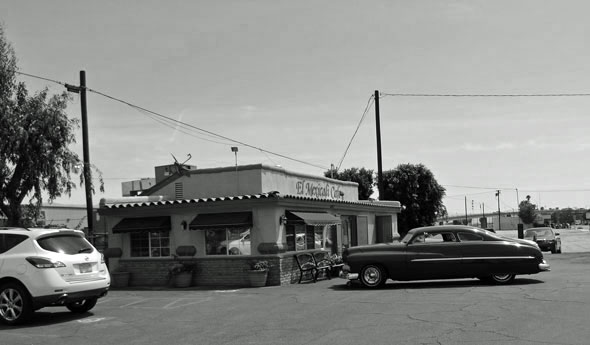 As I've written before, if we hadn't heard this was a great place, we would have just continued to drive past El Mexicali Cafe. It resembles an old gas station, bus depot or maybe a tire repair facility. The bathrooms can only be reached from outside, and El Mexicali sits about (what feels like) 2 feet from the train tracks running behind the building. When a train goes by, it feels like an earthquake. We've been here many times now and the food is always good. 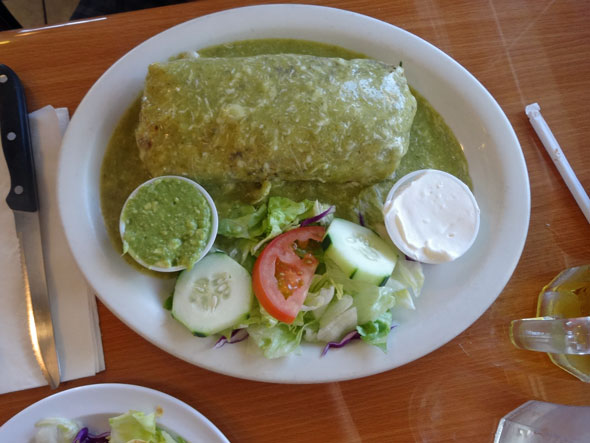 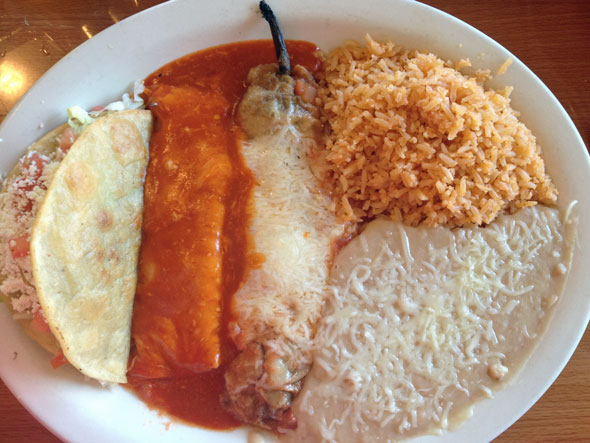 Until my next update, I remain, your shaken, not stirred, correspondent.