TrackTown, USA: Another big game for the Oregon Ducks, and our largest tailgate party of the season. Woody made two big pots of chili - traditional beef and a chicken white bean combo. Both were fantastic and gobbled up by the hordes. 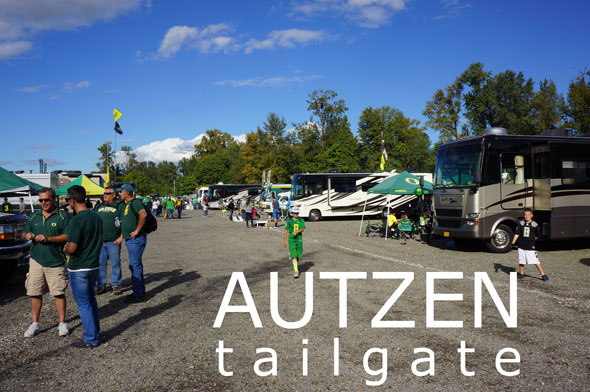 The University of Oregon does not tailgate like most other large American universities. The parking around the football stadium is very limited and they keep making it harder to get a spot because they keep building soccer fields and baseball fields where there used to be tailgating sites. And it is expensive. First you have to donate enough money to the Athletic Department to be able to have the right to purchase the parking spot for a RV, then you have to buy the parking spot. Ouch. To top this all off, UO does not allow over-night camping/parking at Autzen. 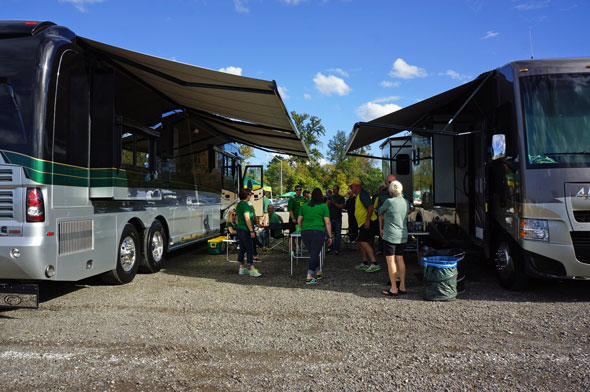 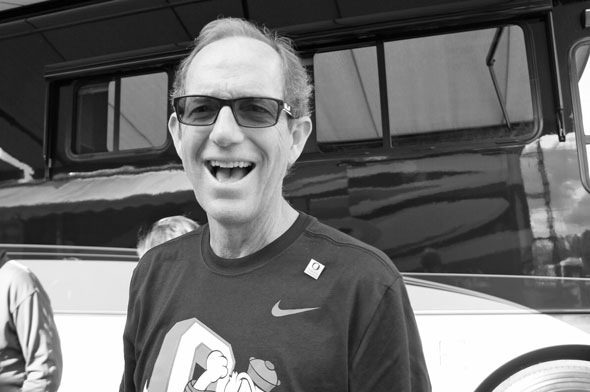 It is the ideal tailgating situation and makes My Driver very happy. 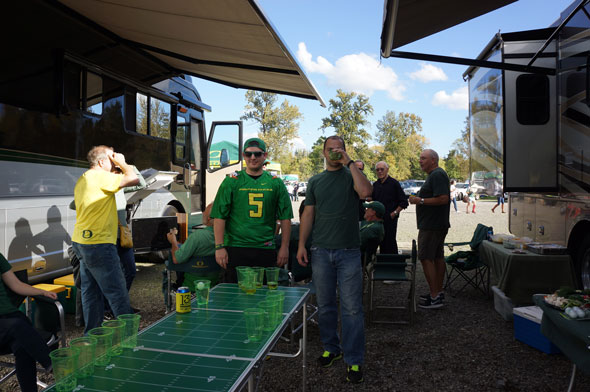 We had a lot of kids (and by kids, I mean our own kids, who are now out of college, many are married and several are over 30 years of age) at the tailgate today and a beer pong table suddenly appeared.

And we had super-long-time friends at our tailgate: 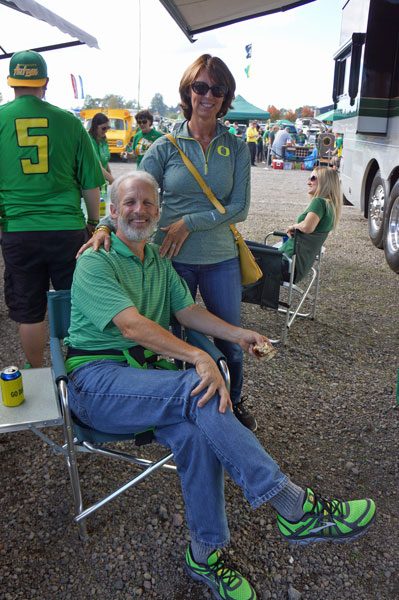 Tamra, standing, lived in Taiwan with her husband, the same years we were in Taipei. We have remained close and are godparents to their daughter. Tamra and her husband were at Lisa's wedding. Michael, seated, arrived to the Philippines to work with Dave one week before Lisa was born. I was as big as a cow when fetching him at the airport. He was the first person to meet Our Little Girl. Michael and his wife were at Lisa's wedding as well. I was doing fine walking Lisa down the aisle - until my eyes locked on Michael's - and a flood of memories caused me to burst into tears, realizing how many people loved Lisa. Michael gets all the credit for my screwed-up blubbering, mascara-streaked face in all the wedding photos.

We also had a seaveral tracksters stop by, including children of DT's college teammate, Matt Centrowitz: 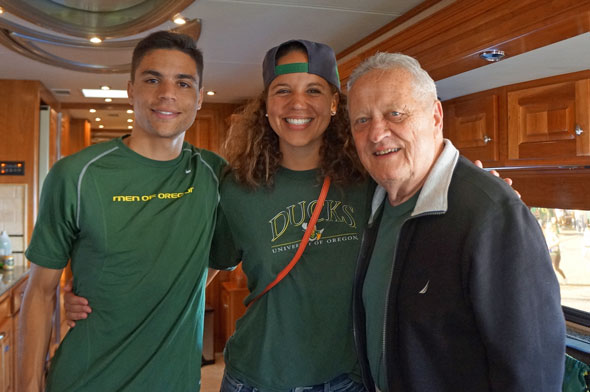 There was a very cool old wooden teardrop trailer parked behind our motorhome today.Bulleit Whiskey was having a tasting! 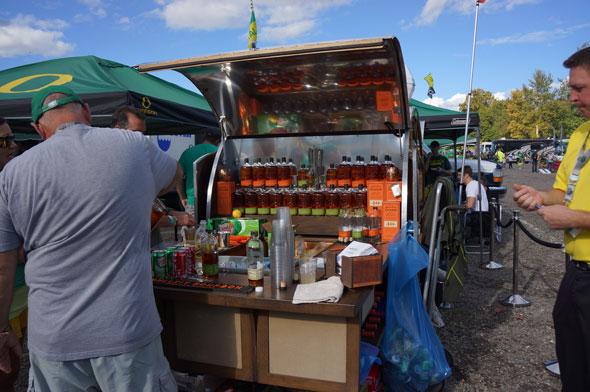 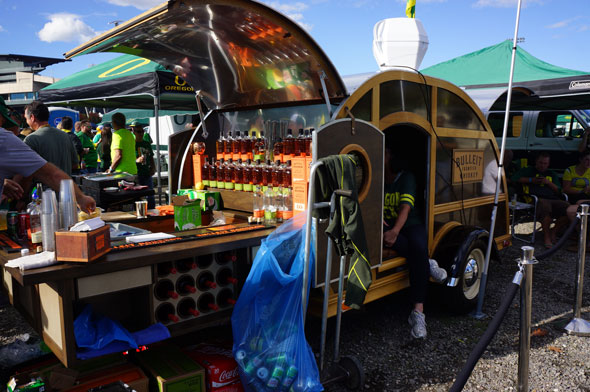 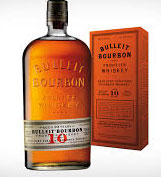 I was busy with my own tailgate party, so didn't head over there until they were packing-up the teardrop and loading her into a large trailer. The teardrop was headed to Kansas City for the first game of the World Series. I told them to have a safe trip and we started chatting. One of the very friendly men from Kentucky asked me if that wasn't a certain Boston Marathon winner at our tailgate party? Yes! Turns out he is a runner, a huge track fan and told me Steve Prefontaine was his idol. When I told him DT ran with Pre in college and they were on a national cross country championship team together, he was super excited. When I told him legendary coach Bill Dellinger had also been at our tailgate, I thought he was going to cry. I wish he would have just stopped by to meet the runners at our tailgate earlier! They gave me a lovely bottle of their ten year old Kentucky Bourbon. Thank you very much Bulleit Whiskey, and thanks, Pre!

Another successful tailgate party. Another win for the Ducks! Tomorrow we hit the road - with Kathy, Woody, Mary & Steve - for the Oregon v Cal game Friday night at Levi Stadium (the 49ers home field).

Until my next update, I remain, your super-friendly correspondent.